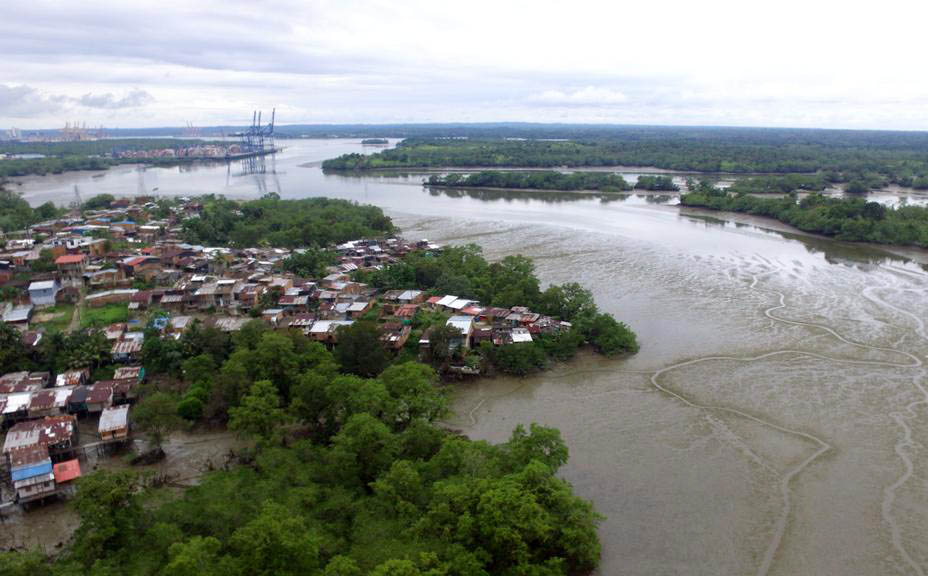 An estuary that empties in the bay of Buenaventura, along Colombia’s Pacific coast, sets a legal precedent for the country after the Special Jurisdiction for Peace (JEP) opened precautionary measures for a location where the remains of disappeared persons are allegedly buried.

The decision to give protection status to the San Antonio Estuary, while the tribunal gathers evidence from families as well as human rights organizations, could potentially open the flood gates for other waterways, including reservoirs and hydro-electric dams, to be classified as “crime scenes” given atrocities committed by the country’s illegal armed groups during more than a half-century of internal conflict.

The tribunal, established as part of the peace accord with the Revolutionary Armed Forces of Colombia (FARC) guerrilla, is a parallel justice system that investigates war crimes, including mass kidnappings, child recruitment and forced disappearances. The petition to grant precautionary measures was presented by more than a dozen organizations, including the Inter-Church Commission for Justice and Peace, Nydia Erika Bautista Foundation for Human Rights and Mothers for Life Association.

The measures give JEP constitutional powers to compile evidence from the Office of the Ombudsman, Attorney General, security forces and demobilized combatants. Among the immediate decisions JEP announced to further the investigation of missing persons in Buenaventura is for the Mayoralty to answer a petition by the representatives of victims organizations to temporarily suspend dredging of the estuary. The widening of the narrow waterway corresponds also to National Highways Institute (Invías) and consortium of private entities. Precautionary measures could suspend all engineering activity along the estuary to allow for the exhumation of bodies.

Home to a population of 360,000 – the majority of whom are Afro-Colombian – Buenaventura is fertile ground for cartels recruiting impoverished youth as drug-runners or combatants in a territorial fight with left-wing guerrillas that extends beyond the city’s limits. According to JEP’s Unit for Disappeared Persons, criminal groups Calima Bloc of AUC, La Empresa and Los Urabeños have “systematically disappeared persons in the San Antonio estuary and surroundings.”

In Buenaventura there are 841 reports of missing persons, among them the nephew of Luz Dary Santiesteban, a founder of Mothers for Life. Mothers for Life represents 87 families, of which 58, have lost a family member to forced disappearance. “There are places that you enter without knowing if you’ll ever leave,” remarked Luz Dary to El Tiempo, referring to the existence of chop houses – casas de pique – where dismemberments take place. Colombian security forces have raided torture houses in neighborhoods close to the San Antonio estuary, and while the gruesome practice of dismemberment has been stymied in recent years with enhanced police and military patrols of slum districts, community leaders, including the bishop of Buenaventura, Rubén Darío Jaramillo, believe it continues because “people are too afraid to denounce.”

Crash of DC-3 in Colombia puts workhorse of the Amazon under...