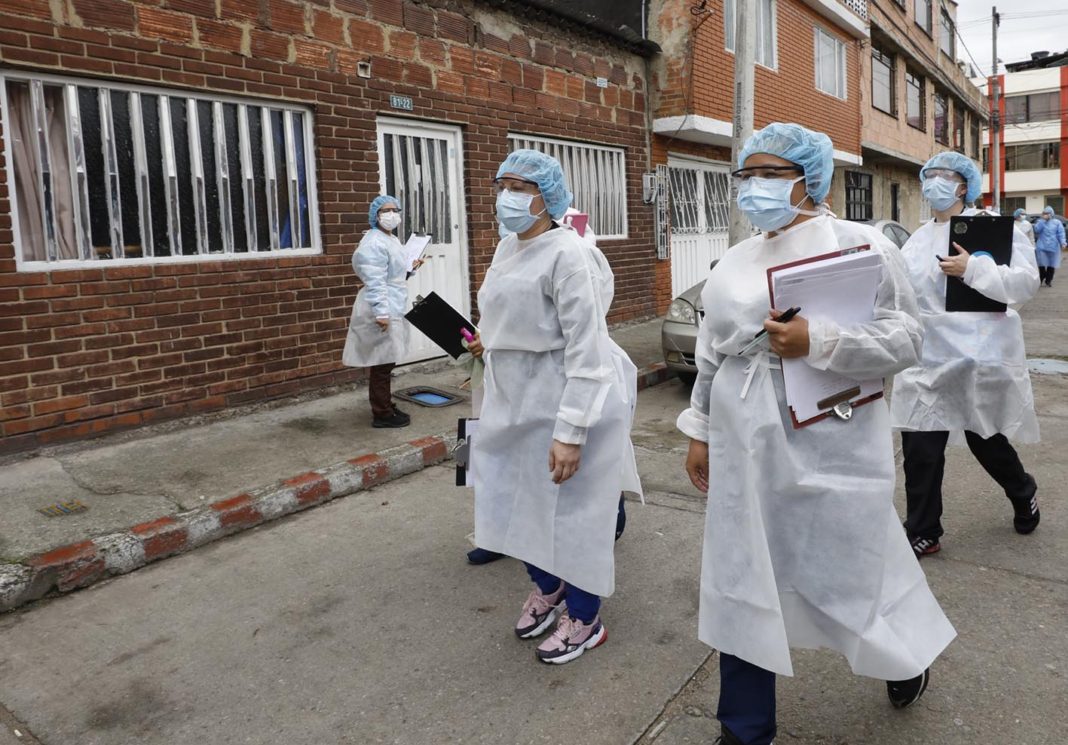 After four consecutive days in which coronavirus declined from a peak last Thursday of 1,766 to 1,209 on Sunday, on Monday, the total number of cases in the country reached 40,719 including the day’s tally of 1,483.

In the daily update from the Ministry of Health, Bogotá registered 443 active cases of the disease followed by the department of Valle del Cauca with 253, Barranquilla 137, Atlántico with 125, Cundinamarca 120 and Cartagena 85 among other cities and territories. The number of new infections in the capital rose 127 over the previous day. Bogotá’s new total of 13,329 represents 32% of the national total, down 3 percentage points from previous weeks and lowest since the first case was confirmed in the capital on March 6. Colombia’s first case was “imported” by a 19-year student who arrived from Milan, Italy.

The number of recovered on Monday also increased by 1,105 putting the new total at 16,427.

The National Institute of Health has tested more than 410,720 suspected COVID-19 patients of which 371,480 have resulted as negative. Colombia has the capacity to process 16,700 cases every day.

Coronavirus deaths saw a day-on-day increase of 49, of which three occurred in Bogotá. The city with the most deaths on Monday was Barranquilla (17), with nearby township Soledad reporting six. Cartagena confirmed four additional fatalities. Other victims were being treated for COVID-19 in Tumaco, Ibagué, Pradera, Calarcá, Quibdó and Malambo, among other medium-sized cities.

Bogotá’s slight increase in cases comes a week before the citywide quarantine is expected to be lifted by Mayor Claudia López and 11,000 commercial establishments resumed operations, among them four shopping malls – Unicentro, Santa Fe, Hayuelos and Gran Estación – as part of the district’s “pilot” re-opening.

The numbers in Colombia come as cases worldwide surpassed 7 million with 405,000 deaths.

The official communique from Havana on ceasefire agreement