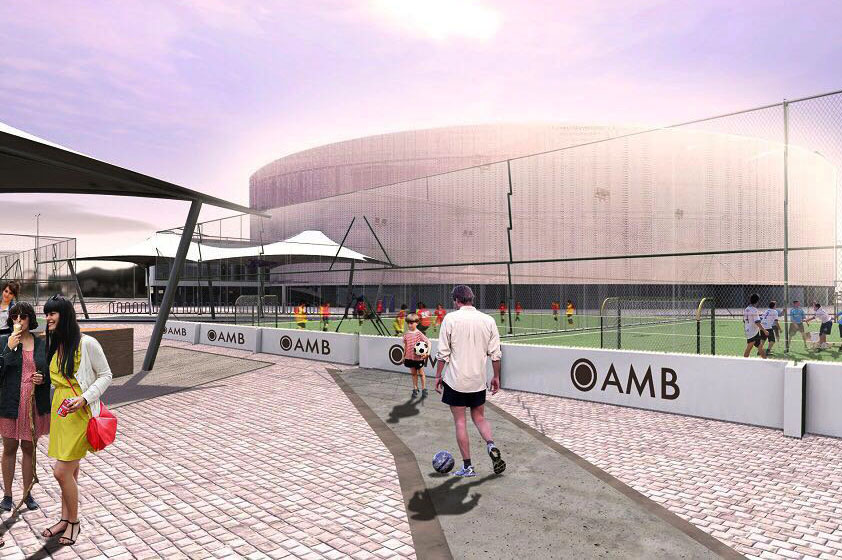 Bogotá Mayor Enrique Peñalosa announced an ambitious plan this week to turn the capital’s biggest indoor arena into what he says can become Latin America’s premier concert venue. The city, in a partnership with a Chilean investment group, plans to invest 70 billion pesos — roughly US$23.4 million — over the next two years to essentially reconstruct some 70% of the current El Campín coliseum.

In addition to the major renovation, the mayor’s plan includes surrounding the indoor arena with four new sports courts, a skate park, a cycling track, an outdoor gym, a playground for kids, a square for art exhibitions, commercial space, and parking. Inside the new El Campín, there will also be 20 new suites, 10 boxes, and VIP lounges for spectators.

“We hope that, in about 24 months, Bogotá will have world-class site dedicated to sports and all kinds of shows,” said Peñalosa on Monday.

According to the mayor’s office, the renovation of El Campín includes major investment and participation from Colombian ticket seller Tu Boleta and Hiller Investments, a Chilean firm with experience in arena management. A decade ago, Hiller Investments oversaw a similar revamp of Movistar Arena, which has become a critically acclaimed multipurpose stadium in the capital of Santiago much like what Peñolosa envisions for Bogotá.

El Campín coliseum was built in 1973 and is a popular, if highly dated and outmoded, arena. In the same year, Carlos Santana was the one of the first acts to christen the new venue, which has since hosted international acts including Miley Cyrus, Duran Duran, The Smashing Pumpkins, INXS, Motörhead, Stone Temple Pilots, and Maroon 5.

The city has debated plans to renovate or tear down the arena in recent years in the hopes of creating a more modern, multi-use facility for both concerts and sports. Basketball, tennis, and other competitions are also played inside El Campín.