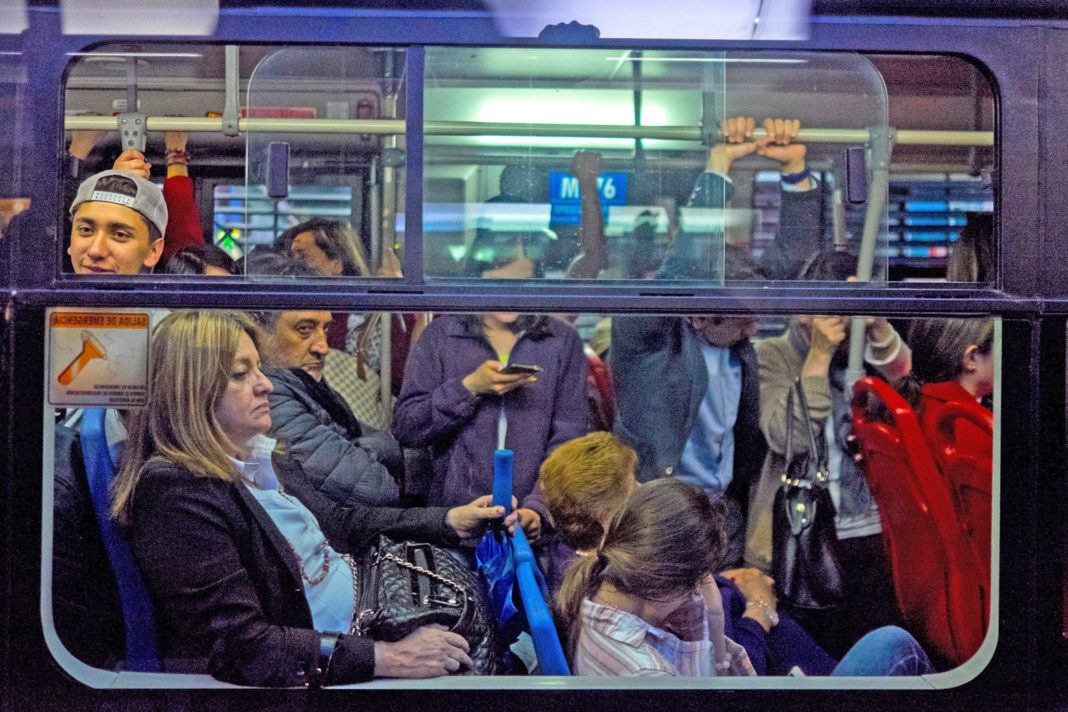 Bogotá Mayor Claudia López would like to turn back the clock on TransMilenio, but only legal recourse would allow suspending the licitation of the articulated bus corridor along Avenida 68.

Facing her first major infrastructure obstacle three weeks after taking office, López claims to have received from Enrique Peñalosa – two days before ending his term as mayor – the contract for the bus system along one of Bogotá’s busiest vehicular arteries. As one of her campaign promises, to stop further expansion of TransMilenio, the planned 17 km route will breaks ground this year, while Bogotá embarks also on another mega infrastructure project, the overground Metro de Bogotá.

Claiming “her hands are tied” when it comes to breaking commitments by the previous administration, Mayor López fiercely defended her position from criticism launched by her political foes, among them, former mayoral contender Hollman Morris of the leftwing Colombia Humana coalition.

“I do not want this corridor, the electorate did not vote for this corridor, but no one has legally objected to the tender,” said López, adding that if a judge or the Attorney General’s Office issues a suspension order “we can do it.” Four construction companies – Consorcio Eucarístico Carrera 68, Consorcio Infraestructura Avenida 68, Consorcio LHS and Constructora Concreto S.A – are in charge of executing the new TM corridor, which will count with 21 stations and run through 10 localities.

According to Morris, López, by following through on the expansion of TransMilenio on Avenida 68, is pursuing “the Peñalosa model of the city, represented by diesel, gas and buses.” Morris also asserts that given the contractual timeline of the Metro, “not one brick will be laid during this administration, with Bogotá the ultimate loser, sadly.”

As mobility prioritizes the agenda of López’s first month in office, the mayor appears to have cemented her position that TransMilenio requires more district intervention, beginning with tough security measures.

In another announcement, the mayor confirmed that a drone will take to the skies for authorities to visualize “critical zones” where passengers are at risk of getting mugged or injured, or where bus fare evaders enter the system. Plain clothed police officers will also patrol inside the system, and in cooperation with the city’s Women’s Secretariat, the initiative Me Muevo Segura (I move safely), which began under Peñalosa, empowers TM staff to apply protocols with women who have been robbed or sexually harassed. In a move to heighten security in a bus system that last year had more than 20,000 robberies, López also confirmed that motorized police squads in charge of patrolling the BRT corridors will increase from 15 to 50.

With much of Bogotá’s TM infrastructure vandalized during the mass demonstrations of November 21, 2019, and with the resuming of the Paro Nacional (National Strike) on January 21, López faced her first public order situation as protestors returned to the streets of the capital.

Facing the eventuality that vandals would once again target TransMilenio, López presented a list of protocols that would be followed by the district before calling on the National Police to intervene. While many marches were carried out peacefully, an incident during the morning rush hour at the TM station of Suba, where masked vandals attacked police with bricks and set fire to recycling bins, immediately required the support of the Police’s Anti-Riot Squad (Esmad). Throughout most of the day and into the early evening, Esmad was embroiled in rolling battles with vandals across the city, the most confrontational taking place just blocks away from the Mayoralty.

As plumes of teargas lifted over Bogotá’s historic district, López took to the microphones to give an assessment of the day’s events. Her speech celebrated the protests, as well as the “successful” implementation of the protocols. Emphasizing that the 21E protests under her watch did not claim any deaths, as was the case with the shooting of student Dilan Cruz by an Esmad officer on November 28, Mayor López took verbal jabs at Peñalosa insinuating that her predecessor had “stigmatized” and “militarized” social protest. “People throughout the day marched in protest over the systematic assassination of social leaders, phone tapping, in support of public education and the petitions of the National Strike Committee,” she said.

Those same petitions were also rallied on the first month of the strike, which resulted in widespread violence in Bogotá, forcing Peñalosa to enact a city-wide curfew.

From the start of her four-year term with an inauguration picnic at Bogotá’s largest park, Parque Simón Bolívar, in which she addressed Peñalosa in the audience, saying: “Thank you for joining me on such a special occasion for me and our city. Beyond our differences, I recognize in you and your administration the love for Bogotá and service to the city with knowledge and understanding.”

For former Bogotá mayor Gustavo Petro of Colombia Humana and Senator of the left-wing party, any recognition by López of Peñalosa’s accomplishments are being met on his social media with vitriol and criticism. Within minutes of López announcing that she will abide the Constitutional Courts ruling to allow bull-fighting in the Plaza Santamaría, Petro turned the debate on Peñalosa stating: “As soon as Peñalosa was elected, I attended an anti-bullfighting march with my daughter, after 10 minutes, she left, and five minutes later, Esmad turned up and gassed us all.” In the same tweet, Petro then affirms to López that banning bullfighting “is only a problem of political will.”

In another twitter exchange between Petro and López regarding the extension of the Metro de Bogotá to Calle 100, the 49-year old Green Alliance politician remarked: “Gustavo Petro has decided to destroy the Mayor’s Office of Bogotá, and part of his political project.”

If there was one mobility issue that three of the four mayoral candidates (Claudia López, Carlos Fernando Galán and Miguel Uribe) shared during the campaign is the need for Bogotá to begin construction of the overground Metro, and most ambitious public works project awarded to Chinese contractors. Colombia Humana’s candidate Hollman Morris towed the party line claiming that the COP$13.8 billion (US$4.5 billion) bid presented by the consortium China Harbour Engineering Company and Xi’an Metro Company will bankrupt the city’s coffers and is the result of an inherently “corrupt” deal. Shortly after her inauguration, Mayor López ratified Andrés Escobar in his post as General Manager of the Metro de Bogotá. López’s decision to leave the corporate governance in the hands of a staunch Peñalosa aide, raised the ire of Gustavo Petro. “Her decision is the continuity of corruption, and the process of awarding the elevated subway is deeply corrupt,” he tweeted.

López is a staunch anti-corruption advocate who has vowed transparency in her administration, and one that applies the mandates of the Anti-Corruption Consultation organized by her, and voted on by 12 million Colombians. According to the mayor, “mobility in Bogotá has two faces: on the one hand, we are one of the busiest and most backward cities in terms of a metro, on the other hand, we are a global example of alternative transport, from pedestrian to bikes.” And López is aware that much of the “global recognition” for the city’s 550 km of designated bike lanes, Sunday Cícloruta and aerial tramway TransMiCable is attributed to the two terms of Enrique Peñalosa. Expanding Bogotá’s cablecar system is also a priority, with plans announced by López to build one that connects San Cristobal with Usme, and neighborhoods in Usaquén with the Eastern Tramway. The recently awarded light railway Regiotram de Occidente will connect and integrate Bogotá’s center with satellite communities by revamping a disused grid. The all electric-powered train will start operations in 2023 and includes 17 stations as it traverses from Facatativá through the towns of Madrid, Funza and Mosquera. Some 465,000 live in these satellite communities – according to the 2018 census- and Regiotram will reduce a two-hour commute to 50 minutes.

TransMilenio, Metro de Bogotá, Regiotram de Occidente and cable cars are the transportation solutions Mayor Claudia López welcomes as essential to integrating the city and providing clean-energy solutions which in her words: “is not science fiction, nor nuclear physics.”

As Bogotanos prepare for the onslaught of large public works, which will generate even more traffic gridlock over the next three years, mobility is on everyone’s mind, and key issue that will determine the success of López’s all-inclusive social contract.

Three Romantics for a Holy Week music festival in Bogotá