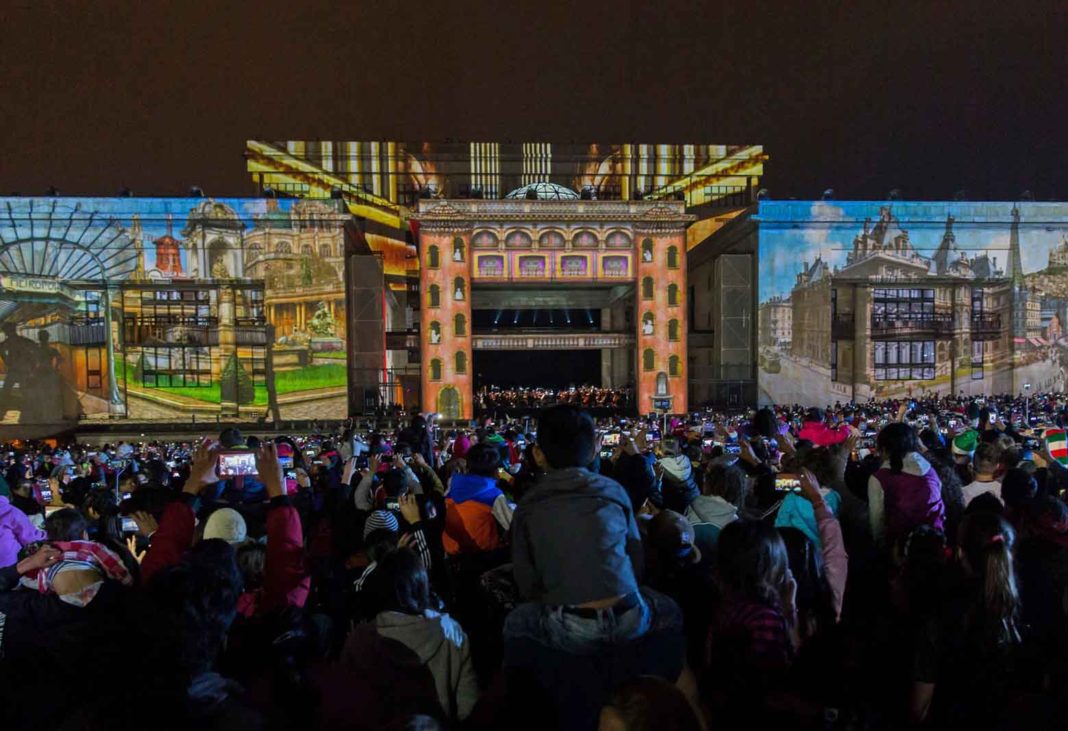 You suspect Christmas is near when jingles fill supermarket aisles and hampers wrapped in red ribbons line the shelves. But, you really know it’s Christmas when the Mayoralty of Bogotá lights up the largest tree in the city accompanied by a dazzling fireworks display.

The honor of hosting the tallest tree in Bogotá this year goes to Tunal Park in the south of the city from where it rises 56 meters high and is decorated with more than 100,000 lights. This tree joins other electrifying installations in over 150 kilometers of public parks and roads, and if you’ve experienced Navidad in the capital before, you’ll be familiar with the under-the-stars concerts, the novenas singing in shopping malls, and night bicycle ride.

With 1.5 light bulbs for each inhabitant of Bogotá’s nine million souls, the Alumbrado across the capital kicks-off on December 7 for Noche de las Velitas (Night of Candles), a seasonal tradition in which multi-colored candles are lit on the eve of the Immaculate Conception marking the start of festivities. On that night, the Mayoralty has planned an event in the city’s largest park Simón Bolívar, starting at 6:00 pm with a stand-up comedy by Andrés López, followed by a pyrotechnic spectacle.

Bogotanos love two-wheels and bike culture is ensconced in the city’s recreation culture. One of the favorite pastimes for more than one million residents who, every Sunday, take to the 500 kilometers of the Ciclovías’ designated bike lanes is to spin their wheels at night with the seasonal Night Bike Ride that takes place December 12 starting 6:00 pm. The Ciclovía Nocturna is a great way to engage with others, take in the lights and enjoy snacks along the way.

On December 14, the stars will come out even brighter that night when the Bogotá Planetarium celebrates its 50-year anniversary. As part of the 2019 holiday agenda, the Planetarium will put on three rock laser shows under its emblematic dome, and pay tribute, in its Science Theatre, to the life and discoveries of the world’s most famous mathematician: Albert Einstein. Also taking place at the Planetarium from December 11 to 14 is the third edition of the Full Dome Festival where experimental filmmakers, who shoot in full-dome format, will present their most innovative projects. Attendees can participate in live presentations by Argentine artists Silvia Rivas and Aldo Benítez or sit in on conferences by Roger Malina (USA) and Clemencia Echeverri (Colombia), among others. The movies of Japan’s Ryoichi Kurokawa will also be screened at the Maloka interactive museum, and prior registration is necessary to attend.

When it comes to music, Bogotá resounds to every genre, from traditional to classical and contemporary. On December 19, a slate of Latin Grammy recording artists take to the stage at Teatro Jorge Eliécer Gaitán with Chiquitortazo, among them Puerto Candelaria, Burning Caravan, Policinela and The Forgotten. The Dunedin Consort of Scotland, under the baton of musical director John Butt, will perform, December 7 and 8, Händel’s Messiah at Teatro Mayor Julio Mario Santo Domingo.

The Choir of the Ópera de Colombia will also host concerts during the festivities. Starting December 16, Christmas novenas will be held in parks at sundown with carolers interpreting traditional villancicos. From El Tunal to Parque Santander, Plazoleta El Virrey and Parque Usaquén, visitors will be able to listen to traditional Colombian Christmas songs. And, to mark one of the season’s highlights with one of the greatest works ever composed, the Bogotá Philharmonic Orchestra, directed by Andrés Felipe Jaime, will play the Ninth Symphony of Beethoven at Teatro Mayor, 8:00 pm., December 13.

If you want to enjoy a bird’s eye view of Bogotá from the height of Monserrate, take the funicular to the summit at 3,100 meters a.s.l where the Shrine to the Fallen Christ is illuminated with 150,000 LEDs, and the grounds are decorated with a glowing Manger. Visitors heading up the mountain between 2 and 5:30 pm and descend before 8:00 pm, receive a 50% discount in the price of the $21,000 cable car ticket.

The big spectacle for the city launches December 15 in Plaza de Bolívar when the French production company La Maison brings to Bogotá a visually gripping show of light and sound effects, acrobatics and video mapping on the walls of the city’s most iconic square. The story of “El Sueño de Isidro,” will be interpreted by 47 artists, among them gravity-defying dancers, acrobats and stilt walkers. La Maison Production has dazzled audiences around the world with their large projections of 3D images seen by over nine million. Now, it’s Bogotá’s turn to fall under the magic of an event that transforms the Plaza de Bolívar every night until December 23, and free to the public.

With more than 100 other free events in the city during the days leading up to Christmas, if you find yourself running out of time with your gift shopping, there is one event to keep you on your toes when some 7,000 shops and malls across the city keep their doors open until midnight. The event, Bogotá Despierta on Dec.15 is sponsored by the National Federation of Commerce, Fenalco, and is a great way to do some last-minute and late-night shopping, even if you are not a night owl nor a dedicated shopper.

And talking of biodiversity, Bogotá’s Botanical Gardens José Celestino Mutis is illuminating the skies with Festival Brilla (until January 12), a technology-meets-nature show inspired by the ancient art of Chinese lantern making. Showing for the first time in Latin America, after successful presentations in Paris, Dublin and London, visitors can walk among 470 luminous – and giant – representations of Colombia’s fauna and flora. These structures will definitely put a smile on your face, and one, that also lights up this Navidad en Bogotá.

For the complete schedule of events visit: www.bogota.gov.co 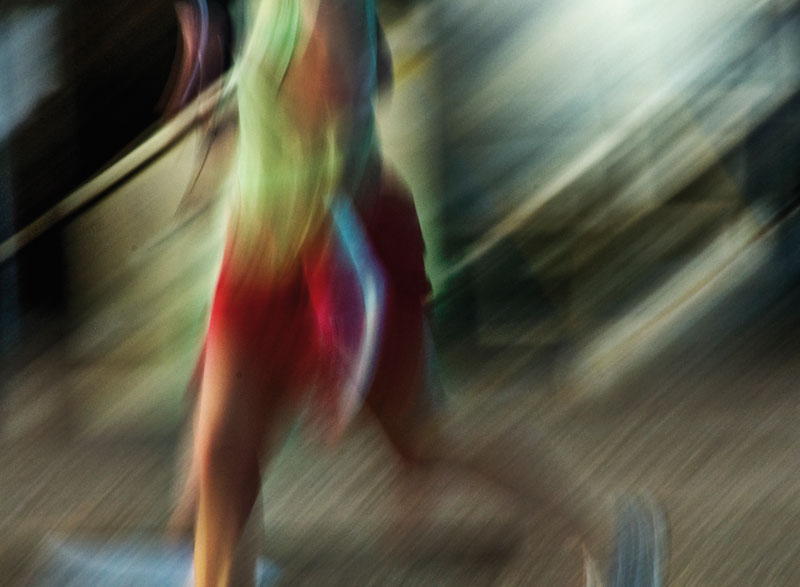