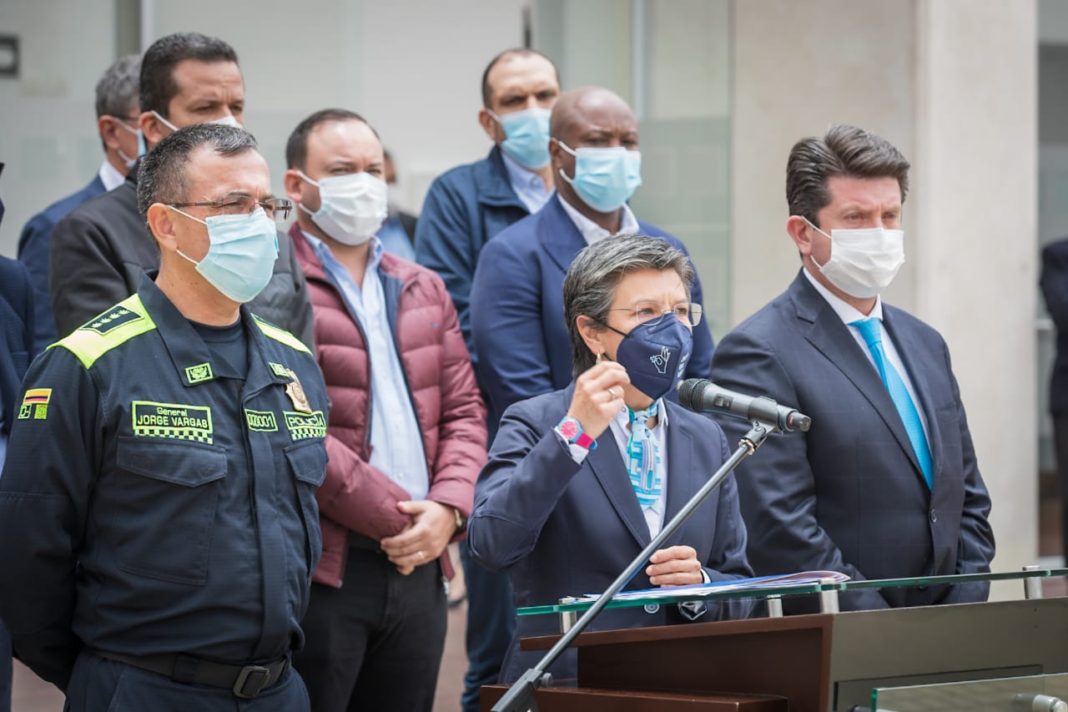 Three homicides committed this week in the Colombian capital, each case the tragic result of an armed robbery, confirms that Bogotá is in the grip of a crime surge that has rapidly eroded security gains over recent years. The most recent victim of an assault is Enrique Manosalva, shot during a carjacking Tuesday as he headed to his home in Chía from Bogotá’s Chico neighborhood.

Manosalva, a 60-year old tax lawyer was intercepted by armed assailants on the North Highway (Autopista Norte) at the height of Calle 222. Earlier on the same day, before Manosalva died from multiple bullet wounds to his chest and abdomen, a construction worker (whose name has not been released) was fatally stabbed in the south of Bogotá as he held on to a backpack. And in the early hours of Saturday, August 22, Johnson Zorrilla was murdered after he was pushed off his bike during a mugging.

The tragic death of the 56-year-old health administrator, and father of three children, was captured on CCTV cameras. Footage in which criminals repeatedly kick Zorrilla in the head after stealing his bike reveal how senseless act of violence have besieged Bogotá neighborhoods, from the most impoverished to affluent.

The crime wave led Mayor Claudia López to ask the government of President Iván Duque to put Bogotá security a priority of the national agenda, in a similar way the country combats the drug trafficking cartels and illegal armed groups. López’s petition was made during the Citizen Security and Life conference at the General Santander Police Academy. The same institution that was the target of a car bombing by the ELN guerrilla on January 17, 2019, in which 22 cadets were killed. “When previous governments made visible those who belonged to cartels and prioritized the dismantling of the FARC guerrilla, the same must now be done to fight assailants and organized criminals,” stated López. “Defending women and children requires inter-institutional resources.”

López’s statement comes as Bogotá receives an additional 1,500 members of the National Police to boost security. “A national security strategy must be the highest priority for post-pandemic recovery,” highlighted the center-left politician who faces criticism for her benign stance against “Front Line” demonstrators who terrorized much of the Colombian capital during months of social unrest.

Defense Minister Diego Molano has repeatedly affirmed that well-financed crime structures, among them ELN and FARC dissidents are involved in generating “low-intensity terror.” For Petro, the incarcerated activists facing charges of destruction to public and private property, kidnapping (several frontlines took police in Cali as hostages), homicide (frontlines in Bogotá decapitated a motorcyclist after they extended a wire across a busy road), and multiple acts of terrorism are “political prisoners.”

While the leader of Colombia Humana gloats over his 2022 Presidential win (even though early polls give him 27% of the vote), Mayor López’s online narratives continue to provoke a public opinion whiplash, beginning with her muted condemnation of road blockades and attacks against TransMilenio in the initial weeks of the national strike.

After 15,000 lives were lost to an extended third wave of coronavirus, (blamed by epidemiologists on the agglomerations of the Paro Nacional), Mayor López now wants the government to commit to more security for Bogotá streets –  this – after she condemned the police for using excessive force against strikers, and later snubbed President Duque’s offer of “military assistance” to protect key infrastructure during the riots. On Wednesday, Defense Minister Molano confirmed that in 10 days of heightened police patrols in the capital, 351 persons have been arrested, 60 of registered as Venezuelan citizens.

Molano has signaled the strike movement for legitimizing a culture of urban violence, and that led, in July, to a 56% increase in homicides in Bogotá compared to the same period last year.  And adding further insult to injury for Bogotanos on the worrisome state of their city, is a pending decision by the district to demolish the Los Héroes monument. The facades, engravings, and equestrian pedestal of this 19th Century landmark have been systematically destroyed over four months by vandals.