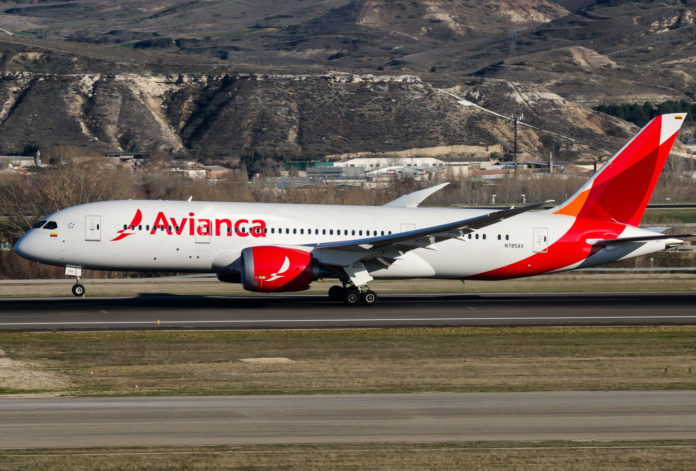 Colombia’s flagship carrier Avianca has ordered all its flight to and from Europe to avoid Venezuelan airspace after a Venezuelan Air Force jet harassed Avianca flight 11 as it was returning to Bogotá from Madrid. The Boeing 787 “Dreamliner” cruising at 36,000 feet with 248 passengers had completed almost eight of a nine hour flight when it came “within short distance” of a Russian made fighter jet setting off the commercial airliner’s collision-warning system.

According to flight data from Flight Radar 24, the Dreamliner was forced to veer-off course, making a sharp turn north to leave Venezuela’s Caribbean airspace. The flight landed safely at 8:05 pm at El Dorado International Airport. On Friday night, the national carrier ordered its Europe-bound flights (Madrid, Barcelona and London) to avoid Venezuelan airspace. On Saturday, the airline suspended all flights to Venezuela.

But after conciliatory statements by the defense and foreign ministers of both nations over the weekend regarding this four-minute harassment incident, Avianca reversed the suspension order and resumes its twice-daily service to Caracas’ Simon Bolívar International Airport on Sunday.