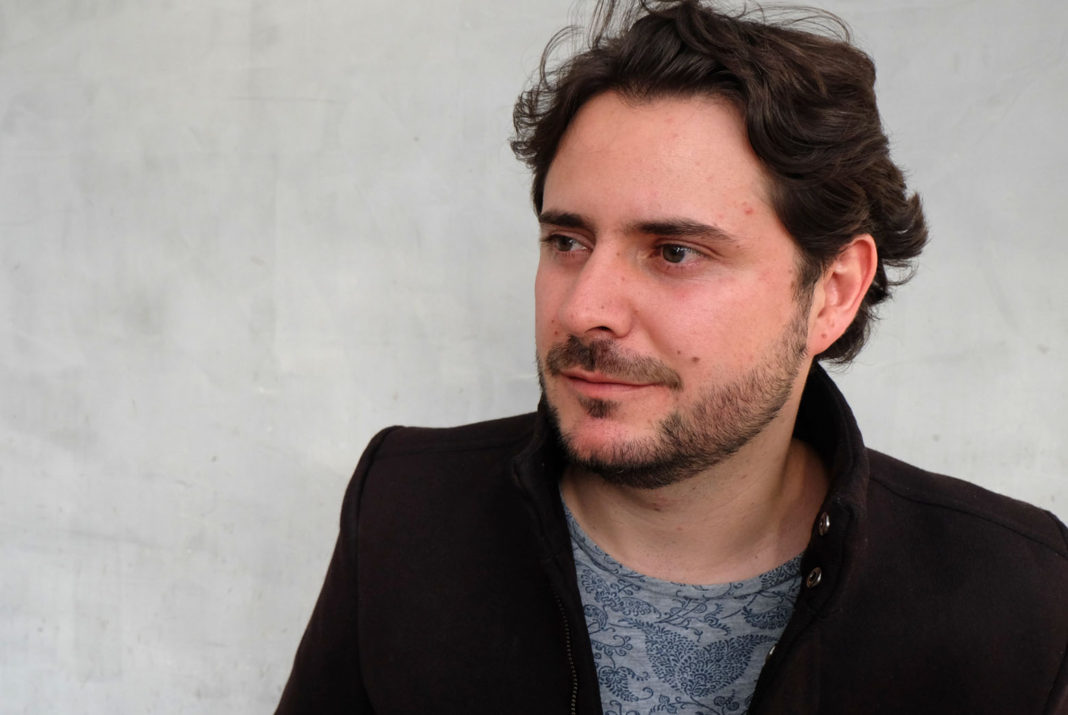 Alejandro Cuéllar had many cinematic heroes, but film director Wes Anderson was present in every one of his dishes at his Bogotá restaurant Canasto Picnic Bistró. As one of the country’s most daring and innovative chefs, Cuéllar worked closely with Colombia’s Ministry of Foreign Affairs, representing with the Plan de Desarrollo Gastrónomico his country’s culinary heritage and traditions; especially throughout Asia, where the 34-year old Bogotá restaurateur found inspiration for many of his creations. Cuéllar was also a partner of the Bogotá-based taquería El Pantera.

Awarded the title of Revelation Chef by the industry publication La Barra in 2014, Alejandro Cuéllar is remembered for recipes that incorporated a rich color palette and prepared with edibles foraged in the forest and orchard of “Santa Beatriz” – a small farm in Guasca, Cundinamarca – named in honor of his late mother Beatriz Súarez.

Cuéllar also was a staunch advocate of sustainable agriculture and held a deep respect for Colombia’s farmers. He is survived by his father Enrique Cuéllar, a respected publisher and author, and sister Paula.

Inspired by his grandmother’s kitchen, Alejandro took to the stove at age 14, as “a pleasant pastime.” After graduating from Gimnasio Moderno in Bogotá, Alejandro spent time in Paris where he was introduced to “gastronomic culture.” Even though he planned on studying Business Administration, the idea of “setting behind a desk” seemed soul breaking and “the only thing I could think about was cooking,” he told The City Paper during an interview in June 2019.

Cuéllar’s death was confirmed Thursday by close friends and colleagues, among them Tomás Rueda, chef/proprietor of two Bogotá restaurants: Tabúla and Donostia. “I didn’t know that I cared so much for him, until his death,” said Rueda.

Cuéllar was found dead in a hotel room in Kuala Lumpur, Malaysia. Medical examiners have stated “cardiac abnormality” as the cause of death. Colombia’s Cancillería is organizing the return of his body to Bogotá with help from Malaysian Government officials.

“We are all moved and shocked by Alejandro’s death. He was very committed to his cooking, to friends, and showcasing our nation’s flavors,” said Alejandro’s uncle Andrés Cuéllar. “He demanded a lot from himself, and this took a toll.” The family has also expressed heartfelt appreciation for the many condolence messages they have received from Colombia’s gastronomic community, stating: “Alejandro went beyond the kitchen to cook in remote regions of the country for social inclusion.”

Here, excerpts from Alejandro’s frontpage interview with The City Paper titled Cuéllar and The Edible World.

Alejandro, when you refer to your kitchen as “wild,” what do you mean?

Cuéllar: My orchard/herb garden became a laboratory and still plays an essential role at the heart of what I refer to as my “spontaneous kitchen.” Wild plants grow in Santa Beatriz, I just collect them. This opened up the specter of botanical exploration, the edible world that surrounds us. Flowers are not only beautiful but delicious. On the farm, I also have bees, free-roaming hens, and trout. The wild kitchen exists around us, even here, in Bogotá. One could eat all of Bogotá is one wanted to.”

“Gastronomy is a language that allows me to express myself more eloquently. That’s why you won’t find me inside a kitchen.”

Visual elements are an essential ingredient in your dishes, from flowers to seeds and herbs. How did this happen?

Cuéllar: The “wild kitchen” is essential to my culinary narrative, and I have an insatiable curiosity about my surroundings. Ironically, I never wanted to have a restaurant and was almost forced into having one. What I enjoy are avant-garde cooking techniques that I can do in my natural laboratory. Finding a culinary narrative, like the color selection in a Wes Anderson movie cannot be achieved by trial and error. Color in food can be used as a tool to communicate. Gastronomy is a language that allows me to express myself more eloquently. That’s why you won’t find me inside a kitchen.

How would you sum up Colombian food habits when it comes to gastronomy?

Cuéllar: I firmly believe that as Colombians, we need to give dignity to our plates. Maybe because we have so much, we often lack innovation. Why pick a mango today, when you can pick one tomorrow? In Argentina, like so many other countries where food is seasonal, one must learn to cook with limited products. One thing is to showcase our gastronomy to the outside world, another thing altogether is to present it to locals. For me, a kitchen communicates regardless of physical boundaries. When you dignify a kitchen, people are grateful and give thanks. The dining experience works at many levels, even the spiritual.

“When you dignify a kitchen, people are grateful and give thanks.”

For the full interview with Alejandro Cuéllar (1985-2019) click on this link: 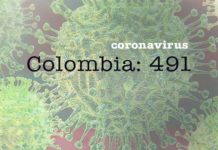 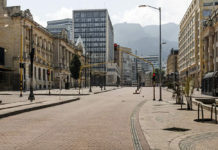 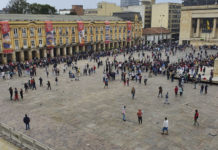 Revised Final Accord with FARC could be signed Tuesday in Colombia’s...