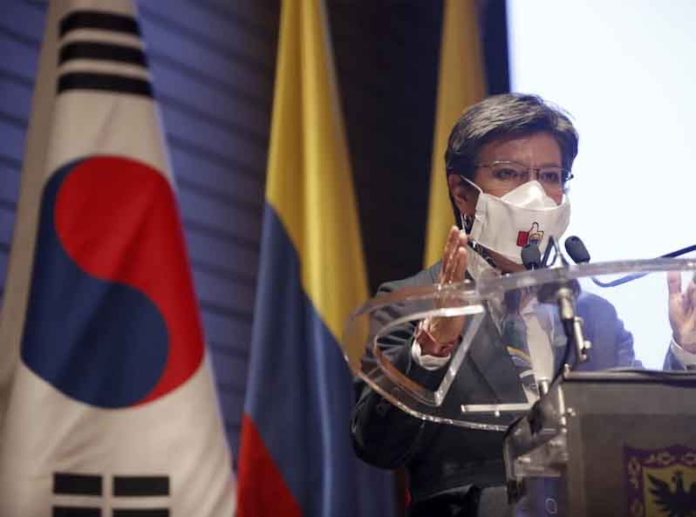 Bogotá Mayor Claudia López categorically denied a news headline that claimed she was “clashing” with the national government of President Iván Duque, after she took to Twitter on Tuesday night claiming that of 305 ventilators that were given handed-over to the district during the last two weeks to alleviate intensive care wards with coronavirus patients, 99 were successfully installed while 206 “don’t work.”

López added that the Chinese manufactured machines were defective because of software. The Mayor then went on the state that UCI occupancy in city hospitals stood at 83% on Tuesday, and hours after President Duque announced the extension of preventive isolation measures to August 1. The extension of the current flexible quarantine with existing restrictions and exceptions, came as the country registered an additional 4,213 cases of COVID-19, of which 1607 are in the capital.

Mayor López’s affirmation that the majority of Chinese ventilators are damaged goods was met with a swift response by Luis Guillermo Plata, the country’s COVID-19 emergency manager and senior government official in charge of the purchasing ventilators on the international market. “To say that the ventilators don’t work, isn’t true. This high precision equipment needs to be calibrated to work at 2,600 meters. We are working with the manufacture on this issue.”

For his part, Minister of Health Fernando Ruiz also responded to López, confirming the need to program software for Bogotá’s altitude and that the Mayor’s “struggle doesn’t add” to the objective of reducing intensive care occupancy.

The Colombian Government has acquired 4,458 ventilators and is in the process of receiving 1,509 more. According to Plata, the government has invested COP$300,000 million pesos (U$80 million) in ventilators without taking into account the costs of PPE for healthcare workers and more than 930,000 PCR tests processed since the outbreak of the virus on March 6. On Thursday, COVID-19 cases nationwide totaled 128,638.

While the country witnesses an average of 3,800 new cases of COVID-19 per day, the tally of patients who have recovered is 53,634, resulting in 70,213 active cases and while the rate of infection remains high after more than four months of the pandemic, the Ministry of Health confirmed that time spent in intensive care varies from patient to patient as there is no specific therapy for the disease. Most at-risk patients suffer from pre-existing conditions that range from cardiovascular disease to hypertension, diabetes, lung disease, immunodeficiencies, as well as other risk factors such as obesity and smoking. “Given these, it is also important to note that a large percentage of the population diagnosed – and vast majority – have the disease with a mild clinical picture,” stated José Alejandro Mojica of the Ministry of Health. Of the country’s active cases, 11.3% of all cases do not present symptoms, added the official.

On Thursday, Mayor López presided over a US$5 million donation from the South Korean Government to strengthen the capital’s health system and coinciding with the 70th anniversary of the start of the 1950-1953 Korean War in which Colombia was the only South American nation to join the allied offensive.

Colombia sent around 6,000 service members to the peninsula, in which 140 were killed, 71 are unaccounted for and 567 were wounded. Accompanied during the ceremony by South Korean Ambassador Jong Youn Choo, Health Minister Ruíz and Luis Guillermo Plata, Mayor López received the national government’s recognition for her “very great effort to move forward to contain the pandemic,” said Ruíz, acknowledging that Bogotá “presents a very particular challenge, that the district administration has taken in all seriousness,” and reminding López that “you can always count on us.”