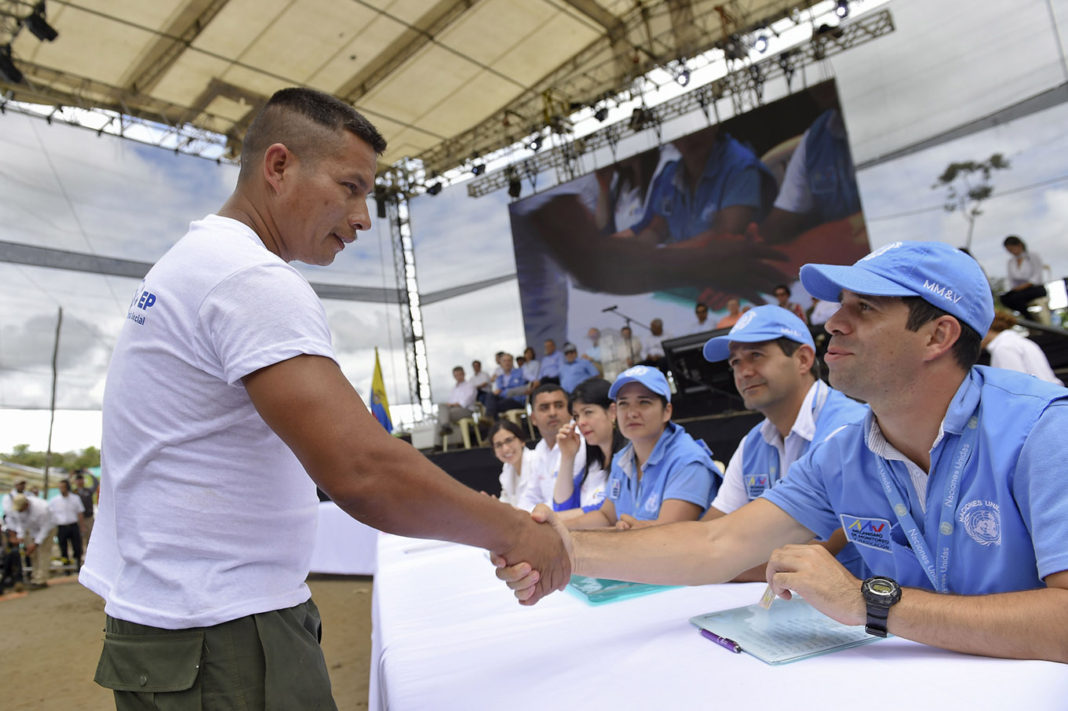 Tuesday, June 27 was an historic milestone for Colombia. It marked the final day of decommission. To date, FARC has surrendered 7,132 weapons and handed over the coordinates for 900 caletas (potential stockpiles of munitions and explosives) to the United Nations.

To better understand the implications of this momentous occasion, Stephanie Wolcott of The City Paper sat down with Elvira María Restrepo, Professor at University of Miami and expert on con ict resolution and peacebuilding. A year ago, Prof. Restrepo took a public service leave from the university to help her home country and serve as special advisor to President Santos.

The City Paper: What makes the recent FARC decommissioning exceptional?

A.R: During a peace process, decommissioning is normally a very difficult process. Often combatants demobilize, but do not surrender their weapons. In the past, combatants all over the world have been known to hand over old, out-of-date weapons in a disingenuous gesture, and keep their newer weapons hidden.

Decommissioning of the FARC is different. One of the exceptional details to note is that according the UN, the quality of the weapons the FARC handed over were quite high. In this case, ex-combatants were handing over not only their personal protection, but also their voice. It was a very dramatic step for them.

The number of weapons surrendered is also very significant. Between 2003-06, when the paramilitary demobilized 32,000 individuals, only 18,000 weapons were decommissioned. So basically, each person gave up a bit more than half a weapon. With the FARC, the official numbers show that on average, one high-quality weapon was surrendered for each person demobilized. It is a strong sign that the FARC is acting in good faith.

And lastly, revealing the coordinates of 900 caletas is a significant act on its own. The United Nations can now begin the process of locating and removing this dangerous stockpile.

Adding the quality and ratio of the weapons surrendered, together with handing over the locations of the 900 caletas—it becomes clear that this is a momentous cause for celebration and a significant indicator that the FARC is serious about upholding their commitments.

TCP: What about government? Has the Colombian government kept its commitments?

A.R: Yes and no. The government set up 26 camps for demobilization. These Zonas Veredales Transitorias or ZVT’s are camps that are set up to transition ex-combatants into civilian life. Everyone is provided with a cédula, giving them a new identity and the possibility of a new start. Each camp also has four rings of security surrounding it. The rings of security are set up to protect people on both sides.

The plan was very sophisticated, the problem was the camps were not ready when the ex-FARC members demobilized. Imagine surrendering your weapon and demobilizing in good faith, only to show up at a camp with no shelter or basic needs. It wouldn’t give you a good feeling that the government is capable of holding up their end of the agreement. Of course, these ex-combatants know how to live in  difficult environments and are resourceful. At many camps, they built their own infrastructure.

It is important for the government to do a better job of keeping its commitments. It has been difficult, in part, because of the recent Constitutional Court’s decision that the remaining legislation, necessary for the implementation of the peace process, cannot be fast tracked. This decision amongst others things has made it harder for the government to move forward efficiently and effectively.

TCP: Tell me more about the ZVTs, what is their purpose?

A.R: There are 26 ZVTs and each one is different. They are designed to reintegrate ex-combatants to civilian life. Some camps are very remote, others are close to towns. The initial agreement was that these camps are transitional, providing training with the hope that people will gradually leave as they find opportunities, family and a life outside the camp. However, some camps seem to be developing into communities themselves, where people might stay and set up cooperative businesses.

Some of the stories in the ZVT are amazing. People are experiencing the internet for the first time; reconnecting with family members they haven’t seen in years, maybe decades; and, for some female ex-combatants, it is a chance to have a baby in safe surroundings. Many are still in limbo though. Many must stay in the camps until the special justice courts are set. While the ex-combatants who committed no crimes against humanity will be given amnesty, those who committed crimes will not, and need to wait until the special courts make a decision.

TCP: How have local communities reacted to the camps?

A.R: Many ex-combatants are not strangers to local people. There is a historic link between the population and the FARC. To some, the FARC was seen as a political actor, not necessarily a terrorist organization. There is a difference between conflict and terror. When the government was fumigating the farmer’s illegal crops and, in the process, killing crops for food and poisoning local water supplies, FARC was offering protection.

At the local level, FARC operated as a form of social order, hence some people view them with better eyes than the paramilitaries. At present, local people near the ZVT are showing up to the camps with presents and messages such as: “You gave up your most prized possession, so here is one of ours.” Sometimes it is a favorite book, sometimes a sports jersey. It is not the same story in the towns and cities that view the FARC as terrorists or enemies.

TCP: What needs to happen now to ensure the peace process continues?

A.R: The state has to be much more present in remote and rural areas to ensure order and also to build desperately needed infrastructure, institutions and public services. We also need to find suitable replacement crops that can compete in profitability with coca. If this doesn’t happen, the vacuum will be filled by drug cartels and other undesirable groups. Colombia will go backwards.

We have gained so much during the de-escalation of the conflict. Homicides are down to historical records, kidnappings are almost gone, town takeovers have disappeared. The recent bombing in Andino is concerning, but the overall statistics speak for themselves. Colombia has made huge gains.

TCP: Are you hopeful?

A.R: Yes. In the past year, we have seen some impossible things become possible. A peace agreement was signed. Ex-combatants are transitioning to civilian life, their weapons hand- ed over. These are all signs of hope. There will be dissidents, there will be spoilers, but the 52-year conflict with the FARC is over. However, the gains that Colombia has made could hinge on who is voted in as president in August 2018. 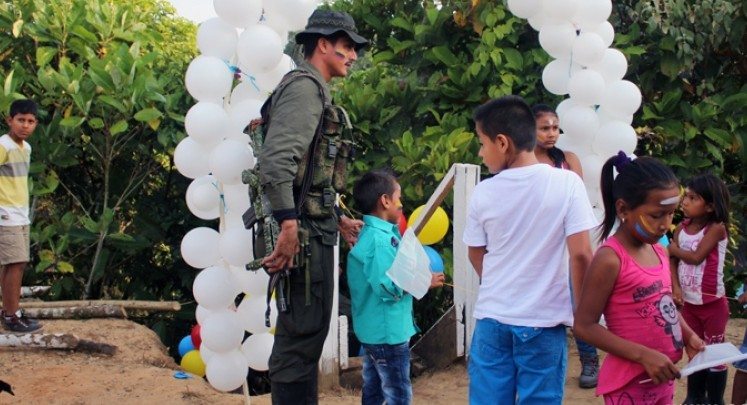