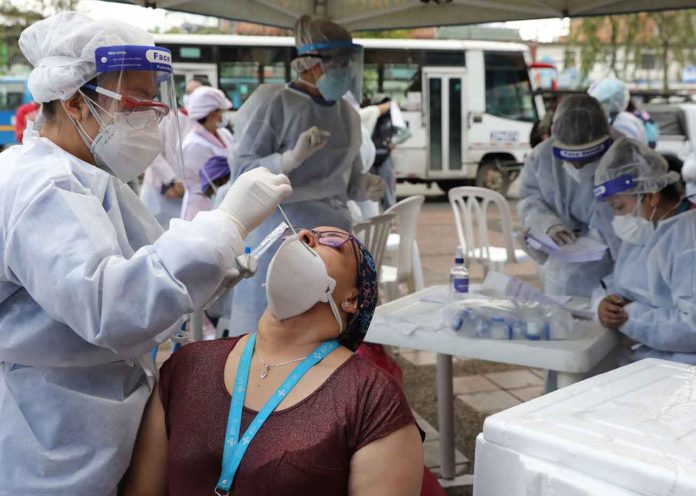 Wednesday saw the highest per day increase in coronavirus infections with 13,056 cases, and while the number is harrowing given that Colombia during the last week appeared to have leveled close to 10,000, the data from the Ministry of Health also shows that 13,975 recovered. These recoveries actually reduced the official figure of active cases to 158,893 from the previous day’s 160,189.

As the tally continues to climb, with 11,541 registered on Thursday, raising the national total to 513,719, Colombia ranks eighth among the top 10 nations in the world with most cases of the virus, and regionally closing in on Peru with 558,420. Brazil tops the list of South American nations with 3.4 million cases.

Again on Thursday, the encouraging news relates to recovered patients – 12,826 – lowering active cases to 157,391. The death toll also lowered to 204, with almost half of the day’s victims in Bogotá.  And according to Saludata, the district’s heath system monitor, ICU occupancy has also lowered to 81% from 84% at the beginning of the week.

Colombia has processed 2.3 million PCR tests and has a daily capacity of 54,600 in 119 certified laboratories.