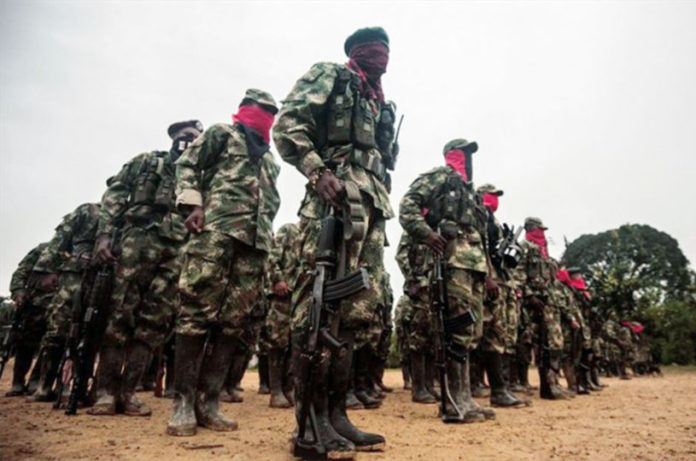 As Colombians commemorate the first anniversary of a terrorist attack inside the country’s largest police academy – Escuela de Cadetes General Santander – killing 22 cadets and injuring more than 60, the Attorney General’s Office will present charges on February 28 against the four senior commanders of the National Liberation Army’s (Ejercito de Liberación Nacional) Central Command – COSE – as well as three other members of the guerrilla’s National Directorate.

The ELN claimed responsibility for the car bombing that detonated January 17, minutes before a graduation ceremony, claiming the Academy is a military target that “participates actively in the counter-insurgency war.”  The 3,000-strong Marxist guerilla went on to justify their attack in response to the government’s bombardment in December 2018 of 25 insurgency camps.

The 10 member ELN peace negotiators, among them the four senior commanders of COSE were in Havana, Cuba, during the bombing that also killed the driver of the SUV packed with 80kgs of explosives. José Ademar Rojas was an explosives expert of the ELN and long-time militant of the Domingo Lain front. Rojas, known by his aliases “Mocho” or “Kico” drove the 1993 Nissan Patrol at high speed through the main gates of the academy, taking advantage of authorized motorcycles that were leaving at the time.

Authorities established that the explosives were detonated remotely from a cellphone, and that Rojas Rodríguez was not a suicide bomber. On January 18, 2019, the Attorney General’s Office and National Police captured Ricardo Andrés Carvajal in Bogotá, who in telephone interceptions recognized his authorship in the attack. During searches of  Carvajal’s home, the cell phone was seized, as well as a combatant’s manual and military uniforms.

Peace talks between the ELN and the government of former President Juan Manuel Santos were suspended in September 2018 after the guerrilla attacked several police stations along the Colombian coast and bombed oil pipelines. With the new administration of President Iván Duque, the guerrilla has not returned to the negotiating table and remains in Cuba. Within days of the Academy’s bombing, Duque requested Cuba to hand over the negotiators warning that Colombia would hold both the island nation and Venezuelan government of Nicolás Maduro “accountable” for sheltering terrorists. Interpol has reactivated its Red Alert arrest orders against ELN’s commanders.

The members of ELN Central Command (COCE) – as well as three ELN operatives – will be charged with the crimes of rebellion, conspiracy to commit crimes and financing of terrorism and organized criminal groups.