If war makes for strange bedfellows, the relationships forged by its counterpart are equally peculiar. In July 2013, Colombia’s Constitutional Court held a 12-hour session to hear arguments for and against the so-called Legal Framework for Peace, a temporary amendment to the constitution that lays the foundation for transitional justice following an eventual peace agreement with leftist guerilla groups.

In the Palace of Justice, President Santos himself defended the reform as an important step towards ending the nation’s armed conflict and vital to the success of ongoing peace negotiations in Cuba. On the other hand, human rights groups and opposition factions, many loyal to former President Álvaro Uribe, formed an unlikely alliance in denouncing the law as a backdoor amnesty for perpetrators of war crimes and crimes against humanity.

At the heart of the issue is a classic debate among war-torn nations seeking the delicate balance between peace and justice. The Legal Framework for Peace outlines the terms for a variety of post-conflict issues, including the recognition of victims’ rights and the possibility for demobilized guerrillas to hold elected office. A particularly contentious provision, however, establishes the selection for investigation and trial among both war crimes and crimes against humanity. Government officials such as Sergio Jaramillo, the High Commissioner for Peace, have argued that prosecuting “case by case” those crimes committed over the timespan of a half-century would amount to de facto impunity.

Lawmakers have pointed to the dismal state of Colombia’s overburdened judicial system. Indeed, the current probability of a conviction for homicide cases is just 3 percent, and a 2012 World Bank report ranked Colombia 178 out of 183 countries in judicial efficiency.

Nonetheless, human rights groups have argued that the law would deny countless victims their right to access to a court of law. As José Miguel Vivanco, Americas Director of Human Rights Watch, told The City Paper, “It is perfectly legitimate for prosecutors to prioritize investigations of those most responsible for the gravest crimes.

But the Legal Framework for Peace goes far beyond prioritizing certain cases. It gives Congress the power to completely exempt from investigation atrocities—such as rape, torture, or forced disappearances—if they are not found to form part of a systematic attack.” Human Rights Watch has also rejected the claim that such crimes must be prosecuted on an individual basis. Indeed, Colombia’s Attorney General Eduardo Montealegre announced in late July the indictment of 231 former para-military and guerrilla commanders for a total of 11,000 human rights violations.

Further still, the one-time amendment, ratified in 2012, would empower Congress to fully suspend or offer alternative sentences for horrific abuses. While crimes such as kidnapping do constitute a “systematic” strategy abused by the Revolutionary Armed Forces of Colombia (FARC), their leaders have consistently rejected the idea that they will lay down their weapons, only to serve a lengthy time in jail. As Mr. Vivanco notes, the law would thus “excuse even those found ‘most responsible’ for crimes against humanity from spending a single day in prison.”

While Colombia’s media focused on the potential for impunity towards leftist guerrillas, it largely ignored the latent extension of benefits to state actors that committed atrocities in the context of the armed conflict. In particular, human rights groups fear that security forces responsible for the extrajudicial executions known, as “false positives” will also receive suspended or limited jail sentences.

Roy Barreras, the original sponsor of  the Legal Framework for Peace bill and current Senate President, has previously claimed that such individuals should not be eligible for benefits because “that was never the intention or the spirit of the legislators.” Attorney General Montealegre has also stated that such crimes would not fall under the scope of transitional justice because they were not committed in the direct context of the armed conflict. Still, legitimate doubts remain given that Colombian justice authorities have found in the past that false positive cases are in fact related to the civil war. Such cases have repeatedly been prosecuted as “homicides of protected persons,” a strictly conflict-related crime.

Political opponents of the president also emerged as vocal detractors of the amendment, with Inspector General Alejandro Ordóñez claiming that “in this case, the cure could end up being worse than the disease.” Ultimately, the Santos administration may face larger entities than domestic adversaries. Indeed, Colombia’s “forgive and forget” approach applied in former peace processes with smaller guerilla groups in the 1980s and 1990s is no longer a viable option. The Andean nation has ratified the Statue of Rome and as Mr. Vivanco notes, the current amendment’s “type of ‘get out of jail free card’ would pave the way for an investigation by the International Criminal Court (ICC).” Indeed, in July the chief investigator at The Hague reminded Colombia of its obligations to uphold international humanitarian law.

In late August, Colombia’s Constitutional Court ruled 7-2 in favor of the Legal Framework for Peace. President Santos reminded the public that the application of benefits from transitional justice would require armed actors to lay down their arms, recognize responsibility for crimes, liberate all remaining victims of kidnapping, and release recruited minors. As Colombia continues on its path towards peace, it is worth noting that peace does not only stem from jail sentences, but also from individual and collective reparations and truth commissions that create historical memory. As Marc Chernick, an expert in the armed conflict and the Director of Latin American Studies at Georgetown University, notes, “this type of justice will contribute to peace. Not all justice is punitive, and not all punitive justice is conducive to ending the conflict.” 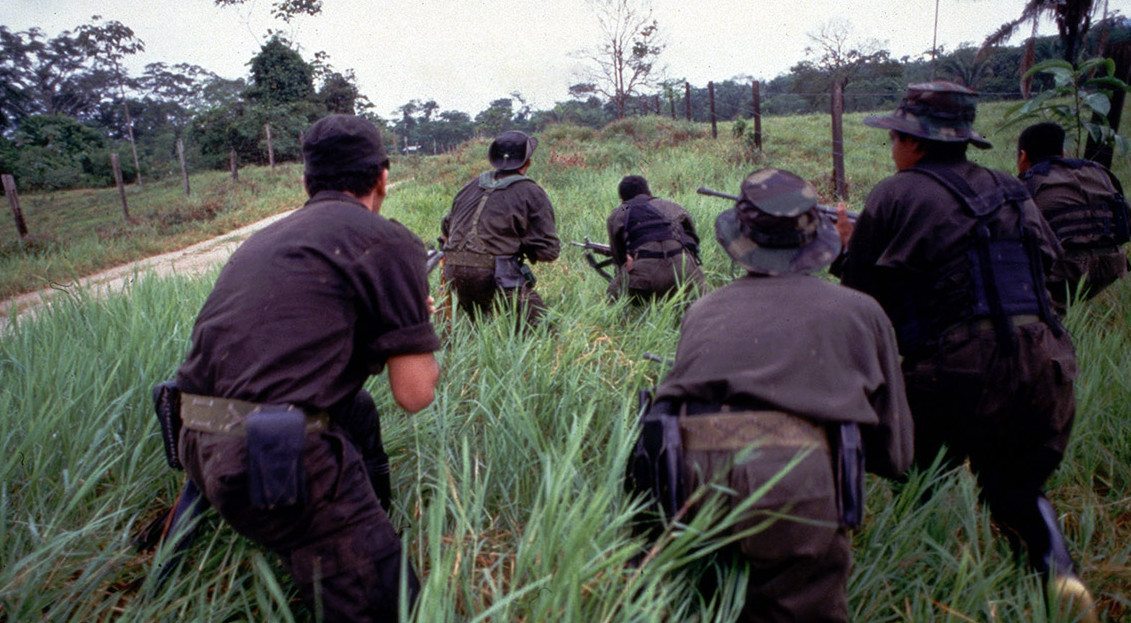