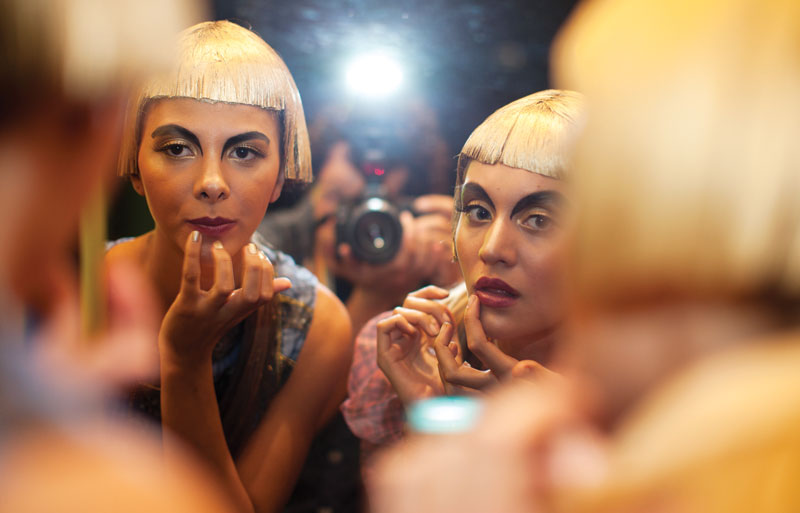 Flipping through the glossy pages of Vogue Latin America is an easy way to see beautiful designer clothes on celebrities and models, but the images do not reveal necessarily what people in Bogotá are wearing. And the styles strutting along the Séptima tell another story entirely about what fashion really says in this weather-volatile metropolis.

Colombians in general and Bogotanos in particular take great pride in their appearance. One only needs to look at the nails on the tips of the fingers that tightly grasp the handrails on TransMilenio or the perfectly coiffed hair of both Bogotá’s men and women to see that this city is concerned about fashion, if a bit slow to experiment.

The concept behind Círculo de la Moda’s 2013 show was evolution. This could not be more appropriate for Bogotá, a city that feels the weight of a specious international reputation and is trapped in a constant state of autumn weather. What this fashion show does is give Bogotanos the chance to inject a bit of change into its style.

While Círculo de la Moda gives young, not-yet-established Colombian designers, some still students, the opportunity to showcase their designs and point of view, it also—like most fashion shows and events—gives preference to avant-garde and couture fashion over ready-to-wear designs. Are Bogotanos ready to toss aside their trusted and carefully cultivated brands like Diesel, Levis and Gef for talented up-and-coming designers such as Andrés Martinez and Dario Cardenas? The answer lays in the many centro comerciales that dot the city.

A trip to Titan Plaza demonstrates the substantial vein of Western culture that runs through the heart of fashion in Bogota. Recently-launched Forever 21 pumps in affordable trends from North America, while the Spanish and European influence that Colombia was once so happy to be rid of gushes in through Mango and Zara. Bogotá’s preference for modernity makes it difficult to spot any evidence of traditional culture. Occasionally, one may see a woman wearing a necklace resembling Kogi designs or a hipster with a messenger bag inspired by Colombia’s heritage, but in most ways the pulse of indigenous culture and the Muiscas on Bogotanos’ style today cannot be traced.

Just as Colombia’s regions seem like countries within a country and feature their own unique styles, so do the areas of the city. At the northern end of the city, in the Usaquén flea market, you might see shiny leather boots worn with hand knitted shawls on artsy types and tourists bargaining for an oh-so-very-authentic hammock and a delightful rag rug. In the infamous south of the city, Ciudad Bolivar has its own style to match the starkly different household income. Here, you might see a ’97 Manchester United jersey proudly sported with ripped jeans and trainers. Bogotá is a sprawling, diverse city and the fashion reflects the varied incomes and influences of each sector.

Bogotá is also a city of deep and serious contrasts, which are mirrored in its fashion and sense of style. Walking down the streets in the capital city and seeing the uniformed police, a school gate open with the girls in knee high socks and the boys in matching slacks and collared shirts, and security guards monitoring every property, you may be fooled into thinking that Bogota is a city of uniformity. But if you look behind the security guard dressed all in navy blue, you will likely find a wall with eye-popping images left by Bogota’s talented graffiti artists, a student on a bike with large framed glasses, pink hair and a nose ring, or a man settling down for a nap in the shade of a roadside shrub in a shabby jacket and once-smart brogues.

Compared to the classic fashion capitals of New York, Paris, London and Milan, Bogota is fledgling in the style stakes. But who is to say what is in store for the future as this city evolves? Bogota now features an annual international fashion week, a growing fashion and textile industry, access to great Colombian designers like Hernando Trujillo and Bettina Spitz, a fabulous culture and heritage, a geographical location that makes it pretty simple to find anything you can think of, and inhabitants who make impressive fashion choices—all the ingredients necessary to make it on the list of fashionable capitals and at 2,600 metres, it probably already is the highest. 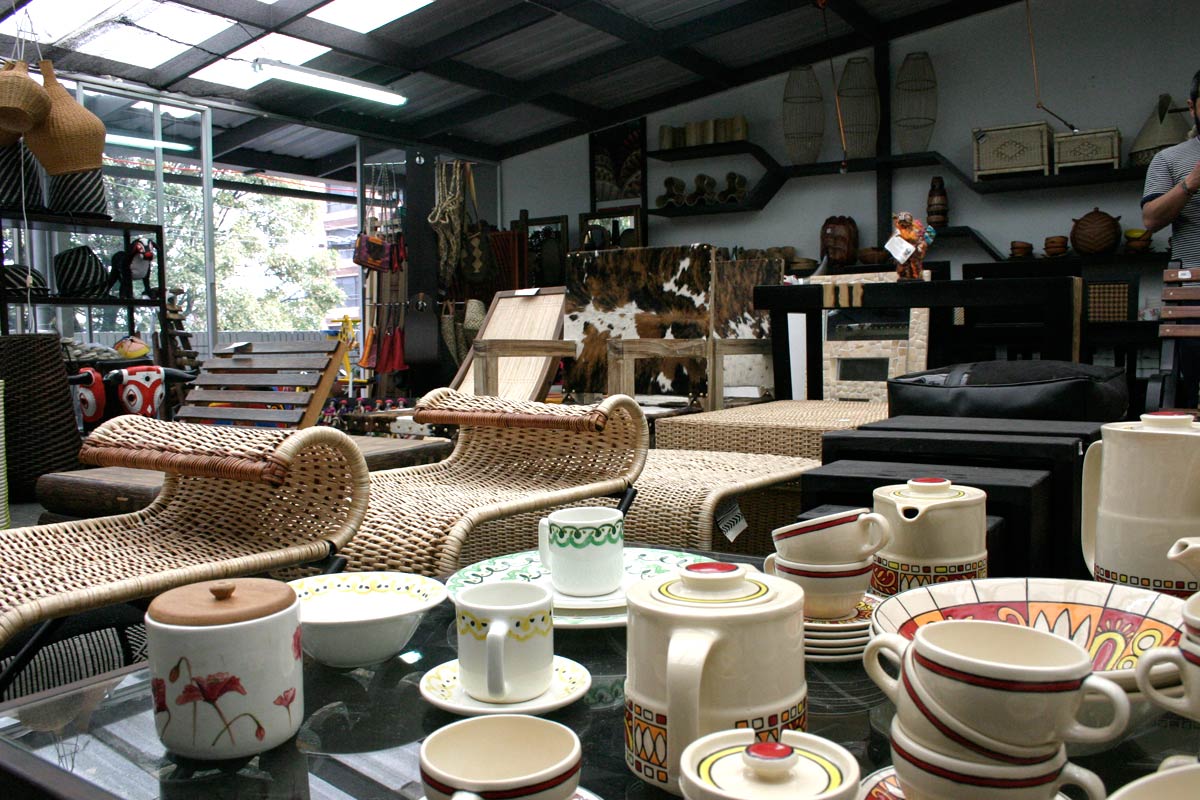