Christian Velez takes his faith one step at a time. Walking along an abandoned railway track in Bogotá’s south, the 27-year-old is about to record a music video and one, which invites youngsters to follow a path of virtue rather than vice.

Carrying a guitar, and with the confidence of a rising recording artist, Vélez is a fresh voice appealing to youth in search of answers. His lyrics tackle issues such as self-esteem, poverty, violence.

During a meeting with Vélez, he draws on the pillars of his Christian doctrine, and how it is better to empower others through God than to just employ charity. And with very personal opinions, Vélez believes much of contemporary music is about marketing gangsters as role models.

To understand Vélez and his music, one must understand the issues, which affect those who live in Soacha. Annexed to the southern crest of Bogotá and home to several million, it is a hub of labor and industry. Even though many Bogotanos think of Soacha as being a poor and intimidating place, for the singer-songwriter, his “hometown” fills him with a sense of purpose. “Soacha is a place of happy people and green fields. It’s a place that has a lot to teach this country, as persons do come out of it, to positively impact their society.”

Like other suburbs, Soacha has the distinction of being a place where choices are made at an early age. From the slums, which rise into thin Andes air, to the gridlock on the Autopista Sur, Vélez believes youngsters can benefit from positive messages in music. “I take it as a gift from God that I was born in Soacha,” claims this musician. “I was lucky to have a family that had time to love and nurture me. Unfortunately in Colombia, too many children are vulnerable and at risk.”

Christian’s melodies are motivational, and he reaches out to youngsters with social media. Having studied Music at Javeriana University, Vélez saw firsthand how many youngsters from more fortunate backgrounds took so much for granted. While at University, the musi- cian admits that he didn’t feel “himself.” He felt he was living in somebody else’s world.

A sense of alienation inspired Vélez’s early songs. He then took on issues of identity, where he could hear himself saying: ̈Stop pretending, it isn’t what you have or what you do, ‘Es lo que soy’ (It’s about who I am). ̈

Christian’s first recorded song ‘La Montaña’ would lead to his first solo album ‘Soy.’ (I am). The album includes a duet on “No Puedo Más” with Latin Grammy-nominated Ilona.

The musician was also nominated in 2012 as one of three finalists to sing on MTV’s Unplugged with Juanes. Unfortunately, Christian’s travel visa to the U.S. arrived a week after the co cert was recorded in New York. Having missed this moment in his life, Christian remains upbeat. “It wasn’t meant to be.”

Christian launched several music projects last year and more are in the works. Through the goodwill of others and networking, this talented musician has been offered camera equipment, a production crew, and an entire cast of actors for his videos. Vélez’s creative ventures reflect a greater life mission: “Get outside of yourself, and impact the life of others.” 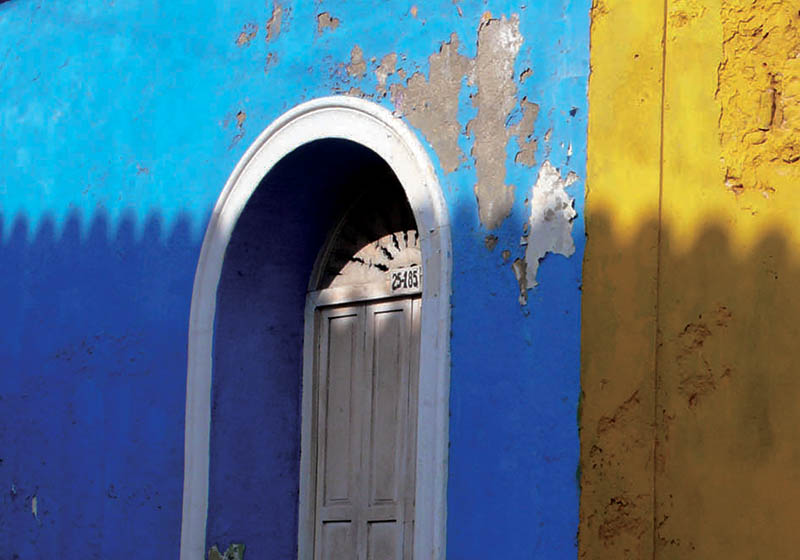