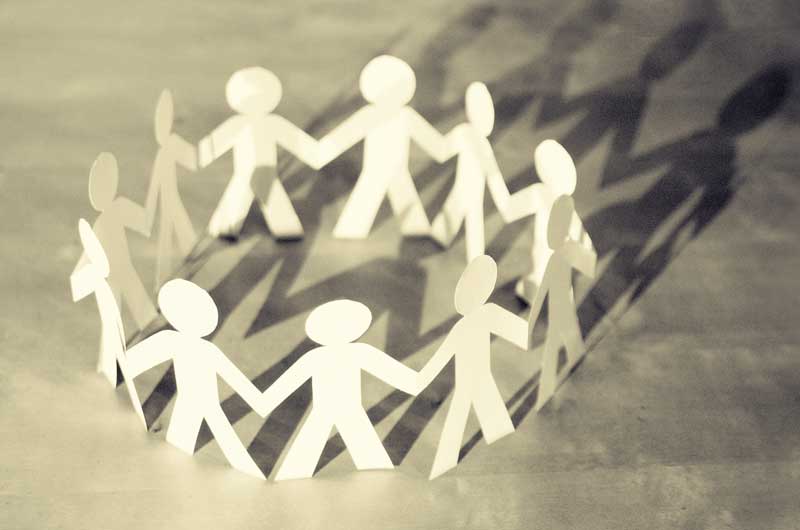 Moving abroad can be a roller coaster ride. Dealing with shipping companies, finding an apartment and discovering what the local word for “plunger” is when your toilet clogs. Many not-so-small issues can keep you busy for the first few weeks in a new home. But once the distractions end and life begins to take its course, there are moments of loneliness, with many expats feeling knocked out of their comfort zone and missing the easy familiarity of friends and family back home.

While befriending new people is a big plus – and one of the reasons many of us venture abroad – making friends can also be a minefield when you’re trying to feel your way along in an unfamiliar cultural setting.

The response of many new expats is to gravitate towards other English speakers, which can prevent the assimilation required to really make you feel part of your new home.

This has been the case for British teacher Megan, age 25. The secondary school teacher works and socialises with a large number of expats, preventing her from truly experiencing Colombian culture, she says. “There are English people all around me, or English-speaking partners of expats. We speak mostly in English, it’s easy for them because they speak both languages, but friendships are less legitimate.”

However, Megan says she feels very comfortable in Colombia. “It’s a very accessible culture, the language is like ours, people are very friendly although they can be distant, they are also embracing.”

Primary teacher Jess, 29, says the language barrier hasn’t proved a huge obstacle – especially when socializing. “If you are in a situation where you’re having a few drinks flows better.” Like Megan, Jess works in an expat environment, surrounded by English speakers. The gregarious Brit says she has a lot of Colombian “party friends” but few close Colombian friends, and she attributes this partly to the relaxed attitude to planning that’s part of the culture here. “Making plans and being late are definite barriers to making friends.” “I feel resentful because it makes me behave in that way too. I think ‘everyone else lets people down so I will too’. It just creeps in.”

The casual attitude towards time-keeping can be particularly exasperating when you’re trying to navigate the tricky world of online dating in Colombia, states Jess. “I’m not a novia monstrosa, or needy. I’m relaxed, but just say a day or something. You don’t feel like you can make plans because you feel like they’ll be broken.”

“The guys I meet are really nice when they are with you. But they don’t contact you for ages, and then they just expect everything to be cool.”

However, despite living on her own, Jess is happy in Colombia. “I can see why single women find it hard here and don’t stay here, and I am aware that a lot of women would be lonely, but I’m not. I’ve got friends and I’m always busy.”

“I’d be lying if there were no times I’d wished there was someone to share it with, but I’m very comfortable with myself.”

She adds that the fact she’s not planning to stay in Colombia for good means she’s been relaxed in her efforts to make Colombian friends. However, Megan sees it as the other way around. “Because we’re not here forever, Colombians are less inclined to make a relationship with us.”

Thirty-five-year-old Stephen has lived in Colombia for four years with his wife. He has “one or two” Colombian friends but the confessed introvert says working from home means he doesn’t have as many opportunities to socialize as he’d like.

Stephen says his experience in Colombia has been colored by the stark contrast to the culture he experienced in Asia, where he and his wife lived before moving to Bogotá. “I find Colombians much warmer and easier to approach. The culture shock hasn’t been too great as the culture is easy to navigate.”

The American adds that as a foreigner it’s difficult to know where exactly you stand, especially with a defined class system. “There seems to be an entrenched and culturally understood socio-economic class system within Colombia that foreigners don’t exactly fit into.”

The self employed designers says that though Colombians are friendly and approachable it can be difficult making plans. “It would be nice to have more friends, but I find that sometimes it’s difficult to get people to respond to emails and calls.”

Michael moved to Bogotá in 2001 and has been doing “this and that” for 13 years. He’s been a tour guide, an English teacher and a dog walker, and is currently selling U.S. real estate to Colombian clients. The American also loves his life here, but considers he’ll always be an outsider.

“It doesn’t matter if you’ve been here for one year or 20 years, you’ll always be that gringo,” he says. It took the 38 year- old a long time to feel settled. “I’m outgoing, but I struggled to meet people and I did feel lonely for quite a long time.”

Michael struggled for two years and then decided to make a conscious effort. “I threw myself into the social scene, networked like crazy and said yes to everything. Eventually I met my wife and that was that.”

Michael and his Colombian wife have two young children. “It’s hard to make the effort, especially if you know that you always will be on the outside,” he states. “Having a Colombian family does help.”

“On the surface, Colombian culture seems very similar to the U.S, but you don’t have to look far to find some pretty big gaps.”