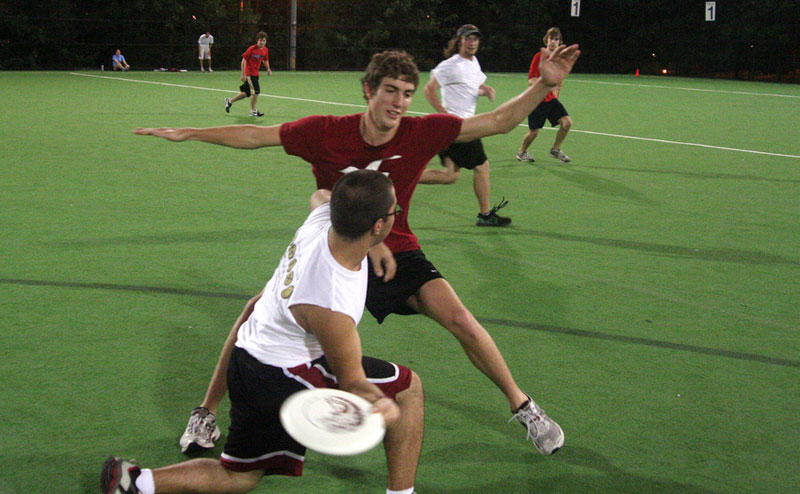 When Camilo Rodriguez López arrived in Washington, D.C. for a nine-month English study, the first thing he did was attend a local D.C. Ultimate Frisbee practice.

Having played for years in Bogotá, finding a community that shared his passion, even a continent away, was an easy entry point into a new city. “Ultimate (as players call it) is a good way to meet people,” López says. “Though there aren’t many people that play it, the people who do have a good vibe about them on and off the field.”

In 2006, a Colombian youth team flew to Boston for the 2006 Junior World Championships and, while there, invited a U.S. coach to run a clinic in Medellín. Ever since, a number of teams have done the same, traveling to and from cities like Seattle, San Francisco, Bogotá, and Cali. You can find players from Colombia and the U.S dancing together on the sidelines at tournaments, hosting one another in their homes, and trading jerseys after the World Games.

“To make relationships with the U.S is not just to make friends,” says Mauricio Moore, a prominent coach and organizer from Medellín who led that first trip to Boston and last summer served as a liaison between the World Games and Ultimate’s international governing body. “I think Ultimate is creating a huge bridge between two nations.” Moore goes on to highlight that Ultimate has encouraged a group of people to travel to Colombia when they might have otherwise avoided it. “Ultimate is creating this trusting scenario. It’s a big step.”

Jeremy Norden is a top U.S player who, through shaky Spanish that he learned in high school, first befriended members of the Colombian team that travelled to Boston in 2006. He was invited to Colombia to coach in 2010 and has made five total trips to play and coach, two of them funded by Davis Projects for Peace. “Having a common background in a sport that you’re passionate about transcends borders,” he says. “Being able to feel confident going to a country you’ve never been before and meeting people that go out of their way to make you feel welcome is great.”

Because the key tenet of Spirit of the Game puts the responsibility for fair play on players rather than referees, ultimate is used to teach understanding and conflict resolution to kids all over the world. In 2011, organizers of the Pan-American Ultimate Championships in Medellin teamed with Ultimate Peace, a group that has worked extensively to promote unity in the Middle East, to run youth clinics in Colombia. More recently, Moore and fellow organizer Roxanna González have created an ultimate branch of Entornos Protectores, a government-funded initiative to bring sports, music, and the arts to at-risk youth.

“We sent ultimate coaches to the most isolated towns for one month,” says Gonzalez. “It was very cool because some of those kids had never even seen a traffic light.” As for López, Ultimate has eased his transition: there are lots of games and leagues in D.C., and he’s enjoying the opportunity to play in a new competitive environment. Off the field, local players have even offered to help with his apartment search.

“Ultimate isn’t just a sport, it’s also a community where we help one another,” says Lopez. “The more people you meet, the more opportunities you have to play in other places.”