On a warm evening in the famous Brazilian Maracana stadium in Rio de Janeiro, Colombian midfielder Abel Aguilar deftly headers the ball to James Rodríguez. Rodriguez is about to score a goal that would give Colombia an unassailable lead against their opponents Uruguay, be named as the best goal of the tournament and produce something so special that the Colombian commentator covering the match would go into an ecstatic frenzy of vocal celebration. When the audio was discovered by the rest of the world, hundreds of videos, blog postings, and even a remix of the commentary into a song, appeared online.

The passion the commentator showed that night was typical of the outpouring of emotion of a South American commentator, who has the job of getting the party started. However, what this global reaction to the Colombian commentator shows, is that this style of commentary is a novelty to the rest of the world, where the commentators actually have a very minor role to play.

For many, especially in Europe, the commentator’s role is that of an unseen expert voice that plays a necessary role behind the camera guiding the spectators through what is happening on the field, for some even an unnecessary annoyance. What is taken for granted in Europe has become an art form in Latin America, with commentators taking the role as the signature theatrical narrators of the unravelling drama on the pitch. The incredible tension and euphoric celebration, is unashamedly biased in success and heartbroken in defeat.

Luis Fernando Restrepo, who works as a football commentator and analyst for Direct TV Sports, describes the South American commentary style as “a very dynamic narrative descriptive style that tries to be part of the party, unlike Europe that is only descriptive”. Not only is Latin American dynamic and descriptive, but the commentary is often accompanied by sound effects and music. A concept originally created in Brazil, the idea has spread across the continent. And this style definitely heightens the emotion for those watching at home, an experience that also reflects the culture of the continent’s peoples.

Throughout the continent there are subtle differences in the commentary style in each country. In Colombia, for instance, the style is to speak very quickly, quicker than anywhere else in Latin America. This style heightens the drama and the tension of the match with each rapid sentence. But what is most well known about the South American commentator is the way in which a goal is celebrated. “The cry of goal here has to be very long. The longer the better the narrator,” says Restrepo who heads up a long line of prestigious Colombian commentators announcing the game. Restrepo names Edgar Perea, Paché Andrade, and Jorge Eliécer Campuzano, as some of his favourite Colombian commentators, all of whom haven risen to the role of minor celebrities in Colombia, with Perea even holding a position within the Colombian government.

But what makes Colombian people so receptive to this style of commentary? Restrepo says: “For them it is emotion and is part of what is experienced on the field. For them, another style is monotonous and slow”. For Europeans this is difficult to understand. Perhaps because culturally Europeans are on the whole a more reserved people, whereas a country such as Colombia sporting success is greeted with an outpouring of uncontrollable emotion (perhaps best demonstrated during the 2014 World Cup when celebrations became so intense that a nationwide prohibition law “Ley Seca” needed to be passed, after Bogotá saw an outbreak of 3,000 street fights when Colombia won their opening match of the tournament).

The commentary is almost reflective of the intensity of the people and their passion for the sport. After all, anyone who has watched a football match in Colombia will be familiar with the screams of excitement Colombians often make at any opportunity the team has to score throughout the game. A sound that highlights the intensity with which Colombians watch their sport, and which can be heard in their commentary.

The South American football commentator is one of football’s greatest novelties. The unique style will always be part of its own world. Even with my Colombian heritage, I am often astounded at just how many words can be crammed into a sentence that is describing the simplest of passes.

As long as Colombia continues to produce great sporting moments, like Rodríguez’s goal against Uruguay or Mariana Pajón’s BMX gold medal at the 2012 Olympics, the country will continue to be filled with emotion, pride and the ecstasy that elevates it the top of the world stage. 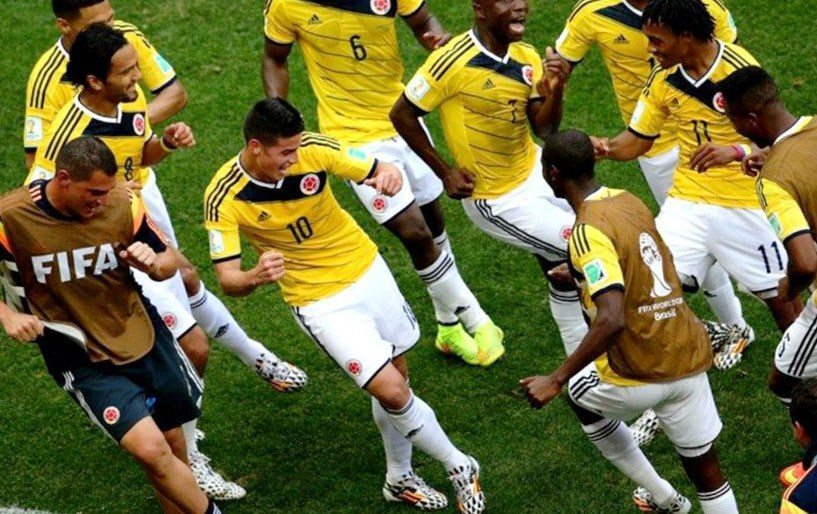 Colombia kicks off vs. the United States tonight in Copa America...