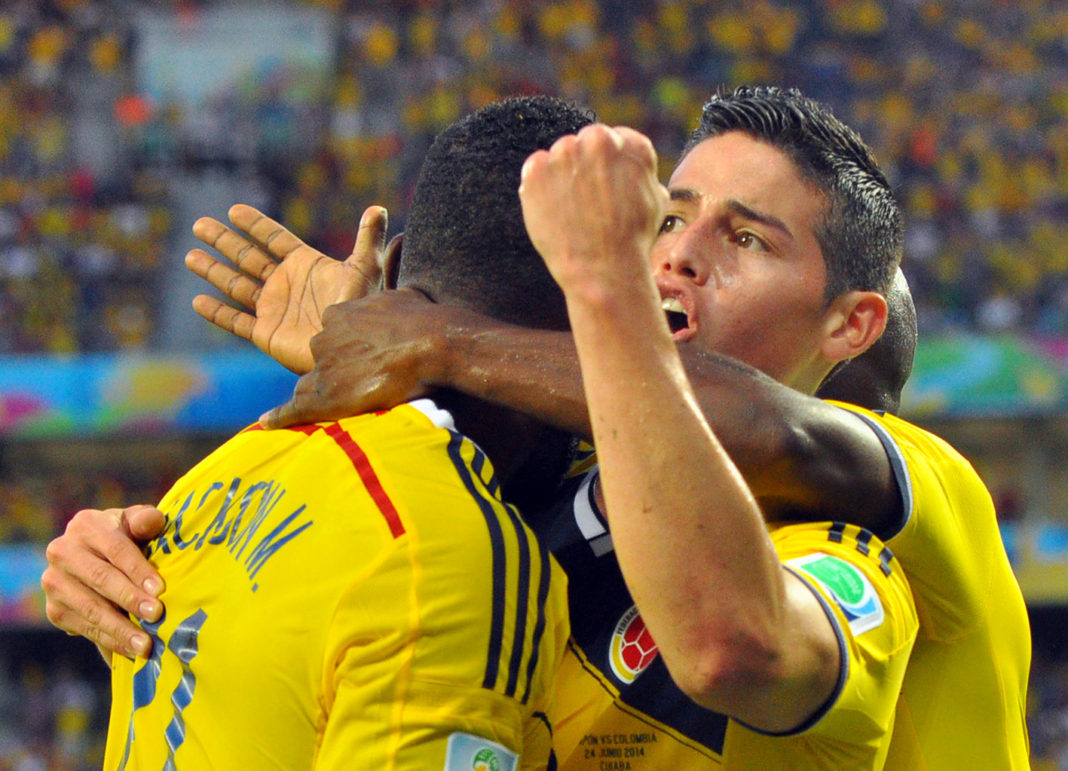 Colombia’s national football team, La Selección Colombia, have arrived in Russia, ahead of the World Cup opening ceremony on June 14 in Moscow’s Luzhniki Stadium, and exactly a week before their first match on June 19 against Japan’s Blue Samurai.

This is the first World Cup for the 32-year old striker, Radamel Falcao, who was forced to sit-out Brazil 2014 due to a serious knee injury. “The story is different now,” the team captain told journalists before leaving for Russia. “I’m making the most of every moment with my teammates, getting us ready for this World Cup that we’re very excited about.”

Colombia is currently ranked 16 by FIFA.

As part of Group H for World Cup Russia 2018, Colombia is widely-considered a strong contender to reach quarter finals, but, in order to do so, must first face three adversaries: Japan, Poland and Senegal.

Colombia’s debut again Japan will be in the 28,000-seat Mordovia Arena in Saransk.

This is the second World Cup for the 68-year old Argentine coach José Pekerman in his tenure with team Colombia. Pekerman led his native country to three Under-20 World Cup triumphs in 1995, 1997 and 2001. But his time with the Argentine national team ended at the 2006 World Cup, with his home country’s loss in quarter-finals to Germany. This year, expectations are running high that Pekerman with strikers Falcao and Rodríguez at the helm, can turn a tide on Colombia’s football history, by reaching the last 16 and possibility of playing against World Cup favorites Germany, Spain, England and Brazil.

After Colombia sweeps past the Blue Samurai on June 19, it faces Poland on June 24 in the capital of caviar, Kazan. Here, two FC Bayern München strikers, James Rodríguez and Robert Lewandowski, enter the duel, and even though the Arena will be packed with fans of the White and Reds, Colombia should at least, tie the match. Team Poland has qualified eight times in the World Cup and finished third on two occasions, in 1974 and 1982.

Considered our strongest rival in Group H, this match will be played on a Sunday and broadcast at 1:00 pm Bogotá time.

Our last contender in Group H is Senegal with the match scheduled for June 28. Making their second appearance in a World Cup and ranked 28 by FIFA, the Lions of Teranga have plenty of bite, and in their 2002 debut, memorably reached quarterfinals beating then defending champions France in the group stage.

In the Colombia game, the west African forward Sadio Mane (Liverpool) presents the greatest danger to our defense. The match begins at 9:00 am and will be transmitted from the Samara Arena, in the Russian Oblast.

Colombia’s flag to be raised in Tour de France in honor...