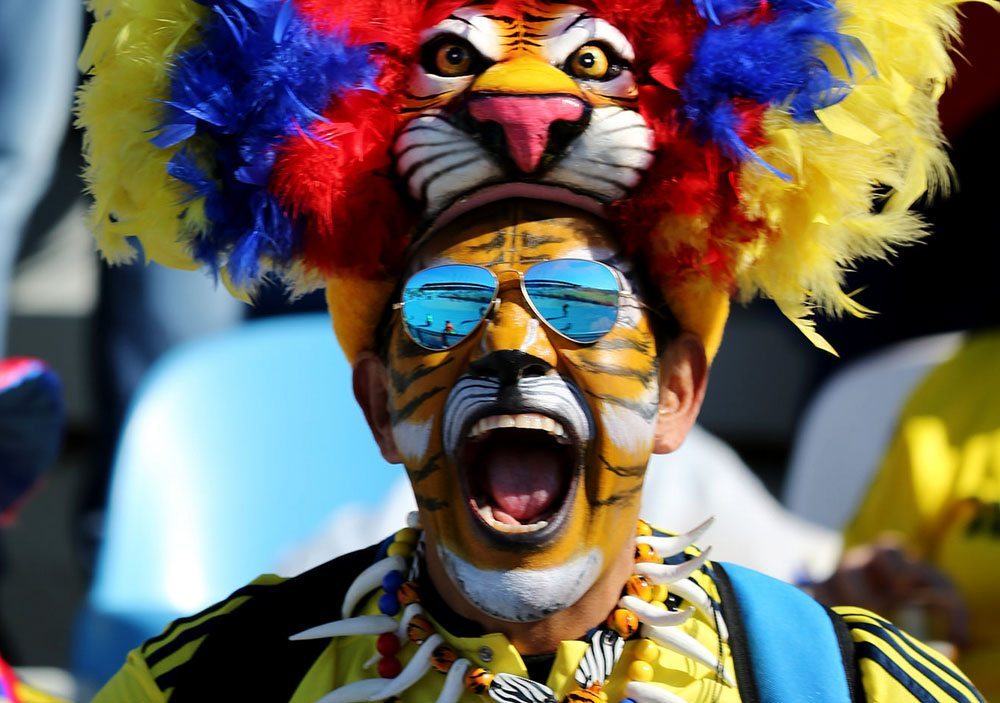 I was an avid football fan. How times have changed. Now I can barely bring myself to watch a live game anymore. What has happened?

At university in the UK I organized and captained a team, when travelling the length and breadth of Latin America on one occasion I would have the dates of the Conmebol World Cup qualifying games in my diary so as to try and catch live spectacles across the continent, and then, after knee surgery which finally put paid to my playing days and dreams of an always unlikely call-up, I would watch any and all international games broadcast on television. My favourites of course were England and Colombia matches, the first being my country of birth and identity and the latter being my adopted homeland.

Football was an important social factor in my life, whether it meant watching Bolivia humbling Venezuela in the thin oxygen of the Nido del Condor stadium in La Paz or Paraguay succumbing to Brazil in Asuncion’s Defensores del Chaco stadium. If I was even remotely nearby I would move heaven and earth to get in to a live game.

Then, after a significant hiatus from the Premier League my beloved and perennially unfashionable club side of Watford FC is playing with the big boys once again. I liken the hornets to the unstylish Alianza Petrolera of Barrancabermeja and it’s an easy transfer of affections as well as the black and yellow strips are similar not to mention the overall sense of well-being this creates under my roof as my wife is, you guessed it, a Barrameja.

No one really hates either of them, in fact, in both cases, I think and feel that people both in the UK (Luton town aside) and in Colombia are rather indifferent when it comes to these teams. Where the conflict raises its ugly head, is with long-established teams such as Atletico Nacional, Manchester City, Santa Fé, Chelsea and Millonarios but it’s not here I wish to focus but on the national sides, or la Selección and the Three Lions.

To watch England, you’ll agree, is a joyless endeavour. It is an obligation, because somewhere deep in the quagmire of unresolved issues of identity and place which make up part of the English national psyche, we know that the team can play and yet with our outdated and misplaced sense of imperial achievements, we England supporters as a whole, probably unknowingly believe that the football world owes us something for having invented the beautiful game. Read Alex Bellos’ incomparable Futebol: The Brazilian Way of Life, and a stark truth emerges. The game belongs to those who play it beyond the shores of little England and into territories far adrift. Not only did football find its obvious spiritual home in Brazil, but also in Argentina, Chile, Uruguay and of course Colombia.

To watch a game in these countries and in the company of local fans is to be schooled in tango, samba and salsa. Free yourself from the English constraints of correct behaviour and etiquette and you’ll fall under a bewitching spell of cadombe as if controlled by a central taita, and football possesses a spiritual connection to the people and the land. The game is played as one, tethered by beliefs but free in style, it’s as if the players from this continent present football to the world in highly vibrant ways, as if having a special relationship to the primitive powers of rhythm, dance, magic, and sex.

Could you ever say this of any player or the squad convened at Burton-upon-Trent at the St George’s Park, the English Football Association’s national football centre? The last time that England fans had something to celebrate in an international tournament may have been Gazza’s wonder-goal looped over Scotland captain Colin Hendry and past Andy Goram into the net. I am saying this as a fan who was there at Wembley, aged 13 in the company of my mother, seeing the Rolling Stones in concert (no, I missed Mick, Keith and co in Bogotá) when the music died for the penalties in that Semi Final against West Germany in Italy 1990.

One cannot say that Colombia played exceptionally well in this centennial Copa America in the United States nor in Chile 2015. But, we were all in yellow without exception, James Rodríguez in his post-match comments after the first US game made a nation weep and fawn in adulation forgetting, albeit momentarily, the political games being played in Havana and Bogotá. In a sodden Chicago the Cafeteros tumbled out and how we lamented, shedding genuine tears of heartbreak. Contrast this when England are dismissed from the Euros and a tide of venomous antagonism and blame is apportioned on individuals, the coach, the collective and the fans. Some deep soul searching is demanded and illusory statements are offered. Yet, nothing comes of it.

And so while England seeks answers, Colombia simply shrugs and looks to the joy in the game and in the experience. Leave the rancorous behaviour to those bare-chested and tattooed thugs brandishing the St George’s flag in France and vacant city centres in once industrial English towns and feel the rhapsodic qualities of following a national team in South America.

There is still a belief and joy in the beautiful game here in Colombia when the national side plays. A pick-up game of football taking place on a rutted dirt street with a deflated ball is where it all begins and it is a high-spirited and good-natured event that offers an identity and uniting experience. So, you’ll understand why I am turning my back on the three lions to sing in unison with Colombia.

Colombia in Russia ahead of World Cup ceremony and opener against...