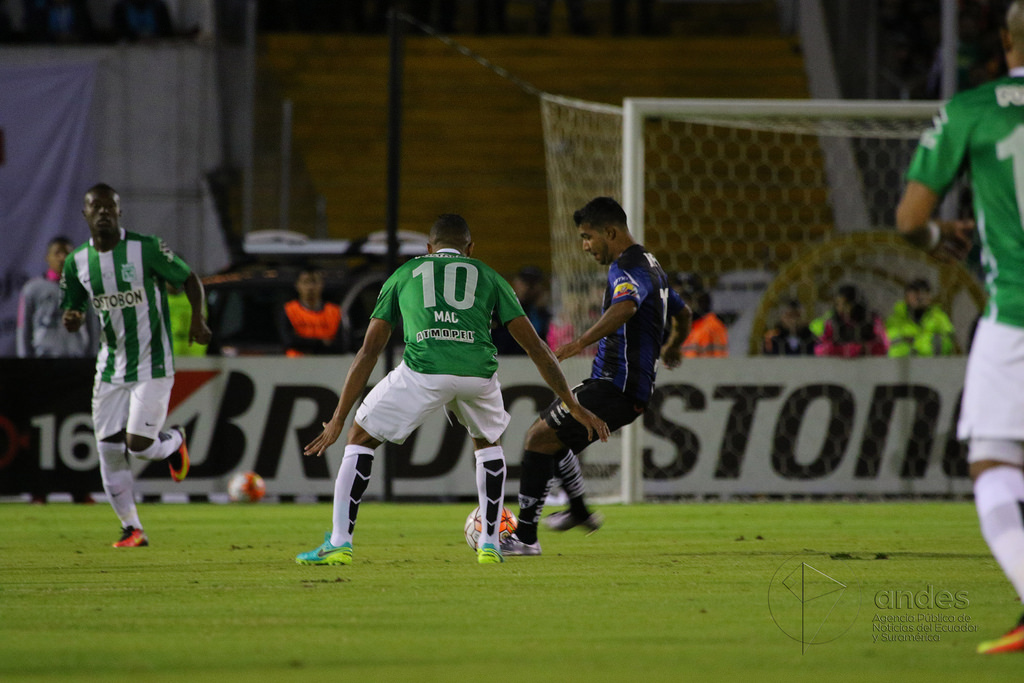 Colombian football team Atlético Nacional won the Fair Play award at yesterday’s annual FIFA ceremony. In a gala highlighted by Real Madrid’s Cristiano Ronaldo winning another player of the year trophy, the sport’s top governing body recognized the Medellín squad for its compassionate response after a plane crash on November 28 in the country killed nearly every member of the Chapecoense team it was scheduled to play just days later.

The Brazilian team was on the way to Colombia’s second-largest city for the Copa Sudamericana tournament final, but disaster struck when the aircraft ran out of fuel and careened into an Andean mountainside, killing 71 of the 77 passengers aboard.

Only three players, two members of the flight crew, and one journalist survived the LaMia Flight 2933 that crashed roughly 10 miles from of its destination, José María Córdova International Airport in Rio Negro, after flying nearly 1,600 miles from its takeoff location in Santa Cruz, Bolivia.

In the aftermath, Atlético Nacional officials requested that the South American football association award the championship to Chapecoense since no match could take place. The Medellín team’s fans then packed Atanasio Girardot stadium the following night at the time of the scheduled game to offer a touching tribute.

Supporters dressed in white and lit candles as player names and photos were displayed in the stadium. Medellín Mayor Federico Gutiérrez oversaw the release of 71 white doves to honor each victim, and the capacity crowd chanted “We will never forget the champions.” The extended memorial also included repeated cries of “vamos, vamos Chape” in recognition of the team that the Colombian fans dubbed “eternal champions.”

When the bodies were returned to the team’s home city of Chapecó in Brazil, an estimated 100,000 locals gathered to mourn and pay homage to the fallen heroes, who had mounted an unexpected, underdog run to the competition’s final.

The Colombian tri-color flag was flown in the stadium alongside the home nation’s green banner, as children and senior citizens alike wept openly in front of 50 coffins. Chapecó Mayor Luciano Buligon wore an Atlético Nacional shirt to express his thanks for the team’s expression of solidarity earlier that week.

Tributes also continued throughout Colombia following the tragedy, both on social media and in the streets from Medellín to the capital. Grammy-winning Colombian singer Carlos Vives memorialized the victims the same day their bodies were arriving back in Brazil.

While headlining the Almax festival in Bogotá on December 3, the Santa Marta-born Vallenato legend offered a heartfelt melody while a video screen displayed images of Chapecoense players and the team emblem. The crowd was moved and launched into a rousing chant of “vamos Chape, vamos Chape.”

Another team from the country is also doing its part to honor Chapecoense. The Colombian national team will travel to Rio de Janiero to face Neymar Jr. and the Brazilian national side on January 25 in a friendly. Proceeds raised from ticket sales will go to support the families of those who lost loved ones in the air disaster. The Brazilian football federation has also pledged a donation of around US$1.5 million.

Organizers originally debated whether to hold the match in Chapecó or Rio, but settled on Estadio Nilton Santos in Rio de Janiero because more tickets can be sold at the larger venue.

The occasion is also expected to bring together Real Madrid stars James Rodríguez of Colombia and Marcelo of Brazil, both of whom showed emotion following the crash. Marcelo, a defensive standout on the Brazilian national team, was seen crying during a moment of silence in training. James, the Cafeteros captain, offered condolences on Instagram before dedicating a goal he scored for Real Madrid the next day to the victims.

In the days and weeks ahead, the larger focus shifted from memorials to investigating the crash. Authorities were shocked that such an unthinkable accident could happen, and officials in Bolivia, where the flight took off, levied criminal charges against multiple people involved in what was deemed an improper flight plan and negligent operations.

Pilot Miguel Quiroga, a part owner of the LaMia airline who died in the crash, was ruled at fault by officials in both Colombia. According to a the the findings of a lengthy investigation, the pilot failed to ensure the plane had enough fuel for the trip and then failed to alert the control tower in José María Córdova airport when the situation became grave.

LaMia CEO Gustavo Vargas and two other employees of the carrier were arrested for their role in the disaster. Charges were also sought against an air traffic controller in Bolivia.

“No technical factor was part of the accident,” said Col Freddy Bonilla of Colombian aviation authority Aerocivil in late December after the investigation was concluded. “Everything involved human error, added to a management factor in the company’s administration and the management and organization of the flight plans by the authorities in Bolivia.”

Bonilla added that the multinational team of investigators will continue to study the crash. He said the final report is expected to be finished by April.

Colombia in Russia ahead of World Cup ceremony and opener against...