And knowing how difficult it is to make travel plans with such a definitive date looming over us, The City Paper recommends some final and very connected destinations for the most cosmic day of the world.

Across the Cauca River on the outskirts of Cali there’s a famous dance strip called Jaunchito. Famous for its big swing bands and swirling salsa, Juanchito is a late night affair, which usually ends at dawn. Where waiters wear their bowties and wrap cold beer in paper napkins, the drink to end all drinks here is rum.

A night at Jaunchito probably means you’ll be too distracted (and too drunk) to witness the Armageddon. And as the final hours are counted down, hit the dance floor, as you’ll most likely be lucky in love one last time. Jaunchito is the World Cup, World Series of Poker and The Gravity Games all in one when it comes to dirty dancing.

Instead of rushing to the hotel, jump in a taxi, cross the bridge that unites the capital of Valle with this salsa sidekick. Tell the driver to take you to the Barrio Siloé without stopping at any stoplights. A nice long police chase through Cali will add a little spice to your last night on this planet.

Located just outside of the village of Villa de Leyva is an archeological site, which originally served as the old ceremonial grounds for the Muisca Indians to observe the solstices. When the Spanish arrived they were so horrified by the large penis statutes that they decided to knock them all down.

They failed. Instead they named the area “Little Hell” as a way from dissuading the natives from visiting the site. Very much a sacred site near the region’s vineyards, Villa de Leyva has never lost its cosmic connection. On any given weekend you can find backpackers crawling through the Candelaria desert looking for fossils or trekking into the hills nearby to watch celestial bodies.

The colonial town is also rumored to have been built upon what was once a landing strip for UFOs. Maybe this is a good place to be at the end of world, for a ride into the future.

“I was on all fours convulsed with spasms of nausea,” William Burroughs wrote to Allen Ginsberg, describing a yagé session. “I could hear retching and groaning as if I was someone else. I was lying by a rock. Hours must have passed. Yagé is space-time travel, the room seems to shake and vibrate with motion. The blood and substance of many races, Negro, Polynesian, Mountain Mongol, Desert Nomad, Polyglot Near East, Indian-new races as yet unconceived and unborn, combinations not yet realized passes through your body.”

We can’t express any better the words of “tripping” Burroughs when it comes to connecting with your inner self thanks to the shamanic brew, Auyuhasca. If you are going to do something self-destructive, why not set up an Armageddon party, do it as a road trip and head to quiet Quininí, an hour southeast of Bogotá.

What better way to get to know your friends than to spend an entire sweaty night together rolling around on the floor, dry heaving and excreting fluids out of every part of your body. This excursion will live in infamy, as an experience that you will quite likely not live to regret.

Chose those precious hours on earth to spend time with the people who have given so much to Bogotá: the police. Shake the many hands of the brave men and women who keep the Plaza de Bolívar safe on Sunday afternoons and who stay posted at most intersections during the long commute. Let the police know that their best attribute is just to be present everywhere and their willingness to give directions to you when you are lost in translation and TransMilenio.

Let them know that the best way to prevent crime is by being present on all bridges and ramps. Tell them that they are doing a great deed just by getting up in the morning; putting on their reflective jackets and standing next to you while you wait for a bus. The end of the world is the best time to spread some good energy about our city and what makes life so pleasant here.

All apologies to our readers if the world doesn’t actually end on December 21st, 2012. We still wish you the best for the holiday season. 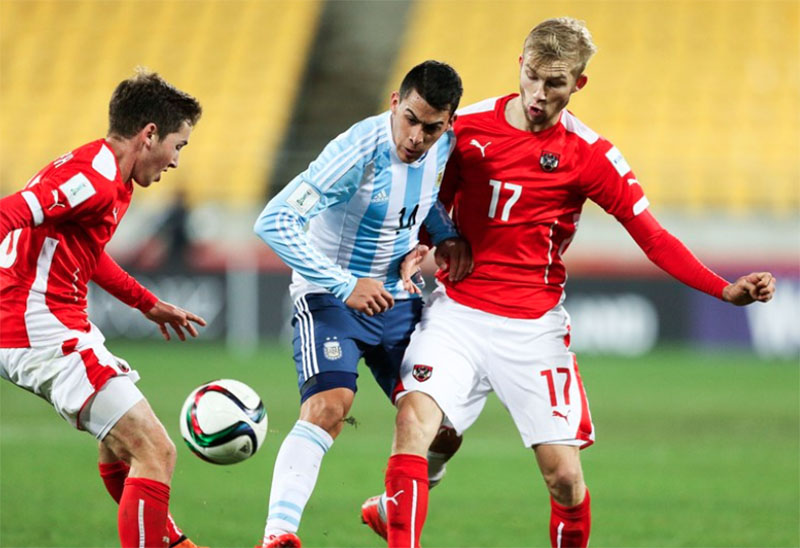