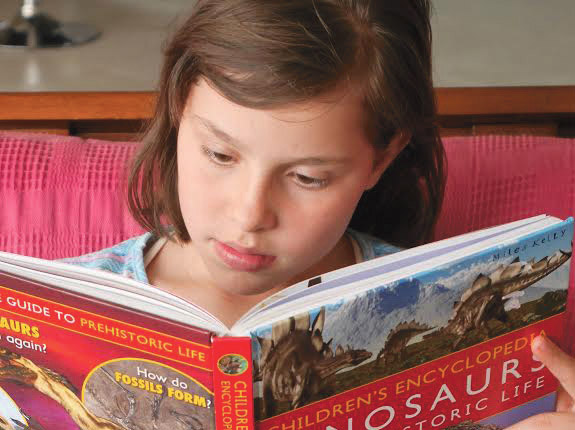 What you doing daddy?” asks my two-year-old son as I lay under the kitchen sink struggling to fix a leaky pipe. Like most milestone moments in our children’s development, it caught me off guard and took several seconds to fully realise that my son was speaking to me in my native language.

Perhaps I should not have been so surprised that Sam, born and bred in Colombia, would one day untangle that jumble of sounds in his innocent little head and just start speaking to me in English.

Of course, he already spoke some Spanish, and heard me speak in English which I tried to do around him as much as possible. His mother and older sister speak Spanish and English and I had a strict rule in the house on watching television in English, whenever possible.

But the fact he came out with a whole formed phrase was quite startling. Like most children bilingue desde la cuna (bilingual from the cradle) he had starting speaking quite late in his development, needing more time to process the raw data, but had at a certain point realised that there were two different sets of words to sort out and had correctly figured out what ones to use with whom.

Rather frustratingly this did not seem to register with his kindergarten where the teachers were worried by his seemingly slow progress. “But he’s learning two languages. Bilinguals take longer,” I told them to a blank response. Then, when he did start speaking double some Bogotá friends were mystified how he did it. “So at what point did he learn the English grammar rules?” a friend asked, clearly under the impression we had a child genius on our hands who would be doing concertos at five and quadratic equations at six.

I pointed out that Sam had learned English the same way he had learned Spanish – by hearing it. He didn’t have any more of a clue what a Past Perfect Continuous was than I did. My friend’s confusion spoke volumes about how English is taught (often miss-taught) in a Colombian system overloaded with grammar rules that even the brightest students struggle for years to learn something Sam picked up without noticing.

He did have an advantage. Babies are born with a 100-billion neurons blissfully uncontaminated by general adult clutter, such as “where did I leave the car keys?” and can absorb (and better still retain) information like little sponges. The fact is we do not teach infants to speak any more than we teach them to smile or reach out. It is a natural response to the need to interact with the people around them and the exposure to the sounds they hear. My daughter was raised in Zimbabwe and at age three could speak English and Spanish and, much to our amazement, had somehow picked up the local lingo Shona from chatting with the gardener.

Unfortunately, after ten years of age it is all downhill as we lose much of our ability to quickly assimilate new language structures and later in life, the fog of forgetfulness makes it a downright headache. So nowadays, educationalists recommend to get kids speaking in tongues from a young age.

This was not always the case. Some decades back there was a general belief that bilingual kids would grow up confused. Immigrant families to the U.S. were officially advised to “try to use English at home.” There were other reasons to forget the mother tongue: parents suffering racism and stigmatisation wanted the next generation to ditch their mother tongue. Spanish was the language of the lowly-paid and only with English could you get ahead.

Scientists tell us that that being bilingual from the cradle can bring benefits more and above the practicality of speaking two or more languages. Research has shown that learning two or more languages before five years of age can change how the brain develops, with denser grey matter – the bit that matters – improving concentration and memory. Some long-term neuroscientific studies suggest bilingues de la cuna have healthier brains later in life with delayed onset of degenerative brain diseases such as Alzheimer’s.

Still some parents linger with the concern that bilingual kids will end up talking some hybrid ‘Spanglish’ and not flourish in either. In fact bilingual siblings often switch mid-sentence between idiomas, a practice called code-sharing, but for outside conversations they quickly learn who speaks what and use the correct words. Though of course the odd oddity pops up. My daughter announced the other day she was ‘planching’ her shirt while doing some ironing (planchar in Spanish).

And who cares if a few foreign words creep in? Actually 60% of the world’s inhabitants already speak two or more languages, so why not mix things up? All living languages are evolving and can use a little spice, or should we say some Je ne sais quoi.