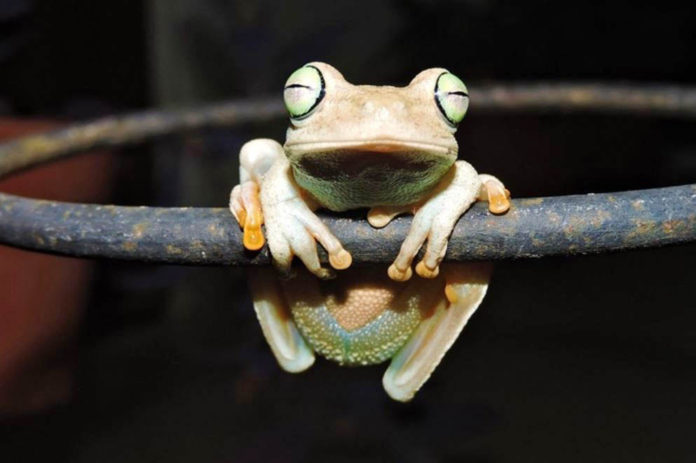 With most of the world quarantined with the coronavirus pandemic, videos went viral of animals exploring desolate towns and cities, among them goats in a Welsh village, lions sunbathing along a road in South Africa and penguins embarking on a field trip to explore their empty zoos. From fluorescent jellyfish floating in the canals of Venice to ducks paddling in the fountains of Rome, extended lockdowns have given humans a rare opportunity to connect with nature, especially with the help of technology.

Since quarantine was enacted in Colombia on March 25 and a country where many are self-isolating in rural and urban settings, animal spotting has become a favorite pastime with pictures posted on the interactive website Naturalista of the Humboldt Institute. With the initiative Naturalistas Urbanos desde Casa: Bioblitz en tiempos de cuarentena (Urban Naturalists from Home: Bioblitz in times of quarantine) users have registered 2,146 species during the first month of lockdown and open platform for amateurs, scientists, techies to share interesting information on local biodiversity.

The Humboldt Institute’s Naturalista was launched in 2016 and is the digital ally of iNaturalist, a geo-tagging website and App run by the California Academy of Sciences and National Geographic Society. The U.S platform currently houses images taken by millions of people around the world providing researchers with key scientific data. Naturalista has an equally impressive picture archive with 323,000 species and 13,000 observers, among them Juan Manuel de Roux who turned author of a scientific journal after he spotted during quarantine a Colombian weasel (Mustela felipei) on the porch of his house. The mammal was considered extinct until de Roux uploaded his image and first photographic record of the animal in the last 30 years.

In one month of quarantine Colombians have posted almost 8,000 sightings of animals from the smallest critters to lizards, snakes, frogs and bears. So far 3,326 species have been identified and 4,649 are waiting for their respective identification. According to Sindy Martínez, researcher of Social Sciences and Biodiversity at the Humboldt Institute, the initiative highlights the importance of collaborative citizen science in documenting regional biodiversity. “The most important aspect is that all the information and data are free to access. The images do not belong to the Humboldt Institute or to any of the platform’s partners,” said Martínez.

So next time you’re wondering what to photograph from your terrace that isn’t a sunset, take your cellphone into the urban wildness (when walking to the supermarket or bank) and always with a facemask and maybe you’ll spot a rare Quarantinensis.

To browse picture galleries or participate one must login in and search under “Colombia” at www.inaturalist.org