An advertising offensive which aims to reinforce the image of Afro-Colombians in the coastal port of Cartagena has hit the streets and started raising eyebrows due to its striking photography and #SerNegroEsHermoso (To Be Black is to be Beautiful) slogan.

In a city historically divided between rich and poor, white and black, costeño and criollo, beyond the stone walls of the colonial enclave of the Ciudad Histórica, Cartageneros have enthralled by a creative initiative to draw attention to dangers of discrimination and the importance of recognizing Black identity in a city of 70% Afro-Colombians.

Edwin Salcedo Vásquez is one of the masterminds behind the campaign and a senior advisor to Cartagena’s municipal Observatorio Distrital Anti-Discrimination Racíal (Anti-Discrimination Observatory) has been researching discrimination at a community level. This social activist brings to the #SerNegroEsHermoso campaign extensive experience in advertising and the digital arts, having worked as a Development Specialist for the U.S. Embassy on Afro-Colombian issues. “We saw a need to launch this campaign due to the lack of self-recognition,” says Salcedo, as billboards are increasingly evident beyond the stone walls of the Ciudad Histórica. “Many people don’t identify themselves as Black, even though they are.”

“We want to give Afro-Colombians a reason to be proud”

According to Salcedo, “being Black” equals “being poor, unintelligent and ugly” in Cartagena. But this misguided perception may soon change as the campaign gains momentum with its imposing visuals and an eye catching hashtag. “This campaign is actually a tribute to the slogan ‘Black is Beautiful’ which took off in the U.S. during the 70s,” claims Salcedo. The ‘Black is Beautiful’ movement was so groundbreaking for Afro-American identity that it went viral a half century before digital technology. Salcedo also hopes that the Colombian version will challenge the notion that racism is not embedded in coastal culture. “We want to give Afro-Colombians a reason to be proud, without filters of negativity and stereotypes that prevent them from accepting themselves.”

Now in just about every part of the city you can see the posters and a travelling exhibit is heading to local shopping malls. The Museo Histórico de Cartagena de Indías, one of the most visited attractions within the Old City will showcase the campaign as part of the celebrations for African Identity Decade 2015-2025; and according to Salcedo, these visuals will stimulate self-acceptance among Cartagena’s Black community and possibly, influence public policy in stemming racial discrimination in the workplace and on the streets.

The campaign has received mixed feedback so far. Some have criticized the language saying it is “divisive” while others have applauded the message as “empowering”.One scroll through the growing number of Afro-Colombians using the hashtag on social media shows that the #SerNegroEsHermoso campaign is making an impact: from “selfies” to personal testimonies, to the beaming faces of children playing on the beach, it seems that rather just being a slogan, it’s a validating declaration for many. 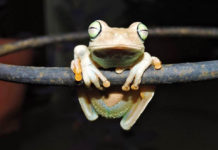 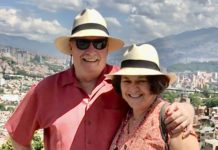 US expats in a COVID-19 World: A report from Medellín, Colombia