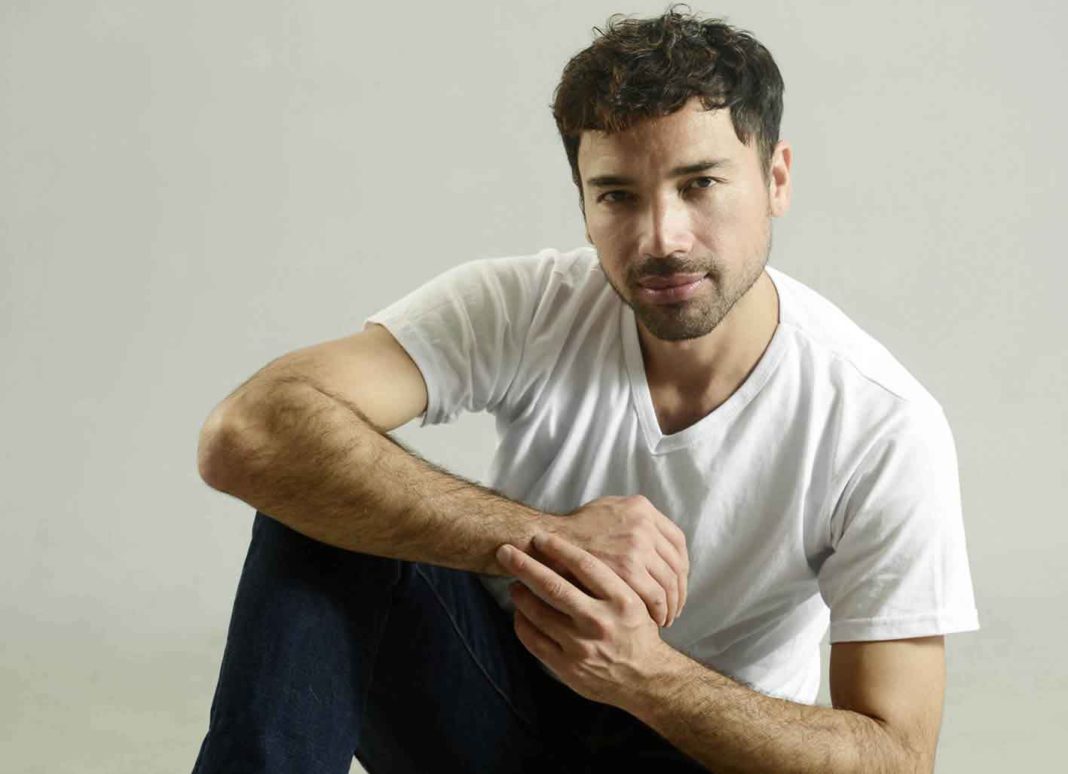 “It’s hard to ignore so much need in places like this.”

As the coronavirus crisis continues to grip the world and Colombia struggles to flatten its curve, many of those in need of assistance rely on the kindness of strangers to help them survive the pandemic. For Fabian Zarta, it was a call to action.

“I think people may relate to that organic human nature to give a hand when needed; we all have experienced that feeling of need and want as well,” he tells The City Paper. “I just had to help somehow. I wanted to do it with my own hands, and I didn’t want to hide waiting for everything to be okay.”

Born and raised in Bogotá, Fabian Zarta has always in some way or another sought to share his services and talents with others in a wide variety of ways. When he discovered his love of putting on a show for others, he says choosing that work was an easy decision.

“It has always felt like a call,” he says. He recounts the story of his grandfather Eudoro (locally known as “Gorra Vieja”) who served as the comedian and storyteller for all the fiestas in his hometown of Purificación, Tolima, and Fabian was “unconsciously drowned by all his magic.” At the same time, he was fascinated by his entire town stopping their lives at 8 PM to tune in to a popular telenovela, but took issue with the faces he saw onscreen. “There was a pattern on national TV: I usually saw the same people on screen,” he recalls. “I said, ‘One day I will change that; it needs more diversity’.”

He began studying film and TV production and launched his career as a local theatre actor, and it wasn’t long until he was off to New York City. When he reflects on his rocky first few years in the city, he always thinks back to the story of a fruit fly sitting on the glass of his window. “She was beautiful, full of life and strength, with her tiny transparent wings spreading out with pride,” he remembers. “It felt like she was staring at me, inspiring me to fly and be stronger. So if she was fighting, knowing that her lifespan just lasted for a few weeks, why wouldn’t I?”

Zarta would go on to appear in theatre productions around the city, including the Delacorte Theater’s popular Shakespeare in the Park summer series, The Public Theater’s musical adaptation of Twelfth Night (which earned an ensemble nomination at the 2019 Chita Rivera Awards) and the neo-Greek tragedy Troy, and The Living Theatre’s run of Here We Are by its founder Judith Malina. While jumping between roles off-Broadway, Zarta spent time developing his own play Nariño, which chronicles the life of “immortal hero” Antonio Nariño as he “struggles to discern and navigate his way between good and evil.” While the play is still a work in progress, Zarta workshopped Nariño at Tunja’s Festival Internacional de la Cultura (FIC) in 2015 and Bogotá’s CiCA the following year.

In the last few years, Zarta also dedicated himself to bringing several short films to life and developing his talents beyond the stage. First came The Painter’s Dream, which he says he wanted to “reflect the experience of looking at a painting” from the viewer’s perspective. “I have always looked to painters for my creative process as an actor,” he says. “I love their perspective and studies on form, shapes, lighting, colors, and so on; we can use these tools as actors.” He cites artists like Salvador Dalí, Jose Clemente Orozco, Frida Kahlo, and fellow Colombian Fernando Botero as creators whose works “inspired and mesmerized” him growing up, and continue to inform his approach to art in all of its forms today.

His most recent short Las Cigarras was inspired in part by his journey around Mexico last year, and tackles an issue that plagues both the country he loved visiting and the country he came from: kidnapping. It was on this trip that Zarta linked up with renowned Mexican director Luis Mandoki, who has acted as a mentor to Zarta throughout the process. Las Cigarras isn’t a tale of doom and gloom, but rather uses the context of kidnapping in Latin America to explore how new friendships can form even in such harsh conditions, and how two strangers from totally different backgrounds can become lifelong friends by living the same story of pain, hopelessness, solidarity, and faith.

“I wanted to approach this from the perspective of a friendship that was nurtured from such a tragedy,” Zarta says of the project. “Two characters, Edipo and Dionisias, who share the same pain and fear, yet how they complement each other on ideals, faith, and loss of hope.”

It was also on this trip around Mexico that Zarta found inspiration to write short stories, essays, and poems and collect them in an untitled book, set to be released in September. “I don’t really want to give away much yet, but it’s a bilingual book about immigration, love, deception, perception, cities, homophobia, xenophobia, romanticism, past and present, capitalism, impeachment and more,” he says of the pieces. Written from the perspective of a backpacking traveler in search of his own self, the book is a mix of fact and fiction, with Zarta calling it “real stories, real people with a splash of hallucination.”

As the pandemic rages on, Zarta is waiting to return to New York and balancing his time in Bogotá working on his creative projects and giving back to local communities in need. He’s currently in CiCA’s upcoming all-virtual production of Sin Fronteras, a new play about immigration, and is looking to organize more outreach opportunities in Bogotá with the support of the local thespian community – who he says – are crucial players in his efforts. Colombia classifies for knockout round in World Cup after 1-0 win...