Open up any woman’s closet and you will most likely see at least one item of clothing that will push up, flatten out or enhance some part of their body and appearance. It could be anything from a padded bra to 6 inch high heeled shoes; we all have our secret weapons tucked away in the closet. Our bathrooms are filled with creams, lotions and potions to stave off the ravages of time and hair products that will straighten, curl and shine. We have access to a plethora of tools to make sure we look stunning all day and every day.

Colombian women hold the secret to flawless curves hanging up in their closet that has been a well-known feature in Latin households for decades. The faja Colombiana is a body shaper that comes in many shapes and sizes of varying length. Often worn after surgery or pregnancy to help firm up loose skin and reshape the body, the faja is also thought of as a shortcut to a curvaceous figure and a popular fashion accessory. Some even come with added extras like padding to make your behind look like a perfect peach that would put Internet butt celeb Jen Selter to shame.

Some styles of faja look like the traditional corset that hook up at the front to control bulging bellies. Corsetry was a common fashion item worn in the 1800’s to the early 1920’s in Europe as a way to achieve the wasp like waist of the women’s fashion at the time. Men also wore corsets during this time when the “Dandy” fashion was popular. Clothing had straight smooth lines and the corset made sure men didn’t show their over-sized gut. King George IV known as a fashionista famously wore one and in a public speech in 1821 fainted due to severe constriction from the corset and the heat.

It has been known for centuries that corsets and girdles can help you look slimmer and some even believe can mold the shape of your body with regular use. The Colombian faja has spread in popularity to the US and have inspired the weight-loss trend, waist training. Kim Kardashian posted photos on Instagram of herself wearing a faja while working out in the gym claiming that using it while working out helped her lose weight faster and keep her tiny waist in shape.

Just like corsets and the practice of tight lacing to mold your waist smaller, doctors are warning about the serious health effects it could have. Aside from undoubtedly being uncomfortable to use for hours on end doctors claim you can do some serious permanent damage to your internal organs. Despite these warnings it still remains popular because people will push limits to look how they want to. How far would you go?

Body weight is one of those issues that have been constant through time.

Shapes have changed and reformed but ideal beauty has always been intrinsic with a person’s size. In my most recent article, titled “One Size Doesn’t Fit All”, I spoke about the clothing industry and poor standards in sizing and availability. This inadvertently causes body image issues with many women today and could be a contributing factor to the staggering number of cosmetic procedures done every year across the world.

I decided to ask a very close friend of mine Diana, who is no stranger to is- sues with her own body to give me some insight on her experience. Her weight had been a constant problem for her most her life for both health and self confidence. After trying numerous ways to get her weight under control she took the final plunge and went in for surgery.

She went in for a gastric sleeve procedure in which the stomach is made smaller and stapled. The stomach is smaller meaning you reduce your food intake and feel fuller faster. She lost 32kg after the surgery and despite a postoperative complication she came out with no regrets, a new found confidence and much better health.

Before interviewing her, I have to admit, I had my own opinions on surgery for weight loss or cosmetic reasons. Like, perhaps, many of you reading this I was quick to judge a person as being shallow or superficial to want to go to that extreme just to appear more “attractive”. It runs deeper than that. I learned a lot from listening to her experience. She helped me see something important.

She told me “People will judge you if you are too skinny or too fat, and you will be judged if you take the decision to do something about it. Everyone has insecurities and even though this surgery helps you lose weight it doesn’t help to lose “the fat you”. My health has improved I don’t feel tired all the time anymore and my knees don’t hurt as much. But I still think like a fat person”

She told me she still feels like she can’t do some normal things like running or always thinks about her personal space in a crowded bus feeling that she’s too big. Those insecurities are still there in the back of her mind.

For her it was about feeling healthier and changing the way she saw herself. But even still after all of that she can’t quite overcome that insecurity. She is the same as the woman who spends the extra few hours in the morning to put on full make-up and squeeze into the faja before stepping out into the world. She is the same as me who despite the confident outgoing exterior will change my outfit three times because I’m having a fat day.

At the end of the day we all want to be seen as strong, confident attractive and successful. While personally I wouldn’t go so far as to go under the knife, I have learned we all have insecurities man or woman because it’s just the way we are wired. With so many things available to help us feel less insecure, no one should be judged or demonized for taking advantage of it even if it seems extreme. If we maybe pointed the finger less at everyone those insecurities wouldn’t be so consuming and we really could understand how to accept and embrace who we are. 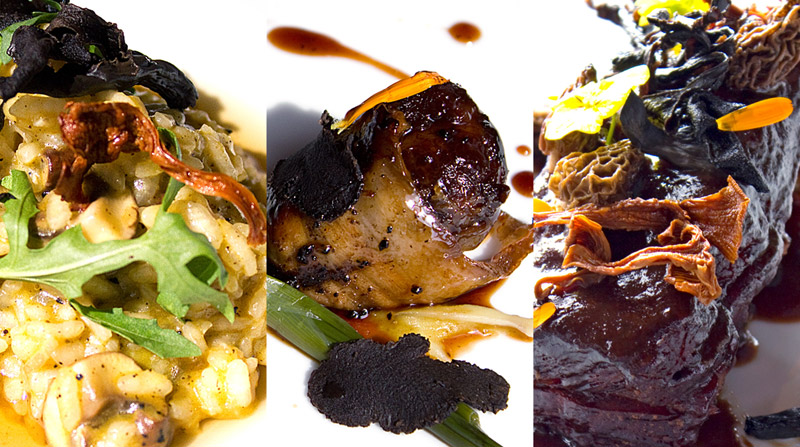 A taste for truffles