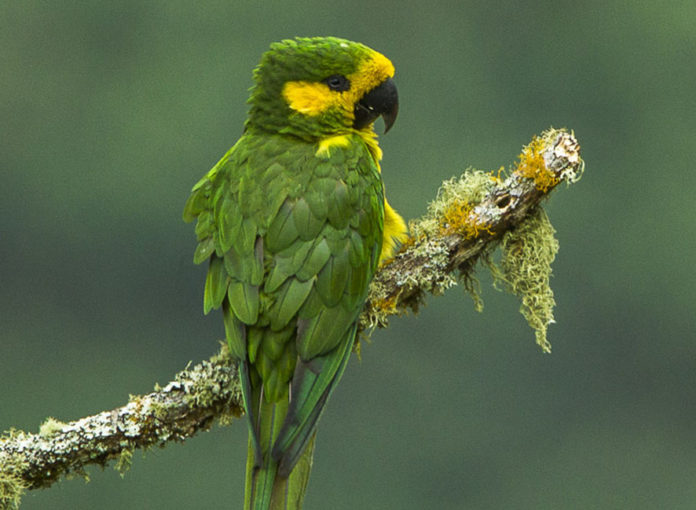 With much of the attention in Colombia focused on the coronavirus pandemic and recent events involving cases of police brutality, some good news has emerged with the conservation efforts of the yellow-eared parrot (Ognorrhynchus icterotis), endemic to the tropical rainforests of the country.

According to a study led by the University of Newcastle and BridLife International, scientists have estimated the number of bird and mammal species that would have disappeared without the efforts of conservationists in recent decades, and included in their findings, are 32 species of birds and approximately 7 to 16 species of mammals.

The research team, which includes experts from Sapienza University in Rome and the Zoological Society of London – among others – also identified bird and mammal species that were listed as threatened on the International Union’s Red List for the Conservation of Nature (IUCN).

The team, led by Rike Bolam and Professor Phil McGowan, of the Faculty of Natural and Environmental Sciences, University of Newcastle, and Dr. Stuart Butchart, BirdLife International Chief Scientist, claim that extinction rates would have been 3 to 4 times higher without conservation. Among the species that have recovered is the Yellow-eared Parrot after ProAves Foundation managed for two decades to boost its population from 81 to 2,600.

“This is a ray of hope. If we take action, we can prevent the irreversible loss of the last individuals of a species. We must not forget that in the same period, 15 birds and mammalian species have become extinct or are strongly suspected of being extinct,” said McGowan.

Sara Inés Lara, the executive director of ProAves, also highlighted that “at a time when the crisis of biodiversity and extinction are impacting our planet, an international team of scientific experts verified that with quick actions we can prevent extinction.” But while the return from the brink of extinction of the Yellow-earned Parrot gives conservationists a sense of joy, Lara regrets that an unprecedented number of unique and spectacular species in Colombia remain on the endangered IUCN List given the loss of habitats to deforestation, poaching and trafficking. “This research document is also a call to action to show that we can prevent extinction if we act now,” she added.