Don’t let the names confuse you. Chikungunya is a tongue and body twister, while Zika is its pandemic imposter. Both originate with the Aedes aegypti mosquito. Both have similar side effects and which will strike you down for weeks and months.

The saga begins with itchy eyes. A pressure at the back of your head and the swelling of your lymph glands. You have this insatiable thirst and nagging headache. You may confuse these very early symptoms with a hangover.

I was bitten somewhere between the mangroves of Barú island and the post-torrential sand of Cartagena’s Bocagrande. Both perfect breeding grounds for this potentially life-threatening pest.

I never saw my mosquito bite, though. It was so surgical, so perfectly executed that only three days after I returned from Cartagena did I fully develop the first major symptoms of a Chikungunya infection.

”I stared in horror at the bathroom mirror. I was covered from neck to toe in a fine red rash.”

By day four, the “hangover” sensation had dissipated. The headache became localized at the back of my head. I felt feverish. I took to Bogotá’s streets in a sweater. My body temperature was within the normal range, but the chills and nausea began to stop me in my tracks.

I aimed to walk in a straight line, but lost all sense of distance and focus. I thought I might have the onset of a stomach flu.

On day five, I stared in horror at the bathroom mirror. I was covered from neck to toe in a fine red rash. It was sensitive to touch, but not itchy. As I am not allergy-prone, the onset of the rash betrayed a deeper, more sinister, symptom. I waited until nightfall and headed to Emergency at the Sante Fe Hospital.

At midnight and after complete blood work, I was diagnosed with Chikungunya.

And how to overcome it? Two Tylenols a day, a powerful antihistamine and two weeks of rest, the triage nurse instructed me. To keep track of the spread of this public health “issue” and inform the district’s health authorities, the doctor filled out the obligatory paperwork, filling in my name as a Case Number.

It gets worse. Much worse. The body rash lasted a few days, but became concentrated in my hands and feet. When I took a shower or washed dishes, my skin tingled and felt numb. I couldn’t quite distinguish “hot” from “cold.”

Then, the onset of muscle and joint pain. My hands became swollen and palms itchy. In the morning, my legs wouldn’t react. I had to winch, haul, squirmish myself out of bed.

Besides physical manifestations, the virus is a neurological demon.

It preys on emotions and flattens concentration levels. My dreams turned to Technicolor, though, and noticed I had a short attention span. I began to forget in a flash the most routine things, such as where the coffee lives on a shelf or where my bank is located – place I frequent far too often for all the wrong reasons. I struggled putting words together in a conversation.

I am fortunate I can write these words.

They don’t tell you about these behavioral changes when studying the symptoms of a spikey crown-shaped virus such as Chikungunya – Zika. But I noticed them straight away. I felt different and to those around me, became more distant. My usually jovial self was hijacked by outbursts of aggression and irritability. I lost interest in everyday happenings. All I wanted was sleep. So I slept.

I have often looked back to try and identify the original source of my infection. There is one protagonist in all of this and it flies and feeds: Cartagena’s emblematic “Maria Mulata” grackle.

While sitting in the leafy garden of the Hotel Caribe, I rose early for their breakfast buffet. As I feasted on an omelette, fresh fruit and bread, I stood up from my table to order an arepa de huevo. When I turned back to look at my table, a black grackle was picking at my eggs.

I managed to frighten off the creature and debated whether I could continue with the same plate of eggs. I did. It could have been the worst mistake of my life. Grackles eat mosquitos and “Marias Mulatas” feast on Aedes aegypti. Maybe – just maybe – the virus went from beak to breakfast and into my body. I will never know, but I will always harbor this doubt.

After more than two months of muscle jabbing and oppressive joint pain, I seem to have “crossed back” to some sense of normal.

I still struggle with stairs and taking long walks. I still bump into walls accidentally and misjudge distances. “Normal” after this spate of ChikV (as the World Health Organization baptized this viral strain), will always take on a whole new meaning for me. And there still isn’t a cure for this virus that has been relegated to the scientific annals of recent history…until the next outbreak. 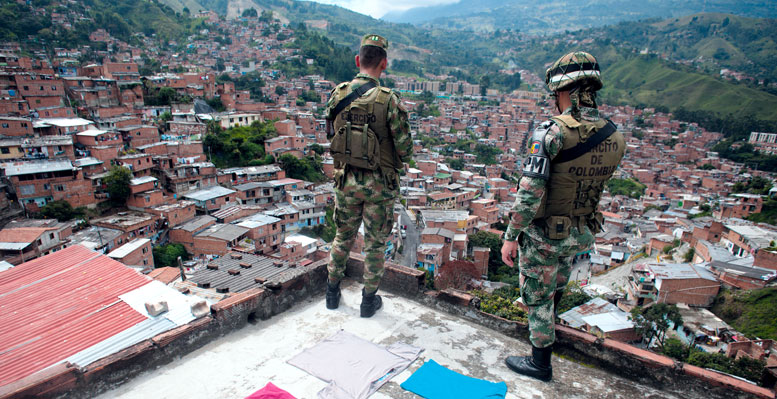