”Not the red chair again,” says Walter Broderick as he takes a seat overlooking Bogotá. It is evident that “Joe” – as he is fondly known in literary and acting circles – has posed for photographers before.

And he is anything but bashful when, within arm’s reach of a bottle of Jameson Irish whisky, he recalls a life’s journey that began in Melbourne, Australia, and led to the bohemian Bogotá neighborhood of La Macarena that he has called home for the last four decades.

Our conversation begins with Shakespeare and the recent performances of Macbeth at the Teatro Colón. Joe wrote a Spanish version of the tragedy that was commissioned by the theater for a production commemorating the 400-year anniversary of the death of the bard.

Macbeth was chosen by the producers given its universal theme of good over evil, a timely message as Colombia searches for a lasting peace with the country’s two main guerrilla insurgencies, the Revolutionary Armed Forces of Colombia (FARC) and National Liberation Army (ELN).

To claim Broderick is an expert on the latter, and much smaller, guerrilla group is an understatement. He authored the definitive biography of the ELN’s ideological leader, the guerrilla-priest Camilo Torres.

The book has sold over 100,000 copies since its release in 1975 at the hands of legendary Doubleday editor Walter Bradbury. But before the first words about a Catholic priest-turned-rogue warrior could be put down on a blank page, the Australian had to grapple with a spiritual calling of his own.

In the 1960s, the Catholic Church was coming to terms with far-reaching issues which — decades later — would transform it to its very core. The Vietnam War was tipping public opinion in the United States, birth control was proliferating, and nuns shed their habits to march for civil rights.

The second Vatican Council in 1962, summoned by Pope Paul XXIII, sought to address the role of the church in the modern world. The Catholic leader was frightfully aware that a grass roots movement called “liberation theology” — which proselytized the gospel to liberate the downtrodden from poverty and oppression — was winning over souls across Latin America.

Within a tradition-bound and staunchly conservative church, many young priests began contemplating the spirituality of the masses and the possibility that their renewal within this “Universal Church” could help the most vulnerable. Latin America was particularly susceptible to counter-reformist ideas, as it was territory conquered and colonized with the mixed motives of religious conversion and economic gain.

Born in 1935 to a devout Irish immigrants in Australia, Walter Joseph Broderick first stepped foot in Colombia in 1967, six years after working for the Vatican’s diplomatic service in Karachi, Pakistan, as secretary to the apostolic nuncio. He studied theology in Paris and was transferred to the Dominican Republic where he claims to have formally begun a “life in South America.”

As a Vatican diplomat on the very shores where Columbus arrived with swords and crosiers, Broderick criss-crossed the region while teaming up with fellow priests from Argentina to Mexico.

In Colombia, he hooked up with a group of Irish missionaries from the St. Columban Society — the Columban Fathers — who asked him to catechize in Peru alongside the Bishop of Cajamarca. By the end of the 1960s, Joe had made several trips back to his native Australia, turned up in his ancestral Ireland, and seminated a life-changing decision. “I didn’t belong to the Church,” he said. “I didn’t believe in anything.”

Having met radical priests in a movement known as Golconda (named after the farm in Sasaima) and whose mission was to disseminate “liberation theology” across Colombia, Broderick also heard of a young idealist priest called Camilo Torres who commandeered guerrillas of the Marxist National Liberation Army.

“People close to Camilo had anecdotes of his life, having died relatively recently,” said Broderick. “It was information that I could tell.”

Having abandoned the priesthood and the “theatrical aspects of the Catholic Church,” Broderick was at ends with his future plans. He wanted to write, but he needed a subject. He was eager to tell a very Colombian story but needed a mentor.

Enter Austrian philosopher and Catholic priest Ivan Illich. Contacts were shared and Illich formally introduced Broderick to Walter Bradbury, a senior editor at the U.S publishing giant Doubleday. They wanted to commission a biography on Camilo Torres, the Colombian who had become the “Che Guevara of the Christian world.”

With anti-imperialism fanning the flames of the English-speaking world, the Vietnam War changing global opinion, and students rallying to the pyres from Washington to San Francisco to burn their draft cards, “Camilo Torres” was poised to become a literary legend.

Broderick was granted a monk’s cell in the monastery in the south of Bogotá to begin writing the life and times of a fellow priest who for many, including theologians, was already a “hero, saint and martyr.” Ironically, according to Broderick, Camilo “was a fly-by-night phenomenon” within Colombia.

The son of a famous paediatrician from a respected Bogotá family, Camilo’s short life was matched by his short-lived political movement. Events surrounding his death in the hills of Santander, near the town of San Vicente de Chucurí, remain shrouded in mystery and were silenced by the army who ambushed the ELN’s leader in 1966 during his first combat role, killing him with a bullet to the chest.

The guerrilla-priest’s body was placed anonymously in a military graveyard near the departmental capital of Bucaramanga with the exact coordinates kept a state secret.

As the Colombian government announced recently that it has entered into peace “conversations” with the 1,600-strong guerrilla force, the entity’s Central Command insist Camilo Torres’ body be exhumed and given a dignified burial. “He was a romantic hero,” said Broderick. “He died for his convictions.”

To write the book, Broderick approached those closest to the legendary Camilo: his overly protective mother Isabel Restrepo Gaviria; school friends from the Liceo Cervantes; and faculty members at the National University’s sociology department, which Camilo founded.

And then he spoke with Marguerite-Marie Olivieri, or “Guitemie,” an attractive and combative French guerrillera who became the priest’s companion and battle-ready confidant. “The majority of Colombians don’t know who Camilo Torres was,” said Broderick. “Camilo didn’t live long enough to do any harm. He was lucky to be shot with the first bullet that came his way — and which exalted him to the altars.”

After four years compiling testimonies in Colombia and Cuba, where Camilo’s mother Isabel was residing, Broderick’s book hit the shelves in 1975. The release threatened to mark the author as a “subversive” despite the fact that General Álvaro Valencia Tovar, who commandeered the attack on Camilo, helped confirm details of the guerrilla’s final stand at Patio Cemento. The general’s recollection coincided with that of the ELN’s Pedro Vargas serving time in La Picota prison.

According to Broderick, his “book died as the moment had passed” with the English-language readers. Having handed over his world rights to Doubleday, the publisher sold the manuscript to a Barcelona-based editor to be translated into Spanish.

From Spain it turned up in Mexico and then Colombia. The Spanish-version of the biography sold 100,000 copies during the 1970s and now, 41 years later, still stacks shelves. Broderick emphasizes he never received “a single penny.”

The immediate fallout over the release of  “Camilo Torres” in Spanish convinced Joe and his wife, María Emilia Echeverri, to return to Australia. They wanted to rediscover the other side of the world, Joe’s origins, and wrap up family-related issues in Ireland. They both needed to rethink the next Colombian chapter.

During the time spent overseas, the “subversive” author could hardly imagine that his Colombian visa had been revoked and his name marked as “deported” by DAS, the state’s security agency overseeing immigration.

After a four-year self-imposed exile, Joe and family, now with two sons Wally and Danny, returned to Colombia despite the DAS deportation order. A strange twist of events involving the Colombian ambassador to France resulted in a mint visa and allowed the Brodericks to come back to Bogotá. They set out to build a homestead in La Calera, in the hills behind Bogotá, where Joe would earn his keep as a graphic novelist and “accomplished spud farmer.”

He took up acting, editing, and translating. He set out to complete a biography of Eamonn Casey, Bishop of Galway, titled “Fall from Grace.” With “Empire of Cardboard (El Imperio de Cartón)” the novelist exposed the malpractices of the Dublin-based paper giant Smurfit and its Cartón de Colombia subsidiary.

He got involved in documentary projects for the Australia Broadcasting Commission and a four-part miniseries “Edge of the Cold.” He dabbled in literary criticism and was asked to be a permanent guest lecturer on Bogotá’s university circuit, taking on literary giants Shakespeare and James Joyce.

But the ELN came back to haunt him. After the critical acclaim of “Camilo Torres,” Broderick got deeply embedded in the subject again. He was asked to write the fictional biography of another priest-guerrilla, Spaniard Manuel Pérez Martinéz, who rose to become the organization’s top commander.

“El guerrillero invisible (The Invisible Guerrilla)” follows the first phase of “el cura Pérez’s” life from his birthplace near Zaragoza to his shadowy leadership of the ELN. Pérez died of hepatitis C in 1998 and in the same mountains of Santander where the Camilo Torres met his end.

Joe was reticent to write the book, but it coincided with another fateful timeline as the 30 years “el cura Pérez” had spent in the guerrilla matched the three decades Broderick had lived in Colombia. “The publishers wanted a quickie, but I don’t do that,” he said.

For Joe, the whole episode was “spookie” and even more unnerving the fact his first novel was compulsory reading for the rank and file of the ELN. “A lot of young men went into the hills to give their lives not for Camilo, but for my Camilo.”

When the book was released in 2000, the ELN were hardly amused and rumours that the guerrilla had placed a bounty on the author’s head reached his doorstep in La Macarena. But decades after the visa quagmire, the Colombian government took a different view on Broderick’s condition and  granted him citizenship in 2013.

As the author of the two most influential books on two of the most enigmatic guerrillas to shape this nation’s political landscape, Broderick is skeptical that the ELN can break a half-century of radical thinking to forge a lasting peace.

While Torres was clearly the “romantic hero,” Pérez transformed the movement into a secretive network bent on extortion, kidnapping and attacking the state’s infrastructure. But as Broderick likes to say: “that’s another story.”

In the meantime, we’ll have to wait and see how the end of the oldest guerrilla movements in the world can “construct” a promised peace, and what the former Australian-priest will do with this latest chapter in the Colombia story. Another bestseller or screenplay perhaps? 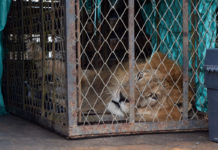 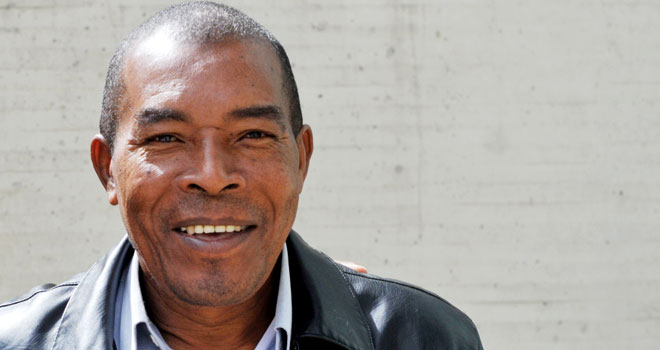