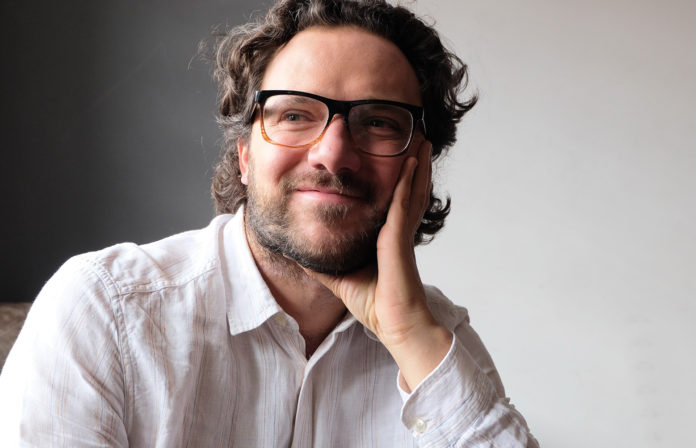 While the primary focus of Tiempo de Juego (“Game time” in English) continues to be football, the foundation has branched out with other community-led programs to facilitate access to music, dance, IT development and communications. By reaching out to disadvantaged youth, this non-profit earned a seal of approval from football’s highest authority FIFA. Tiempo de Juego recently launched a peace-building initiative with youngsters in Timbiquí Cauca, and a volunteer tourism project in Santa Marta. The City Paper spoke to Esteban about the goals and expectations of the foundation.

The City Paper (TCP): Tell us about the origins of Tiempo de Juego.

Esteban Reyes (ER): It was a spontaneous project and this is part of the magical ingredient. No pretentions from the start in 2006. It keeps growing given the opportunities, circumstances of the country, and from the support of so many volunteers. Andrés Wiesner was conducting an investigation into youth violence and delinquency in Soacha. Andrés has always been very passionate about football, and seeing the potential in these children, he organized the first football match. This match inspired the idea of a football academy. At first, Andrés called on his close friends to contribute with lunches and uniforms, but a methodology emerged to formalize the academy into a non-profit. Football was a great pretext, like so many other sports, to create agents of change. Today we have 5,000 children enrolled in our programs. This is a sum of collaboration without a doubt.

TCP: Tiempo de Juego adopted other activities to keep vulnerable youth off the streets and out of harm’s way.

ER: Yes, we currently have 16 permanent leisure activities within the community that include dance lessons, a recording studio for aspiring musicians, a theatre troupe, and a solar-powered internet center to teach not only young people, but also the many elderly in Cazucá about the Web and how to navigate it. Essentially, Tiempo de Juego is based on two guiding principles: 1). To empower young people within the community and 2). To create future leaders from within the organization who start as volunteers and go on to become coordinators and future educators. As the foundation grows, so too the number of coordinators, and each person takes on different levels of responsibility.

TCP: Today, Tiempo de Juego is considered one of the most transformative non-profits in the country…

ER: We currently have 60 team members, a board of directors, and important sponsors at home and around the world. Our impact now transcends Cazucá to other vulnerable populations in the country, each one with their own set of challenges and possibilities to make a difference.

TCP: As a lawyer who graduated from Universidad de Los Andes, what motivated you to direct a non-profit?

ER: I have always been interested in education as a right that needs to be protected and defended. I worked during my student years with the Defensoría del Pueblo, and this introduced me to many of the problems facing Colombia’s education system, from rural abandonment to lack of teachers and school supplies. When I went to France to earn my doctorate in Children’s Rights at the University of Paris, I was contacted by Andrés to get involved and help with the financing of Tiempo de Juego. From the start, I saw huge potential in getting youngsters involved with the message that football can transform lives.

TCP: Many don’t believe that education extends outside the classroom and that leisure time is also valuable time. How do you view this?

ER: Sport should be viewed within an education model as a skill for life, to generate empathy, critical thinking, decision making, negotiation and compromise. This essentially makes youngsters happier and relate more peacefully within their homes and communities.

TCP: Both, you and Andrés, come from privileged homes and educated in a school, the Gimnasio Moderno, considered among the top in the country. How was that initial approach with a neighborhood such as Cazucá? Did you feel reproach or rejection?

ER: Andrés made the first contact, alone and essentially stayed on in Cazucá after he finished his investigation. So, much of the groundwork with the community was his initiative and given his affable character, a refined sense of humor and journalist curiosity, people opened up to him. He made friends easily, but put his life at risk in more ways than one when he interviewed gang members, for example. But, what the community appreciated was his sensibility towards social issues and making visible the problems they faced in the media more than a decade ago. This is an organization that was created with a community base. When I arrived, it was easier, but it is always difficult to transcend barriers. I set out from the start to “put on the jersey” for this project and work hard to create encounters between improbables.

TCP: What do you mean by “encounters between improbables.”?

ER: Bridging social divides, putting people who would normally never have the opportunity to share a common goal – or objective – together for a common good. In neighborhoods such as Cazucá, there are few points of encounter and when they do occur, it’s magical. Our team reflects this diversity. We live many realities, are very fluid, and the spirit of the organization is horizontal. One example of an encounter between improbables is our yearly 5 Km marathon in the hills of Cazucá, called 5Kazucá, in which we invite the presidents of large companies to run. The response of the community is palpable
and extremely positive, so too, the reaction of the athletes.

TCP: What gives Tiempo de Juego staying power in often dangerous communities where many other non-profits fail to continue on with their charitable works?

ER: When I joined the organization in 2010, it became very evident that we were all in this for the long-haul. And today that our organization is more robust and counts with many volunteers, among them many foreigners, we like to think that we conduct our work responsibly. In the three regions where we are working – Santa Marta, Timbiquí and Cazucá – we have taken on a commitment not only with the community, but to come through with the financing of our projects. We try not to generate expectations that cannot be met. What best works for us, is that the majority of the people are in the community, and they know what is sustainable and what isn’t.
TCP: While Tiempo de Juego is associated with football, your organization is really one of social enterprise. How do you combine both?

ER: The challenge for many NGOs is to go beyond survival mode to self-sufficient mode. We have achieved this by generating social enterprise. Our first venture in 2010 was to set up a screen print workshop in which youngsters learned aspects of graphic design and women did the textile work and embroidery. Today we not only manufacture and sell football jerseys and caps to third-parties, but our youngsters develop their own designs for corporations. Then, we created the La Jugada bakery which offers healthy lunches to those enrolled in Tiempo de Juego, and provides a dignified income to many women in the barrio. But, we wanted to go beyond the local supply chain and support projects that could have more of a city-wide impact or even resonate nationally. This is when we came up with Labzuca, a video and music recording studio.

TCP: What is the association between music recording and sports?
ER: Well, they are both channels of untapped creativity. Cazucá is home to many families that were displaced during the height of the internal conflict, among them Afro-Colombians who migrated from the Pacific Coast. Many youngsters who were born and raised in Bogotá have a natural sense of rhythm and fantastic voices, so we decided to teach them aspects of the recording industry in a state-of-the-art studio. With the tutorship from one of our local residents of Cazucá, we have produced institutional videos with artists such as Fonseca, Naty Botero and local hip-hop artists 12 Pasos Flow. An initiative of Andrés to combine communications with our sports ethos, Labzuca is an essential part of our social business platform.

ER: Yes. Last year we produced 40 videos that generated some COP$600 million pesos (US$200,000) for the foundation, and in Santa Marta, we have been developing a “social-hotel” to promote volunteer tourism on the coast. We recently received a grant from the Zurich insurance group to build the hotel. Our know-how methodology is in demand. We like to take on big challenges that have to do with sustainability, and when it comes to helping the most vulnerable, one has to think big. International grants remain our most important source of income.

TCP: If foreigners want to volunteer with Tiempo de Juego, can they do so?

ER: They can and we have many foreigners volunteering in Cazucá. But in all honesty, we don’t have a very organized program in place for them, so they tend to take on a “role” position in supporting our sports program, or dance and music. What we want to do is channel all this interest toward Santa Marta with volunteer tourism. It gives foreigners a chance to explore the Colombian coast while supporting the needs of a community.

TCP: Is it optimistic to say that social transformation can help Colombia’s youth overcome many of their disadvantages compared to other youngsters around the world?

ER: We have to educate so that youngsters can take an active role in society. At Tiempo de Juego we believe that we are achieving this. If we wait for others to resolve our problems, we aren’t going anywhere. When it comes to education there have to be long-term objectives. 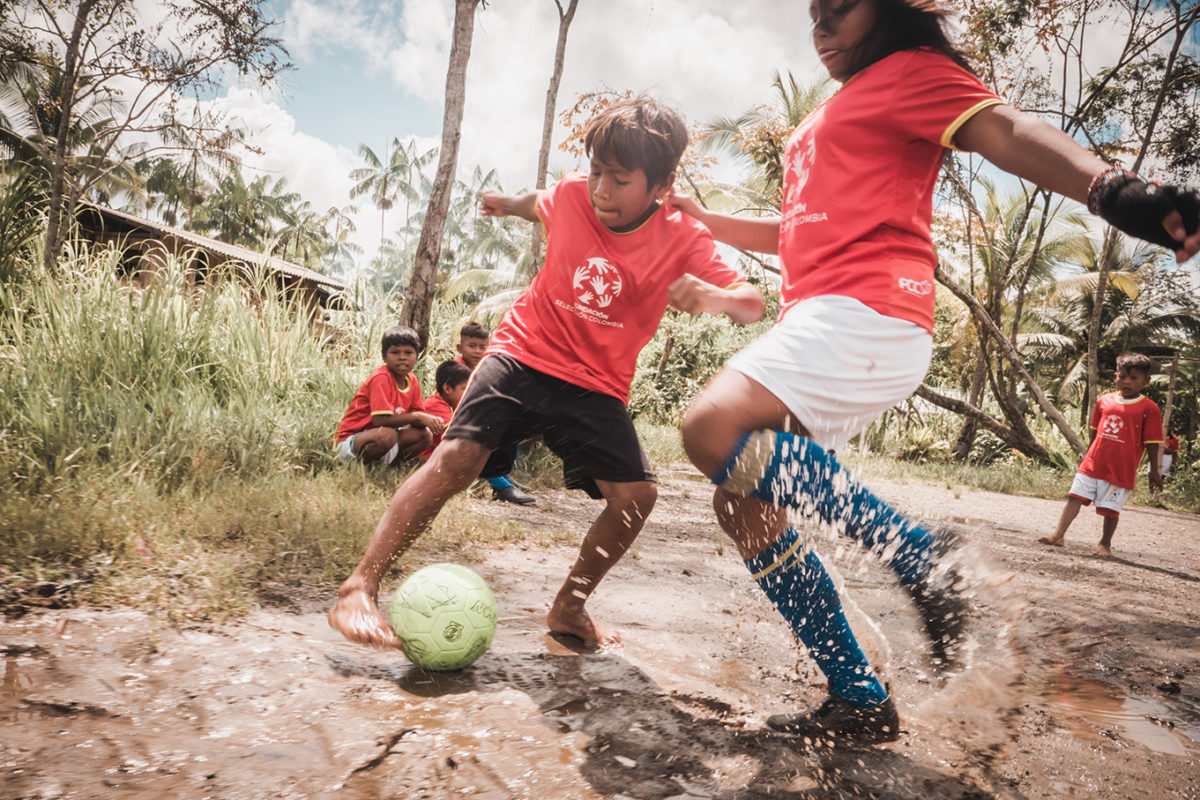