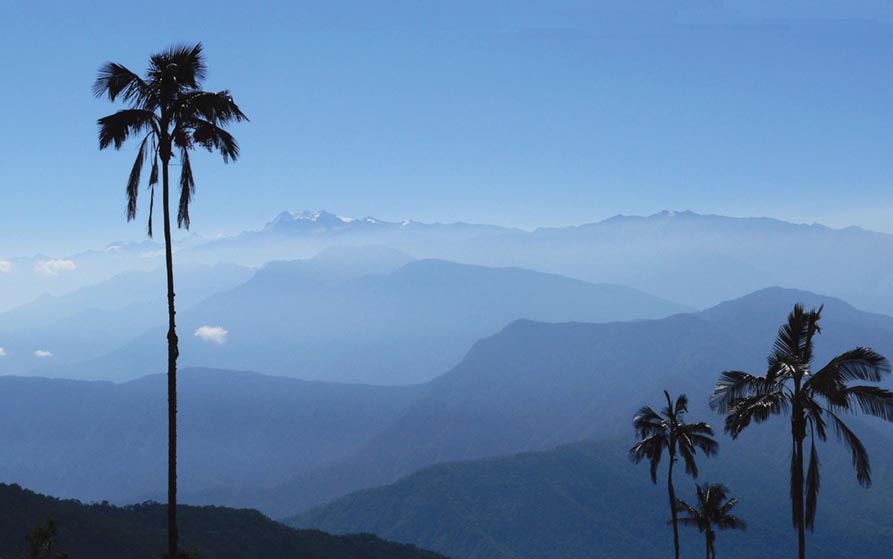 Colombia is one of the most biodiverse countries on the planet. There are many birds, mammals, reptiles and amphibians endemic to Colombia – they exist nowhere else in the world. Many of those species are extremely rare and endangered. Some, in fact, may have already disappeared.

One of those that may already be extinct is the Santa Marta Toro. No, it’s not a ‘bull,’ it’s a cute and fuzzy tree rat – a mammal, a rodent. And it only exists in La Sierra Nevada de Santa Marta, if it exists at all now.

Endangered species like the Toro are the canaries-in-the-coal-mine of global warming and climate change. The effects of human activity – everything from the burning of fossil fuels to deforestation – can be measured in the planet’s loss of species. They are a harbinger of the future that may await the human species.

The Santa Marta Toro, also known as the Santa Marta Tree Rat (Santamartyamys rufodorsalis) is one of these species. The fuzzy, red, medium-bodied creature was thought to be extinct for 113 years before being rediscovered in the jungles of Colombia in 2011. The discovery was not an exciting expedition that took scientists to the ends of the earth, using a machete to slash their way through the forest while they made perilous escapes from the extremely venomous fer-de-lance. Rather, the Toro rediscovery happened while a couple of scientists were sitting on the porch of an ecotourism lodge, the ProAves El Dorado bird reserve just above Minca in la Sierra Nevada. The Toro appeared on the banister of a wooden deck of the lodge. The spectacular “Torito”happily posed for nearly two hours as amateur naturalists took the very first photographs of this fuzzy creature.

The animal was rediscovered by Lizzie Noble and Simon McKeown, two volunteer researchers with ProAves who were monitoring endangered amphibians. It posed for photographs including close-ups before calmly proceeding back to the forest.

It has not been seen since.

In fact, it has not been documented in its natural habitat (a banister hardly seems like natural habitat) since a specimen was collected in the late 1800s, and there is virtually no information about the species life history, ecology, or use of habitat.

In 2005, Dr. Louise Emmons of the Smithsonian Institution examined the only two specimens of the Santa Marta Toro that exist – specimens that had been collected more than a century ago. She identified a number of unique characteristics and assigned the species to its own genus – Santamartamys – and its new name, the Santa Marta Toro. It is 18 inches long from head to the tip of the tail and is distinguished by a mane-like band of reddish fur around its neck and a black-and-white tail.

How could this charismatic species be “lost” for so long? The answer may be found in its remote habitat, a mountainous jungle where anything – or anyone – can disappear.

The Sierra Nevada de Santa Marta rises out of the Caribbean ocean to a majestic 5,775 meters within 50 kilometers from the coastline, making it the tallest coastal mountain range in the world. The mountain’s isolation and geographic age (older than the Andes) has made this region a biodiversity hotspot, with high levels of flora and fauna. The Parque Tayrona in the Sierra Nevada de Santa Marta is the second oldest park in Colombia and was designated a Biosphere UNESCO reserve in 1997.

More recently, the Sierra Nevada was named ‘the most irreplaceable bio-reserve on the planet’ for threatened species. It is also home to the El Dorado reserve.

While this mountain range has been given many international designations of conservation importance, it remains largely understudied, primarily due to inaccessibility and armed conflict that riddled the region for years.

For the Santa Marta Toro, the biggest threat may be that much of the tree rat’s potential remaining range is inundated with introduced feral cats that prey on native fauna including tree rats.

The El Dorado reserve is a birders’ paradise. Primarily functioning as an ecotourism lodge, birders flock here each year to see some of the region’s threatened and endemic bird species. However, the reserve hosts a suite of other endemic species, and it is here that the search is now underway for the lost Toro.

Leading the search is Nikki Roach, a Global Wildlife Conservation (GWC) as- sociate conservation scientist and conservation biologist. She is currently pursuing her Ph.D. at Texas A&M University and is presently searching the forests of Colombia for the missing Santa Marta Toro.

After the rediscovery of the Toro in 2011, scientists searched for the species using bait stations and camera traps, in hopes of luring the elusive Toro out from its secret forest domain. The search was unsuccessful, once again leading scientists to believe this is truly one of the rarest mammals in the world – perhaps even extinct.

I recently spoke with Nikki at the Faunal Nature Reserve, just above the little eco-village of Minca and just below the El Dorado reserve: “We will be searching for the Toro conducting nocturnal spotlight surveys throughout the El Dorado reserve and surrounding sites. We will also attempt camera trapping again. We hope to talk with local farmers and indigenous groups about the Toro and gain insight into the region using local ecological knowledge.”

“I’ve worked in wetlands, with water and marsh birds, in the United States for the past four years,” she continued. “Needless to say, I’m excited, but mostly unprepared, for what I may encounter lurking in the depths of the Sierra Nevada de Santa Marta.”

About the author: John Lundin is an environmental activist and writer living in Minca, in the Sierra Nevada de Santa Marta. He is the author of “The New Mandala – Eastern Wisdom for Western Living” and “Journey to the Heart of the World.” 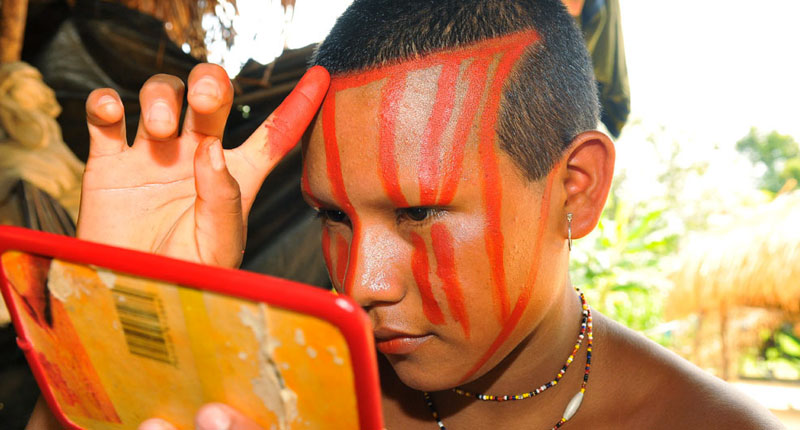