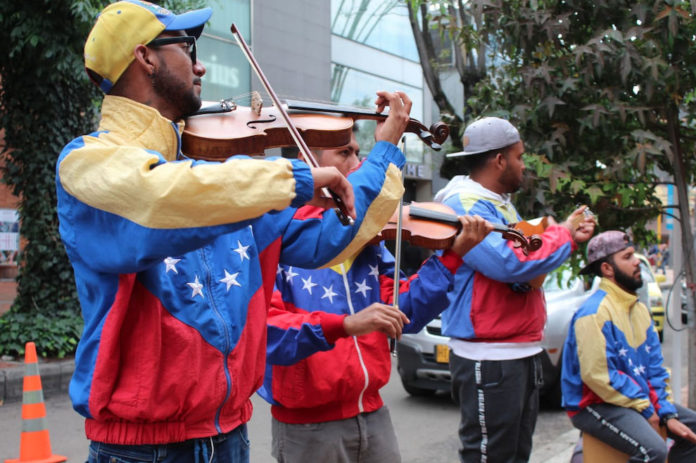 Venezuela’s economic crisis has seen millions flee the country, among them many who represent the richness of that land’s musical talent.

From the high profile Gustavo Dudamel, seen conducting the Los Angeles Philharmonic Orchestra at the Oscars, to the many talented Venezuelan musicians now plying their trade in restaurants and on the streets of Bogotá, the crisis has forced many to vote with their feet.

These musicians have left the country of the harp, the four-string cuatro and maracas, of famed music educator José Antonio Abreu, composer Simón Díaz, and the homeland of Reinaldo Armas, Lúis Silva, group Voz veis and singer Ricardo Montaner.

Abreu started a national system of children’s and youth orchestras and choirs in Venezuela in 1975. The programme known as El Sistema had the goal of providing children and young people, especially from poorer backgrounds, free musical education.

Under Abreu, El Sistema transformed the lives of many disadvantaged young Venezuelans and its success was copied across the world.

But, this success has not made it immune to an economic crisis that affects every aspect of life in Venezuela. As a result, many musicians took their instruments and embarked on a journey to find audiences and stages in Colombia.

More than one million Venezuelans have fled across the border to Colombia, and of them, more than 20 percent now live in Bogotá. They are often young, having abandoned their studies, and now must provide for their families back home. Most are promising musicians. Their stories matter, because sometimes the faces behind the numbers become blurred.

The following are the stories of Isamar, Eric and Joshua, three talented musicians who have experienced in different ways a crisis that has threatened to steal their dreams, but instead of surrendering, they have clung to their music more strongly than ever.

A fancy restaurant with dim lights, handmade tablecloths and a small audience, including family members and students, is now Isamar Fernández’s new stage.

Isamar started playing the cello when she was six years old, she has a Masters degree in music and arrived in Bogotá in June last year, after traveling for two days from the town of Araure in the Venezuelan state of Portuguesa. She left because the money she was earning was no longer enough to buy new strings for her instrument, the insecurity and the levels of stress were no longer tolerable.

She says it was not only her, but a wave of artists from different areas who decided they had to leave. “We would all like to go back, our roots are there, we grew as musicians there but we can’t.”

Isamar joined her boyfriend, who had already settled in Colombia and had started a choral group. She has started to share her passion for music by teaching children, while practicing with the string quartet she has created.

But, the difficult situation her beloved Venezuela is facing is always on her mind. “People are no longer living, they are just surviving. People are not feeding themselves, they just eat. They can’t choose how many times a day they can eat. That psychologically affects me despite the fact I’m not there.”

In spite of the difficulties of working in Colombia, Isamar is staying positive, she is adapting to new music genres and is holding on to the beacon of hope she says she is starting to see through the darkness of the crisis that made her leave her parents. “Thank God, I’m one of the few Venezuelans who is actually doing what I like.” But, along with others who have fled, she hopes for a quick resolution to the crisis.

Eric Sánchez arrived in Colombia almost a year ago, and went from being a teacher and musician in the symphony orchestra of Carapito, in the state of Monagas, to sleeping in the streets for four bone-freezing Bogotá nights.

He crossed the border into Colombia, frightened because he had no passport, and knew he could be stopped and deported at any point. But slowly things improved, and he and four friends found a little apartment where they could sleep, still on the floor, but at least indoors. While playing in different areas of Bogotá, things began to get better and playing around Calle 85 started to provide him with enough money to live and to send to his family in Venezuela.

He remembers the days he got paid for playing in the orchestra and says “to be honest, we don’t like to play in the streets because we are symphony orchestra musicians and from the bottom of our hearts we would like to be part of an orchestra here, but we can’t as we don’t have the required documents.” In Venezuela the situation was critical when Eric decided to leave.

He was eating once a day and he felt useless as the situation didn’t seem to improve, so 24-year-old Eric decided to leave home and try to improve his and his family’s life. Now, every day, from 9 am until at least 7 pm, Eric, Angel, Tomas and Anthony play between the horns of the cars and the music of the fashion stores, fighting the unpredictable weather and hoping the police will not make them move from the area or pay a fine. That is the fragile reality that these migrant musicians have to deal with.

Despite the problems they find, they must muster up the energy to stay positive, smile often and thank the people of Bogotá, their new urban audience. “What we like about doing music in the street is seeing the satisfaction on people’s faces.”

Joshua Dos Santos is a renowned conductor who travels the world at the invitation of orchestras, including the National Symphony Orchestra of Colombia. His greatest teacher was Abreu; he has also worked with Dudamel and conducted the Simón Bolívar Orchestra of Venezuela.

He knows he has been very lucky. Nevertheless, he feels a strong pain when asked about Venezuela. “The country is almost destroyed. With the crisis, the musicians have left, trying to find better life opportunities; we are spread around the world. In this period of the world basic things to live with dignity should be available, it should be a rule for the entire world.” After rehearsing at the Teatro Colón in Bogotá, surrounded by golden balconies and elegant grey busts, Joshua talks with great emotion.

The crisis in his home country affects him in a different way, as he left voluntarily because he had a job offer, but this doesn’t mean he is not suffering. “It affects me emotionally because I still have family in Venezuela, and it affects me because there’s a huge number of people suffering, it affects all the Venezuelans and of course the Colombians.” These three artists reflect what so many of their fellow Venezuelans in exile feel. Many of their dreams remain in Venezuela, but hugs and encouragement can only be sent through a chat and their youth is on pause while they look after their families.

What will the future bring to these exiled musicians who cling to their instruments as hope for a better tomorrow? 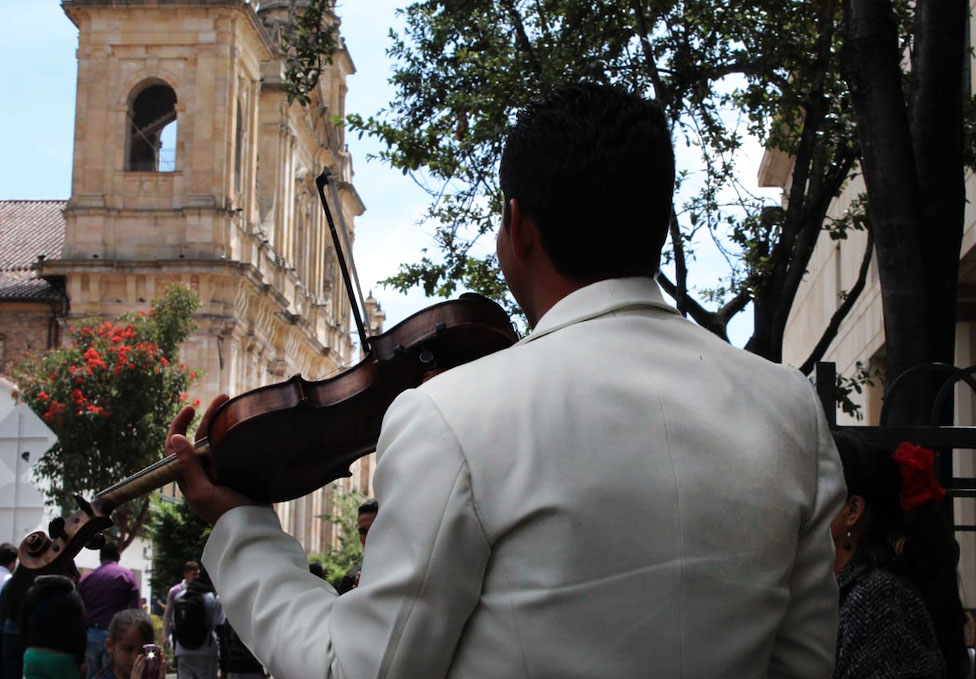 Julia Salvi: “This festival is a showcase of Colombia”