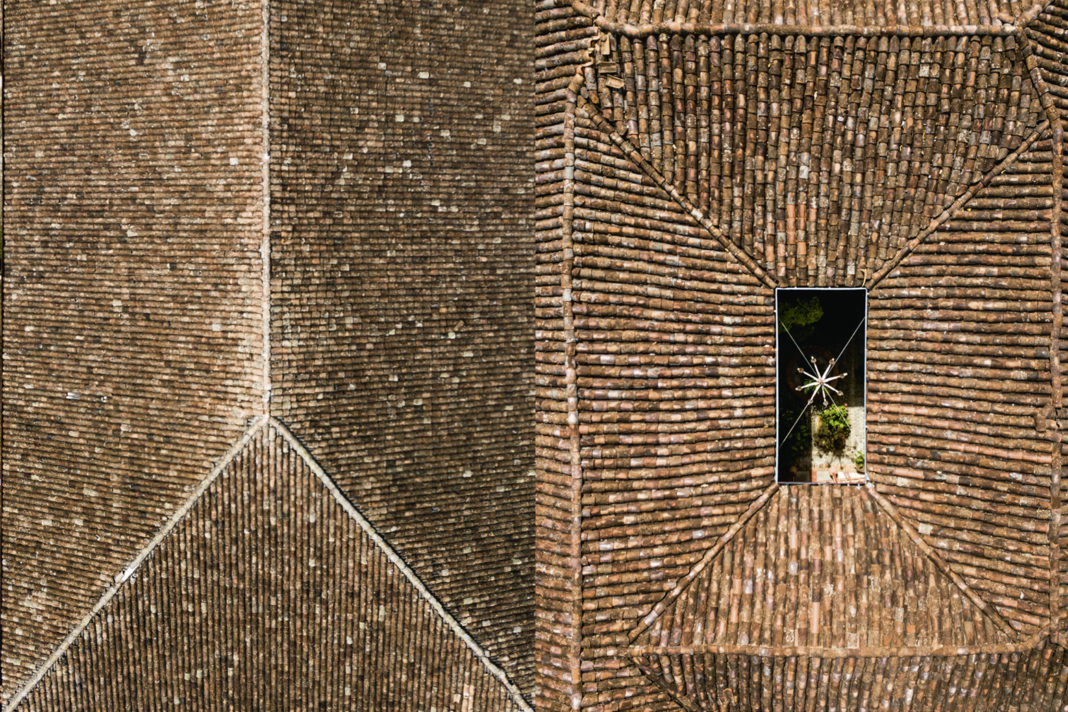 Of all the hilltop towns in Colombia, there is one that has preserved the fixtures and architectural splendor of bygone eras: Salamina, Caldas. Architects marvel at the intricate woodwork, terraced balconies and rich color palate in a town declared a National Monument by the Colombian Government in 1982, and is one of the most iconic places of UNESCO’s Coffee Cultural Landscape.

Founded in 1825 by Francisco Velásquez and Fermín López, Salamina is known as the department’s “City of Light,” for the many luminaries born there in the 19th Century. But, if one explores its historic streets, the effect of light on buildings equally warrants this title. While architecture, both new and old, defines skylines, it also has a lasting impact on perceived memory of place, and this is what coauthors Juan Manuel Sarmiento and Omar Darío Cardona of the recently released book, Salamina: Embrujo de la Memoria (Salamina: The spell of Memory) recount in 152 pages with spellbinding photography by Carlos Pineda.

In the words of Pineda, “arriving in Salamina is always a revelation,” as it is set in “a captivating landscape where the forces of life, the mystery of death and the movement of planets inspired its creation.” Located in the northwest corner of Caldas, 75 km from the departmental capital Manizales, Salamina was one of hundreds of small towns settled by the muleteers of the Antioquia colonization heading from the Central Cordillera towards the fertile lowlands of the Río Cauca. Nestled among bamboo groves and monumental evergreen forests, Salamina’s past is also one of subjects fleeing from Spanish rule to find new opportunities in the inaccessible agricultural frontier. The search for gold mines abandoned by indigenous communities and land to grow fruits fueled the colonial advance, leaving in its wake haciendas, churches and central squares. All in a strict grid and based on urban planning inherited from the Spaniards as they conquered the New World.

The first shelter for the settlers was a mud and wattle ranch that protected them from inclement weather, which later formed part of the estate as a granary, chicken coop or workers quarters. These first rudimentary dwellings were built with natural elements – bamboo, palm leaves, clay – and bore similarity with the construction of indigenous pre-Hispanic housing.

The characteristic architecture of Salamina has clear influences of the Spanish colony: a simple, austere architecture, devoid of decoration, with crude materials such as plastered raw earth (tapia) and wood for doors, windows, railings and balconies. Much of the native wild grass (bambusa guadua) served to support the structure, which was constructed with a technique known as bahereque.

When coffee arrived in the region in the middle of the 19th Century, Salamina’s ideal geological and climatic conditions offered abundance and beans of excellent quality. Trade brought prosperity to locals forging close economic and cultural ties with Europe.

According to architect Juan Manuel Sarmiento, as “the tastes of the locals became Europeanized, the architecture changed. Old waddle and daub walls integrated wooden beams elaborately carved by carpenters. Without schooling available for many trades, the study of architecture became one of interpretation, mostly from magazines and catalogs handed to builders from their traveling patrons. “The taste of these men was fed by the aesthetics in vogue at that time in Europe: historical and pre-modern eclecticism,” writes Sarmiento.

Wood was the fundamental building material in the region, but the protagonist is bamboo, which was used as a structural element for walls, roofs and floors, but also to drive water to fields, support fences, and make furniture. Beautifully crafted timber joinery characterizes Salamina, an aesthetic repertoire born from the hands of self-taught artisans. In the architectural history of the town, Eliseo Tangarife looms as a major figure, along with Juan de Dios Marulanda. “Paradoxically, these artisans were not valued,” states Sarmiento, “since the recognition of work usually belonged to the owner, not to the one who made it.” This artistic heritage began to be valued in the 20th Century, and today, carpenters and cabinetmakers like Edilson Castrillón and Eliécer Marín keep the tradition alive.

When entering a Casa Salamineña one notices functionality adapted to space, and homes built to maximize light and ventilation given the proximity of living rooms to wood-fired ovens, grain depots and livestock. Brightly-painted balconies face a distant landscape. In Salamina there are also curved iron balconies in bombé shapes, drawing a connection to French Art Nouveau, as well as balconies with joinery in the Louis XV style of Rococo. Along Calle Real and Carrera Octava, many façades employ die-cut brass as squares, rosettes, garlands and other decorative figures. Die-cut brass was also used for living room and dining room ceilings. The figure of the lion was widely used as a doorknob – also common in the south of Spain – as this animal represents the guardian of the African plains, and protects homes with its fierce and imposing brass seal.

Another characteristic of the town’s Republican homes are the gardens of the central courtyard with a Creole Apple Tree as the centerpiece, and small wooden shelves attached to columns that support clay pots with geraniums, begonias, anthuriums and orchids. Smaller patios, where guests are received, take their design cues from the Persian Garden, and are typical to many Andalucian estates.

Salamina encapsulates the past of Viejo Caldas, a territory that flourished with commercial enterprise. From the age of muleteers driving their oxen and heavy cargo along ancestral indigenous paths to the modern-day explorer in search of fair-trade coffee, this town preserves a bewitching beauty. 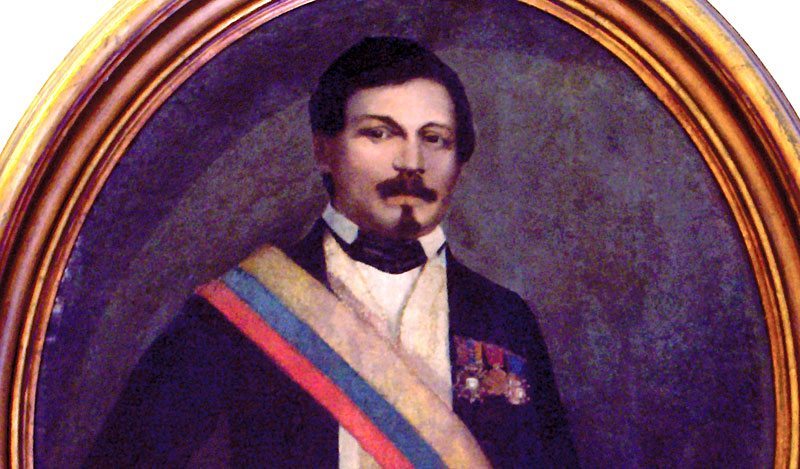