Colombian photojournalist Mauricio Morales has an impressive portfolio of war photographs from his months in Syria: armed rebel troops advancing, displaced children in refugee camps and the shell-shocked expressions of those living through a bloody civil war. One of his photos of destruction even made the front page of The New York Times.

But among his favorites were photos of children attending clandestine schools in Aleppo, a city where intense fighting forced many parents to keep their children at home. The bright photos of smiling, clapping children stand in stark contrast to most images emerging from the war-torn nation. “That was good, to see how life starts a little,” Morales said of the school photos, which were published earlier this year by the Spanish web company Terra.

Such hopeful moments weren’t common for Morales during the months he spent in Syria as a freelance war correspondent. “The war is all the time,” he said of Aleppo. The constant bombings were indiscriminate, he added, and death was everywhere. The war has killed more than 80,000 Syrians, according to United Nations estimates, with many more fleeing the country.

“I have never seen a war or read about a war like this,” Morales said. “Two years, two years of this. There is fierce carnage, and it has no end.” Still, his photos capture fleeting glimpses of life: a girl smiling as she sells candy outside of her house, a teenage graffiti artist proudly showing off his work, young children sharing a snack on the sidewalk.

Morales, 31, left for Syria late last year. He was working in the marketing department of Nikon in Bogotá, but yearned to be covering battle. “I always wanted to be a photographer, and focus the the photography on social issues. The result of social and human differences is war; it was logical for me to cover armed conflicts,” he said.

Some of his peers found it odd that someone from Colombia – a nation with its own war -would venture all the way to Syria to find another. “Many journalists said to me, ‘But there’s a war in Colombia, man. Why did you come here for this?’ I told them that there is a war, but it’s a war that’s very difficult to cover. Here (in Colombia) to cover combat is very difficult.

After a bombing, almost impossible. Bombing in the middle of the jungle, you arrive there five days later and see some burned trees, but you can’t capture how the war is. The social conflict, yes, but how the war is, no.”

When he first arrived in Syria in December, Morales got a rush from being on the front lines. “All the ‘bang, bang,’ and the blood and such at the beginning,” he said. “There is a certain adrenaline on the line.” But after awhile, “it starts to be the same. So you begin to see the drama surrounding the civilians, the alternative stories, all in the context of the war.”

His photos have gained international attention, with publications like Terra and Agence France Press publishing many of them. Outlets like Esquire, El Tiempo and El Espectador have also featured profiles of the war correspondent, focusing on his time in the Middle East. “That was a little strange for me,” he said. “Because I don’t see it as something so big. I was just doing a job, covering the war.”

It’s a big turnaround for the Colombian photographer, who struggled to get his images published in his own country just a short time ago. “I always had trouble getting work as a photographer,” he said. “In Colombia it’s very difficult to be a photojournalist.”

Morales is back in Colombia for a while, living in Cali, and he’s had a tough time adjusting. “It was difficult with family and friends because they don’t understand very well because they haven’t seen it or what’s happen- ing there,” he said. He plans to go back to Syria in June or July, as soon as he’s saved up enough cash. Costs add up, with an interpreter who charges about USD $100 per day, on top of food and lodging.This time around, he hopes to get a bulletproof vest and a helmet, which he didn’t have last time because they were too expensive.

Despite the carnage that he wit- nessed and the fears of his family and friends, Morales says he plans to con- tinue on indefinitely as a war correspondent. “It’s always going to be covering this and conflict,” he said. “I don’t want to cover a football game or a concert. You have to know the reasons.”

“I’m not going there to become rich or to try to change the war, but as a photographer. I’m going there to show what happens, and with that objective I have to live.” 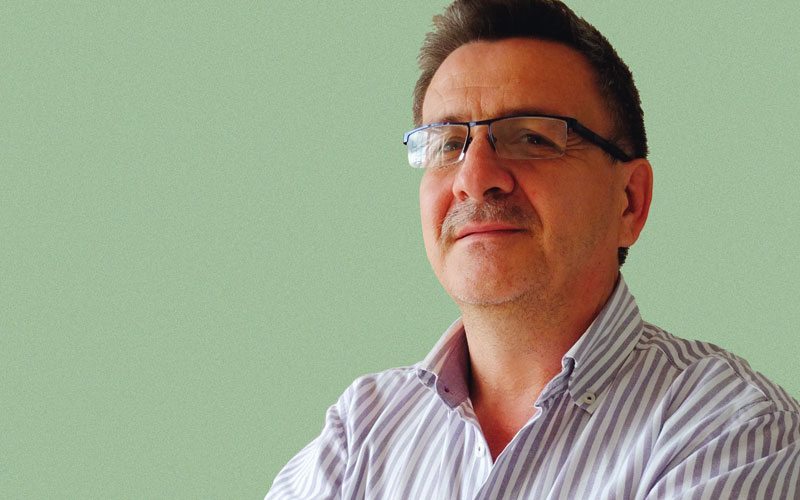