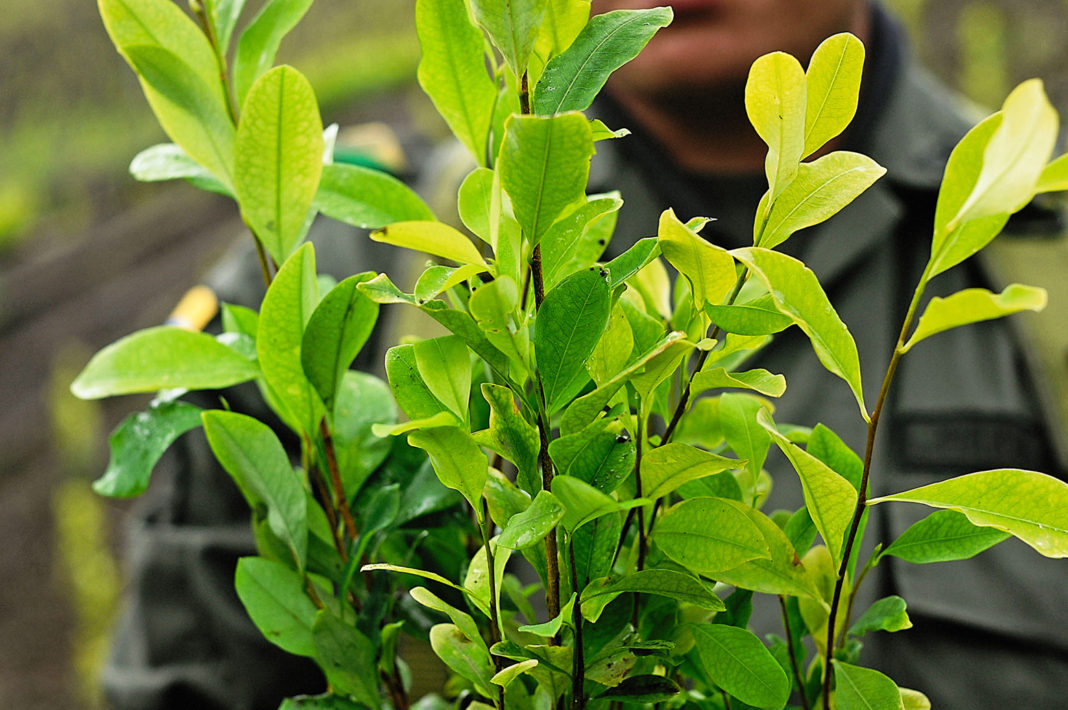 Sometimes, when I am writing at white heat with mambe, I am sobered by a remark Kingsley Amis made about another British novelist, less famous but much more accomplished, Paul Scott, author of the monumental Raj Quartet, namely, that when reading him, he could spot the exact point where Scott took the first of his many daily slugs of liquor. Me, no, because while booze did kill Scott at the age of 58, I don’t see that it blemished his work any more than Balzac’s 50 daily cups of coffee or Freud’s 20 daily cigars did theirs.

As everyone who’s tried it knows, writing is torture and be it a stimulant or relaxant, you cannot condemn a writer’s reliance on a “substance” on ethical grounds: what counts is whether or not it helps the writer to write well. However, literary merit is a harsher judge. The substance won’t make a writer stand out unless he also has the required faith, talent, perseverance and not least, the objectivity to distinguish between true inspiration and stoned raving.

Yet to say that it is he or she who writes the book in the end, not the Bourbon or weed, doesn’t really clarify the issue. If the substance merely activates the genie which is already latent in the writer, then why does it work for some and ruin others who are equally talented: F. Scott Fitzgerald or De Quincey (eventually), for example, along with thousands of promising youngsters who flame out before they even get there? Or, inversely, if that writer’s writer, Flaubert, wrote stone sober in a routine like a monk’s, why not the rest of us, eminent or average?

The above as a prelude to my long struggle to accommodate myself to the caprices of my “artificial aid,” mambe. Though I had already written a fair amount, words never came easily to me before discovering it, so to suddenly see them flow was intoxicating, but there was a price: a simultaneous binge on cigarettes, insomnia (sometimes followed by nightmares), hangovers and, most pertinent, ghastly purple patches, only perceived in the cold light of day, that sometimes led me to delete hours of work.

It wasn’t that I was unaware of or didn’t feel bad about it, but the thing about addiction is you learn to live with it and find excuses for it: mine being that I couldn’t have written two long and complex books during what might be called my honeymoon period with mambe. After that, Mother Nature sent me a warning in the form of a scary but fortunately curable illness, only for me to return a month later, chastened enough, however, to abstain from smoking, moderate the dosage, mostly limit its use to fiction, pay more attention to a built-in self-regulator it has when it warns you to stop right then or lay off for a few nights and think hard about the magic of mambe and another sacred medicine: ayahuasca.

The effects of the latter being more extreme (for good and for ill), it best illustrates my point. The premise which has tempted thousands and thousands of Westerners to try it in recent decades is that by putting them in touch with the Godhead, it will cause a transcendental catharsis that purifies the body, mind and spirit as no other therapy does. While that rhetoric (borrowed from a million testimonies on the net) annoys me, I wouldn’t have become a dedicated ayahuasquero if it didn’t have a certain truth. Nevertheless, it is also true that no “self-help” practice will turn you into a saint overnight, much less one which unleashes supra-natural forces which may be dark and vengeful if you and/or your guide fail to respect and/or control them. Among the proofs of it is, first, the obsession with black magic which permeated the traditional indigenous rituals, which even if you dont take it literally, does indicate that their aims were not necessarily altruistic. Next, as many of the abovementioned “ayahuasca tourists” have found, the healing done by their indigenous or mestizo guides (sincerely, to a point) is often shadowed by baser motives: money, self-importance, lording it over the White man (and occasionally, seducing a gringa).

Luckily for us, that applies much more to Peru than Colombia, including the “urban school” I belong to, but it is precisely the latter which is the source of my biggest doubts, because, for the most part, its taitas are ethical and their patients are decent, educated and self-aware. Yet for more drinkers than I can count, ayahuasca is little more than a recreational drug. Somehow, they learn to weather the same purge which reduces me to a jelly, as it should if you are to truly learn from the experience, get high, spout the usual Pachamamista blather yet, inwardly, they never progress, so far as I can see.

I was first alerted to this phenomenon, years ago, when the only review of my non-fiction book about ayahuasca, in a now-defunct U.S. magazine, Shaman’s Drum, shrewdly contested my claim that its virtues were so inappellable it was destined to penetrate the mainstream society (as it has) and thus save the world, by reminding us that exactly the same was said about LSD before, with exactly the same nil results.

Now, after nearly three decades of drinking ayahuasca, the moral is more clear. As with the mechanical computer, so with the human one: “garbage in, garbage out.” Yes, ayahuasca does make you aware of an immaterial dimension of existence which may lead you along the Buddhist Eightfold Path, but only if you already have the (potential) capacity to be aware of it. If not, you’re better off with Bourbon: it gives you the high without the vomiting.

The Janus-like nature of mambe is more subtle. The mambeadero, the nightly colloquium where members of the community gather to discuss their personal and collective concerns, is usually marked by the recitation of myths (and sometimes ceremonial dances and songs) which implicitly invoke the guidance and protection of the spirits of the forest and ancestors of the tribe, but it is not really a shamanic ritual, the kind where the medicine man deliberately summons such otherworldly influences to provoke a therapy of shock in his patients. Mambe, which is more gentle and meditative, respects the autonomy of the individual when it comes to drawing lessons from his or her altered state.

As an aid to creativity and crystal-clear thought, and all-round energy supplement, mambe is superlative. So, again, why doesn’t a plant medicine which has been the foundation of the wisdom, harmony and communion with Nature we admire so much in many indigenous societies of the Amazon (when not corrupted by ours) likewise enlighten us? Among other reasons, there is the inevitable debasement of that or any other sacred plant when it is lifted out of its cultural context and invested with our illusion that redemption is only to be found in the exotic, the primitive, in a golden age that never was; then becomes a tourist trophy and finally, a commodity you can buy without leaving your city, in sharp contrast with its patent-holders, who earn the right to its benefits, as it were, by sweating to grow, harvest and prepare it and finally employ it in accordance with traditional guidelines that are less a set of explicit norms or taboos than the result of a natural, unpretentious, nearly unconscious atoneness with the jungle, which speaks to them through the plant about how to survive and flourish in it.

That doesn’t mean we White men can’t learn from mambe as well, but since the required sensitivity is not inbred, as theirs is, we must struggle against the many unnatural values of our materialist culture: haste, ambition, the glorification of the noble savage, proving that if we cannot be beautiful, wealthy or famous, we can at least be more “spiritual” than others.

A truism it may be, but the ultimate lesson I’ve learned from both mambe and ayahuasca is that there are no shortcuts to the wisdom of sacred plants. Nevertheless, the “respect” which our indigenous guides speak of is not the same word which many of their White followers parrot when they dress up in feathers and fangs, forget that they are as limited by their culture as we are by ours and solemnly worship Pachamama without realizing what a harsh mistress she is.

Instead (in my view anyway), it is a respect for the differences between the two which, it is to be hoped, forces you to reflect on the integrity of your own, fight against its false values, examine your intentions and focus, truly focus on the plant in a calm and disinterested manner. If not, you may suffer the consequences of a swollen head, like the sorcerers apprentice. 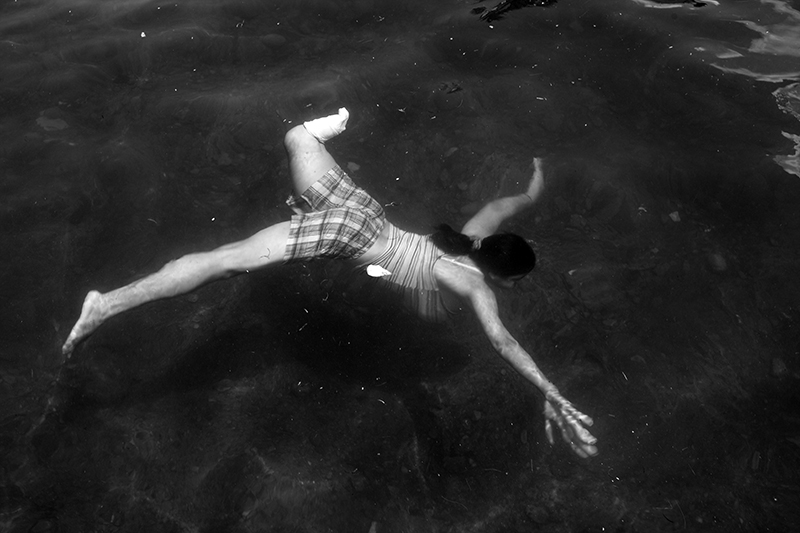