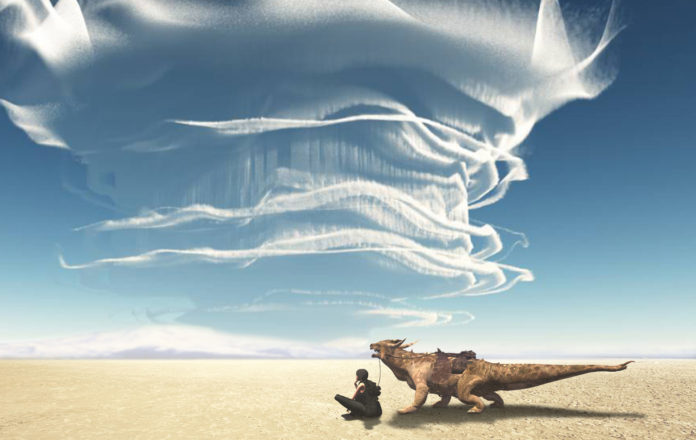 When I was at college in New York, the very word “Huitotos” evoked dread, which since I knew next to nothing about them, I can only explain in terms of its subconscious resonance with the sound of the (oft racist) names of other far-off bogeymen (like “Mau Maus,” “Dacoits” or “Apaches”). It was only decades later, in Colombia, that I learned that they had sufficiently mastered the hostile environment of the Colombian Amazon to become the biggest indigenous group there by far, whose tongue became the lingua franca used to evangelize the region by missionaries, who, by the way, wrongly stuck the label of Huitotos on them. They also acquired an advanced knowledge of medicinal plants, built enormous multi-familiar malocas and created an elaborate mythology which, at one and the same time, consists of stories about their cosmogonic origins or the spirits of the rainforest they worshipped or appeased and very practical advice on child-rearing, sexual relations, agriculture and so forth. Despite their near-extermination during the rubber boom, the Huitotos still conserve enough of their oral literature for White men to benefit from their wisdom, aided by their premier aid to right thought, mambe, a substance made of toasted coca leaves combined with the ashes of burnt Yarumo-tree fronds.

Mambe being the key which opens up the supra-natural realms to our feeble human understanding during the nightly colloquium (mambeadero) where it is employed to resolve personal or collective concerns, you’d think that the myths which guide the ritual would address dreams, because, in a way, mythology is a transcription of human dreaming, in the fullest sense that it touches that realm of intuition where rationality gives way to the guidance of the divine.

The above is a preface to an intriguing enigma, which none of the expert indigenous mambeadores I have consulted has explained so far. I grant that, from the point of view of their traditional culture, my use of mambe (mostly to demolish a writer’s block) is uninformed (and even sacrilegious) but it is at least comparable to theirs for, say, designing a maloca (following the specific mythical guidelines on site, materials, placement of pillars, etc.) The misunderstanding starts when, after having written my nightly stint, I eventually fall asleep (difficult, because coca is an awakener), and plunge into strange dreams.

That sounds like an oxymoron (“your friendly bank,” for example), because, by nature, dreams are unearthly. Nevertheless, it is not only that they are strange to me, the very idea that, once your conscious mind is gone, mambe can send you into a trance roughly akin to that of ayahuasca (but qualitatively different, in my view) seems alien to them.

Here, we face the same problem of communication between two very opposed cultures which I run into whenever I write about ayahuasca. Just as you can never tell whether the sorcery which the taitas of the latter are obsessed with is real or a metaphor (say, for the internal war between your ego and your higher self), I am never sure whether the maestros of the former are unaware of the effect I speak of, or are, but neither of us is able to bridge the profound conceptual/linguistic gap between the two cultures. Or even if, in both cases, the indigenous maestros regard such knowledge as a secret best kept to themselves.

The plain fact is that (a) I’m met with blank looks whenever I mention my mambe dreams to my Huitoto guides and b) I’ve only found one Huitoto myth about dreams and it says nothing about mambe. Like (a), (b) requires caution because my “research” is far from exhaustive, it is only a condensed version (whereas when a Huitoto mythteller gets going, he goes on for hours) and the reference to mambe may be implicit.

It is nevertheless worth citing excerpts of it as an example of the richness, complexity and poetry of their thought:

“There are three songs related to dreaming. The first helps you reach the region of the dream: zuko, which is located between the third and fourth worlds. The world in which we live is the fourth, the crib, represented by the female womb…The second song tells how at the beginning everything was juicy, everything was knowledge, but there were many threads (comparable to myths) and only ambil brought this knowledge here. This song makes the word land here…If one is not prepared for it, knowledge goes away again and thus you need to bring it back again, that is, sow that knowledge that already came in the dream and was brought by ambil. The third song says that…to sleep is to hunt energies, knowledge. It is to go out to find oneself in another dimension.”

Curiously, only now do I realize, as I suspected above, that the myth does refer to mambe: indirectly, with its mention of ambil, the bitter tobacco paste which is its indispensable complement. That, in turn, ties in with the assertion, by my indigenous infor- mants, that tobacco is the “plant of power,” while coca is only what they call the “food” which provides you with the “sustenance” to endure the troubling voyage towards your inwardness.

That doesn’t square with my perception of their respective effects, however. If you want to be “scientific,” the proof would be that I don’t have the abovementioned dreams when (as sometimes happens), I only use ambil to inspire me at night on the keyboard.

Even so, these are mere quibbles alongside the truth of certain ciphered messages in the myth: indeed, as I re-read it now, they leap (afire!) out of the page.

First, the “hunt for knowledge, except that the knowledge/energies in my mambe dreams hunt me, though I grant a subconscious intention. I refer to what is practically a recapitulation of my life, similar (superficially, I stress) to a psychotherapy where a harsh, external agent (like an encounter group) forces you to confront deeply-buried traumas. I’ve qualified the above because, as a representation, the rewound tape of such experiences isn’t the usual chaotic flow of bizarre images, but oddly clear, structured and impersonal – archetypal, if you will – as if a deck of Tarot cards were being turned over to display a series of themes, a universal agenda of career, women, personages, travels, landscapes, interests, etc., at times influenced by a book I’ve just read (or movie just seen), but with a very strong feeling that a superior force, half-joker, half-sage, is behind it all, the personage I think of as the Master of Mambe.

Yet, in a format that is surrealistic, but not otherworldly like that of ayahuasca. As in a painting by Dali, everything in them is actual and familiar, and at the same time, heightened or distorted or fused. Or in a biopic about myself (historically accurate, for once) in which themes that have been latent in my memory are suddenly exhibited on a wide screen, and I, the spectator, step into the movie, and become an unwilling and dazed actor.

If I also say that the film is detailed, vivid and revelatory, it is to draw a contrast with the dreams I have otherwise had (99.9% of the total), which do not fall into the category of Freud, the Biblical prophets or poets like Shelley, but Nabokov, who vehemently insisted that his had no psychological, spiritual or artistic significance whatsoever and it is absurd of the Creator to oblige us to spend a third of our lives on such a boring and meaningless activity.

So the real question is, of what use are the exceptions? Citing the myth again, I am struck by its warning that “if one is not prepared for it, knowledge goes away again,” which is exactly what seems to happen in the Nighttown of the James who writes this. While not wholly nightmares, because they are too fascinating withal, they cause the familiar feelings of being persecuted, mocked and paralyzed, but all that is overridden by the knowledge that they have an internal logic which must be pursued to the end (in the hope of enlightenment). Approaching it, however, torment rises to panic, followed, in instants, by the realization that it’s only a dream, a fight to break through to the surface of consciousness, which (as in the myth’s reference to the third and fourth worlds) lands me in another level of the same dream, but now with more willpower, until I emerge, hyper-awake, in a cold sweat and with the certainty of having touched the absolute truth of life, mine and in general, the which, in another instant, vanishes into the ether, and is irrecoverable because I am returned to the wrong dimension, and I sense that, for the sake of my psyche, it is better that He keep those cinematic fabrications to himself.

As I am now grappling with them, that can’t be the final truth of that truth either, which I further believe is not exclusively mine and as such, may be illuminating to others, with the help of a conscientious and experienced guide (if anyone other than the dreamer exists!).

More in the following (and my last) installment of the mambe series.