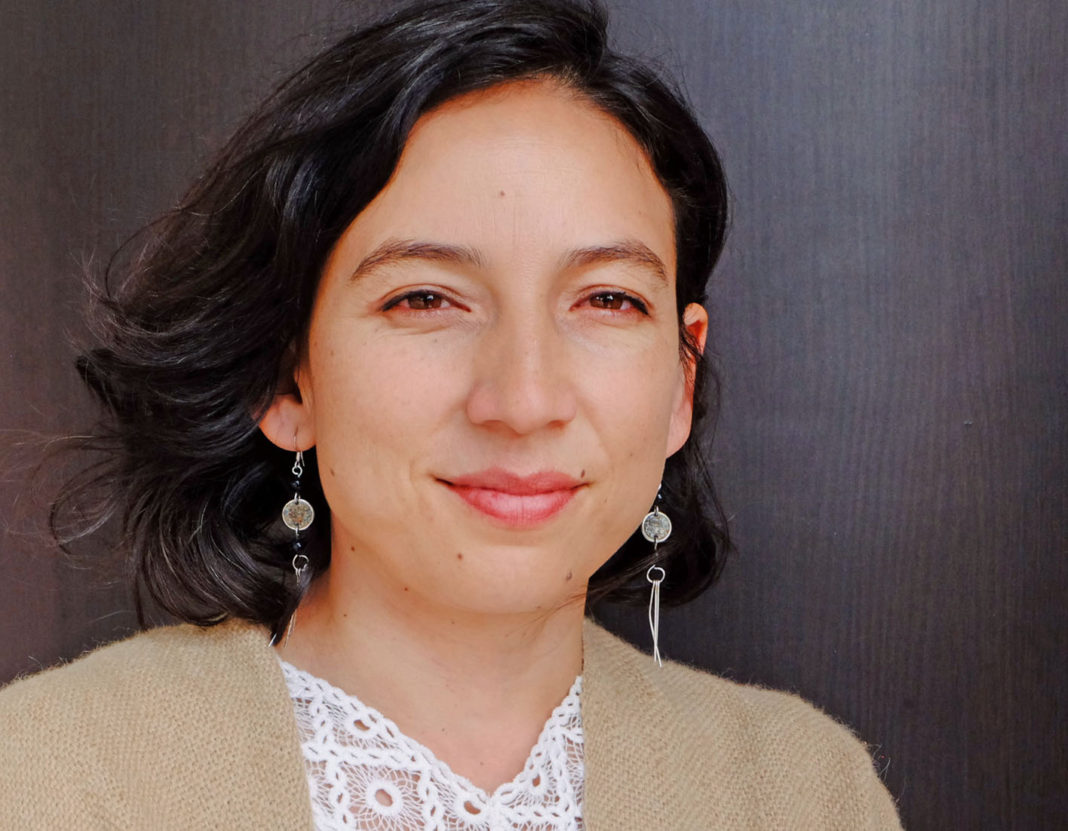 She is the bright star of Colombian cinema, having produced four feature films, including the Academy award nominated Embrace of the Serpent that received critical acclaim for its black and white cinematography and story of Karamakate, the last survivor of an Amazonian tribe enslaved by rubber merchants.

Like her inseparable filmmaking partner, director Ciro Guerra, Cristina Gallego is a natural storyteller, and during 90-minutes of their newly released feature, Pájaros de Verano (Birds of Passage), audiences are immersed in a visually gripping tale of two families feuding over control of the marijuana trade in Colombia’s northeastern La Guajira during the 1960s and 1970s.

Set in the wind-blasted deserts of this remote department, Birds of Passage chronicles the indigenous Wayúu’s struggle to uphold entrenched family values and traditions as the lucrative marijuana drug trade – known as Bonanza Marimbera – takes hold of the region for more than a decade, starting with the arrival of the first Peace Corp volunteers in search of “earth’s happiness” – weed.

The movie also marks another milestone for Gallego, her directorial debut. She also wrote the story based on real events that took place three decades ago, when two powerful clans, Valdeblánquez and Cárdenas, annihilated each other for control of the drug trade.

“Ciro and I grew up together as filmmakers. And, although I focused on production very early on, my creativity grew. As time passed, I found my voice,” says Gallego of a creative partnership that began at the state-owned Universidad Nacional, when both were students of the university’s prestigious film faculty. Even though she originally took up advertising and marketing during the late 1990s, she saw film as the most effective tool to convey stories from a Colombian perspective and told with a historical narrative.

As founders of the production company Ciudad Lunar, this “dream team” duo released their first feature in 2004, titled La Sombra del Caminante (The Wandering Shadows), an urban tale of two social misfits who befriend each other on the streets of Bogotá, one missing a leg, and the other a “silletero,” carrying people for a few pesos in a chair strapped to his back. This small budget, dark comedy, would set the tone for another odd-couple tale, the superbly crafted Viajes del Viento (The Wind Journeys). This mountain trail movie of a vallenato accordionist returning to his remote village in La Guajira was shot in 80 locations along the Colombian coast – and upon its release – catapulted Guerra and Gallego to cinematic new heights.

Born and raised in Bogotá, Gallego’s family roots are connected to the farmlands of Antioquia, and a provincial setting steeped in folklore. “I have always had a strong connection to rural life,” she admits. Sharing how she and Ciro have managed to work seamlessly together. “We always try to remember where we come from, and to make movies based on our vision of a world that is colonial, indigenous, masculine and feminine.”

The idea to shoot Birds of Passage began 10 years ago when Gallego and her crew were on set during Wind Journeys and made Valledupar, the capital of César, their base during several months. “When I came across this story, I thought, how can it be that such a great gangster story has never been told?” recalls the director. Hearing remarkable accounts from local cast members of the Valdeblánquez – Cárdenas feud, Gallego realized that even though it was “an ambitious idea to make a ‘Godfather’ in the middle of the desert,” the story had to be told.

“We weren’t satisfied with the way drug trafficking stories have been portrayed in film, because they always end up glorifying criminals […] this is because they come from the outside to tell our story,” says Gallego, who, like many of her generation, knew only of the mythical status marimberos, – marijuana traffickers – occupied in Wayúu society through stories told by their parents.” For us, this isn’t a funny story, but a painful one,” she remarks, drawing on a recurrent theme in the film: while for the drug-induced hippies weed is a panacea, for the Wayúu, it brings self-destruction.

And considering that most gangster films pivot around macho, gun-totting anti-heroes, on this occasion, they wanted to give priority to a feminine point of view, especially as La Guajira is a territory of matriarchs.

Accurately portraying the role of indigenous women was very important for Gallego as she feels female empowermentt and representation is still lacking in contemporary Colombian society. Even though to outsiders, these tribes may seem primitive “they are no different to ours,” she remarks.

The two directors have become accustomed to fiming in unforgiving and remote conditions, carefully choosing locations for their unbridled natural beauty. From the cobblestone streets of La Candelaria to the black polished stone mountains that loom over the Amazon rainforest in the department of Vaupés, each destination presents its own set of challenges. “Birds of Passage was a very difficult film to make,” claims Gallego, “not only because of sandstorms but because of the deep superstitions of Wayúu regarding spirits walking the earth and insects being the guardians of ancestral secrets.”

For nine weeks, in a part of the world where water is a precious commodity, the crew felt physically and emotionally drained. “Every day we were told by the Wayúu that a violent sandstorm was coming, and within a matter of seconds, the entire set was swallowed up in its path. When it did rain, the ranchería (family-owned indigenous settlement), was churned into thick and inescapable mud,” she recalls. “For some of the tribal elders, the storm was an omen of their spirit ancestors reacting to our presence.”

Though Gallego admits that filming Birds of Passage entailed plenty of risks, the experience also gave her a deep insight into a culture in which death is revered in a sequence of clan rituals. “Every week, a family member of the Wayúu film crew died. We were always in deep prayer,” she recalls.

Shooting in a hostile territory as Arijunas (outsiders) to the Wayúu was one of the most difficult obstacles for the creators of this Greek tragedy-turned-Western. “We knew before we arrived that the Wayúu is a closed and protected community,” says Gallego. “They have never been colonized, and have always fought against intrusion by the outside world.” To gain the trust of community leaders, the production team had to follow the Wayúu’s sacred tradition of frank and open dialogue. Honoring la palabra – one’s word – is a fundamental part of a society with few written rules, and where conflicts are resolved through a palabrero. These word messengers protect the high moral ground and are spiritual authorities in cacti-encircled townships, where livestock and precious necklaces are negotiated as currency.

In a sign of respect for entrenched customs, the co-directors sent in their own “messenger” to talk to the leaders in order to receive support for a creative undertaking that would portray them as outlaws. “We understood how we needed to negotiate on everything.” As a result, one-third of the cast is Wayúu and the movie partly spoken in Wayuunaiki – the ancestral language of these desert people.

Playing the role of a messenger in the movie is the real-life palabrero, José Vicente Cotes of the El Pasito ranchería near Riohacha – La Guajira’s capital. Dressed in his traditional dress, which includes a sombrero, dark shades, and a handwoven mochila slung across his shoulder, Cotes is an authority on resolving disputes, even if they turn violent. With one hand resting on his wooden staff – known in Wayuunaiki as Waraara – he represents the autonomy of the word, both onscreen and off.

“The word is very valuable to us. If you kill a messenger, your entire clan will rise up against you,” states Cotes, and who believes these filmmakers “tell the truth of what happened” more than four decades ago. “This film has made us cry as we remember so many family members killed during the Bonanza Marimbera,” says the messenger, and when asked, if he believes Arijunas are to blame for a collective tragedy, he replies sternly: “No, we’re all bad.”

The passing of time has corroded physical evidence of the Bonanza, but Cristina and Ciro reconstruct a cinematic universe of epic dimensions. This revenge tale also spans several generations, and with each chapter unleashes memories and time-specific details – such as the gold Rolex strapped to the wrist of a man surrounded by sand and solitude. Or, a train of slow-moving mules coming down from the misty Sierra Nevada de Santa Marta with sacks bursting at their seams with the legendary Santa Marta Gold.

“The reality of La Guajira’s tiny villages resemble the outside world,” claims Gallego, who received alongside Ciro, a 15-minute standing ovation when their film premiered at the Director’s Fortnight in Cannes last May. Recently released across Colombia, Gallego sees a parallel between the movie and what is going on in her country with the polarization over the peace accord signed between the government of Juan Manuel Santos and FARC. “Civil leaders and activists are being silenced, and agreements and promises are not being respected out of personal gain and political ambition,” says Gallego. “Colombia and the rest of the world should take heed of our palabreros: If you kill the messenger, you kill the word.” 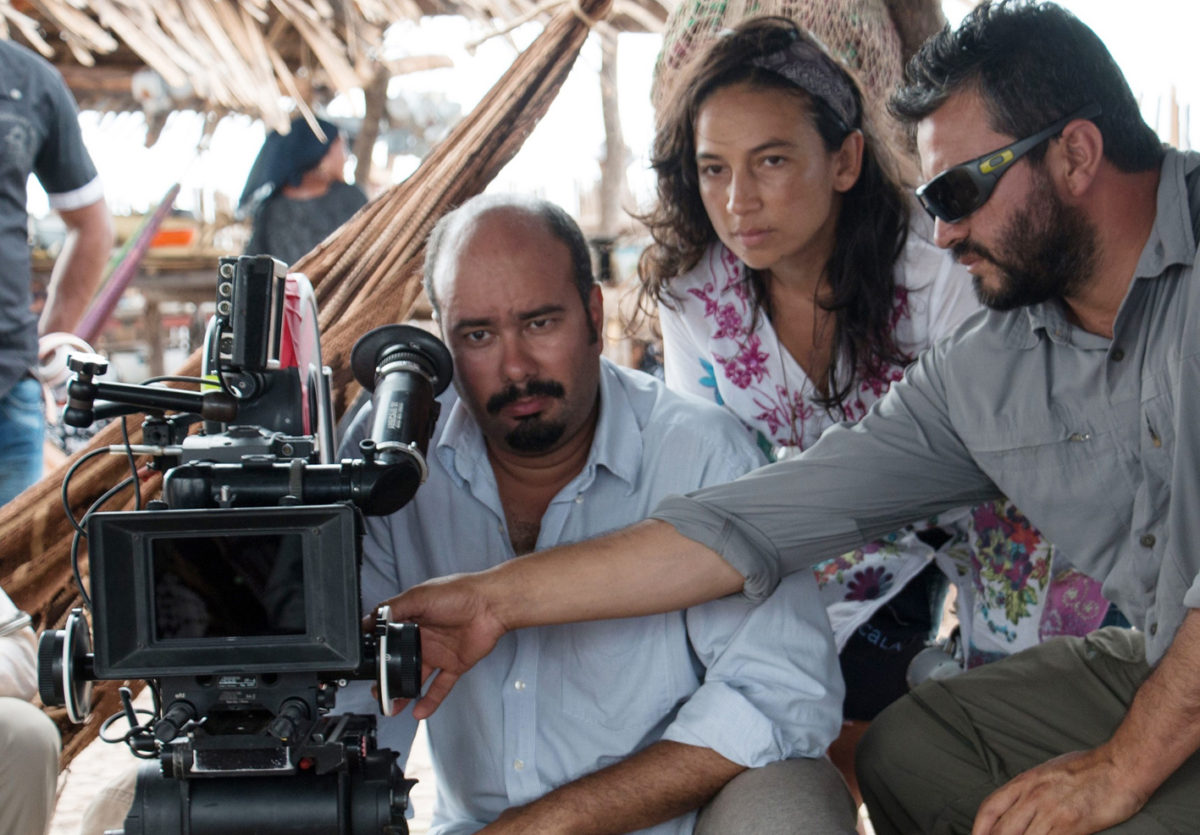