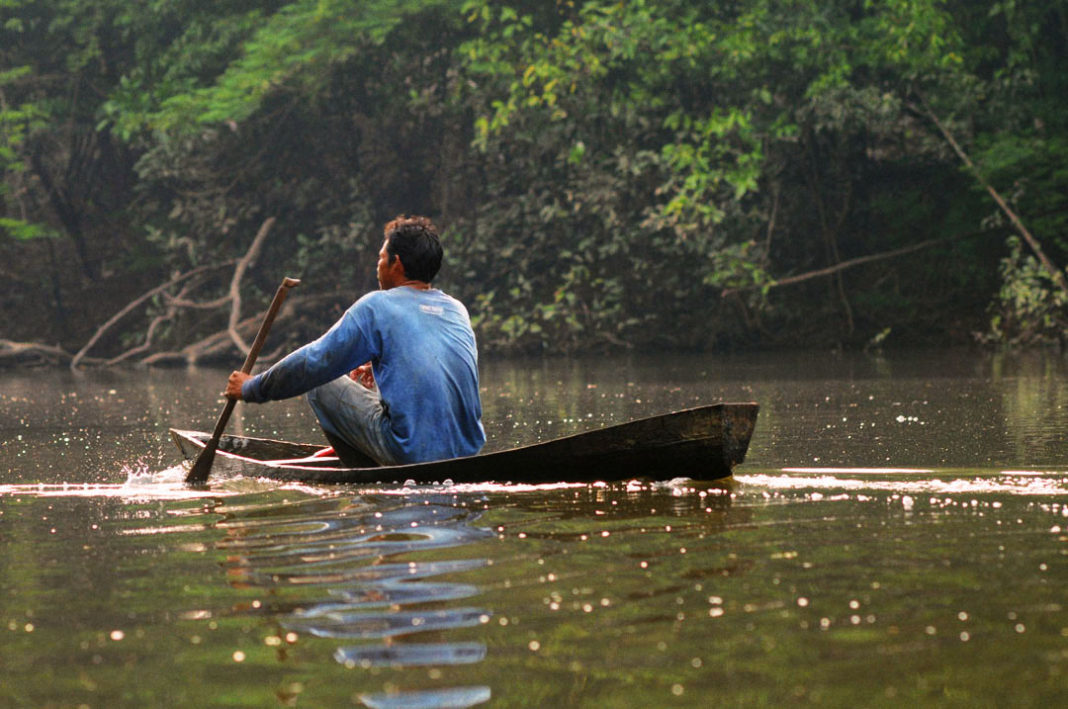 An article in the New York Times last week reported an uptick in Brazilian deforestation since 2015, following a decade of decreasing rates of forest loss. For 10 years now, scientists, activists, and policymakers celebrated the decline in Brazilian deforestation rates and the successful policies that had slowed it down. The New York Times report suggests that we may have celebrated too early though.

Humans have cleared forests since time immemorial, for cultivating crops, grazing animals or building settlements. Since the beginning of human civilization, we have lost nearly half our trees. While much of the deforestation occurred in the world’s temperate regions in earlier centuries, over the last few decades, deforestation has been concentrated in the tropics, particularly in the rainforests of the Amazon, the Congo and Southeast Asia. A larger portion of deforestation today is for the production of commodity crops such as soy and oil palm.

So how do we know how much forest is being lost?

The Food and Agriculture Organization of the United Nations conducts surveys every five to ten years to gauge forest loss – and gain. Over the last decade, we have also seen remarkable progress in the use of satellite imagery to estimate forest loss. Through these mixed techniques, estimates suggest that our planet has lost roughly three percent of its forests between 1990 and 2015.

The loss of tropical rainforests is concerning because rainforests are home to countless species and store vast amounts of carbon that will accelerate climate change if burnt and released into the atmosphere. Tropical deforestation can also alter climate patterns both locally and in distant places. Rainforests are often referred to as the “lungs” of our planet, and for good reason; they play a critical role in regulating global carbon dioxide levels and limiting climate change.

At the source, forests are cleared by ranchers, farmers, or timber companies whose jobs are made easy with the construction of roads and other infrastructure that provide access to forests and eases shipment of product to market. Ultimately, the loss of forests is being driven by the insatiable demand for food and lumber, both in places close to the source of deforestation and by distant urban consumers.

Accordingly, policies aimed at slowing deforestation focus on different parts of the supply chain. For example, REDD (Reducing Emissions from Deforestation and Degradation), a major global initiative, focusses on rewarding nations financially for reducing carbon dioxide emissions from deforestation, or for absorbing carbon through forest management. REDD does not mandate specific strategies, but rather allows nations to formulate their own management plans, encouraging local, practical and community-focused solutions to deforestation.

The Brazilian Soy Moratorium is a voluntary agreement crafted by a coalition of civil society and business leaders with the Brazilian government to ensure that traders will not purchase soy that has been grown on land deforested in the Brazilian Amazon after 2006. A paper published in Science Magazine in 2015, reported that the Soy Moratorium had worked to slow down Brazilian deforestation, using a mix of empirical data and on-the-ground interviews with farmers. But more research is needed to fully show just how effective these agreements are.

Other initiatives, like The Roundtable on Sustainable Palm Oil, work to develop credible global standards for ensuring sustainability along the entire supply chain – not just at the source of deforestation. As an increasing number of companies commit to reducing deforestation, certification schemes seem to be the predominant tool of choice and may offer a promising future for our forests.

Such initiatives are all well and good but how do we know if these policies actually work? The short answer is: it varies.

While some countries like Brazil have leading forest monitoring systems, controversy remains over whether tropical deforestation rates are going up or going down. The problem of “leakage” – whereby deforestation slows down in one location but rises in another nearby location, is an issue which further clouds our efforts.

The reality is that while our intentions to reduce deforestation have increased, our appetite for commodity crops such as soy and palm oil have probably increased even faster. The New York Times article points to the increasing reach of global agribusinesses into even more remote areas to source raw materials. Until we can reduce our demand for more, more, more, efforts to cut down on deforestation are likely to remain only marginally effective.

About the author: Navin Ramankutty is Professor and Canada Research Chair in Global Environmental Change and Food Security at the Liu Institute for Global Issues and the Institute for Resources, Environment, and Sustainability at the University of British Columbia. His research develops and analyzes global Earth observations and models to find solutions to the problem of feeding humanity with minimal global environmental footprint.”