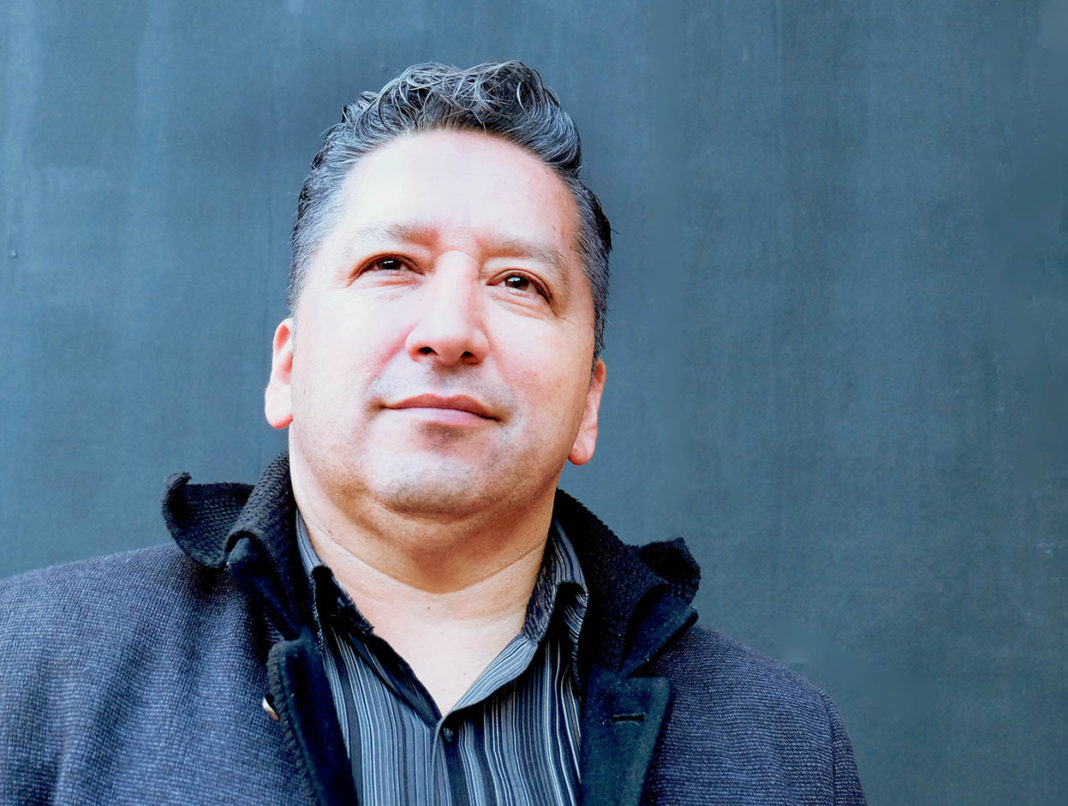 Herbin Hoyos is a veteran correspondent whose datelines include some of the world’s most dangerous places. From reporting in sniper alley during the Sarajevo siege to being embedded with U.S forces as they advanced to Baghdad during Operation Desert Storm, the Colombian journalist has survived many frontlines, reporting to his fellow citizens the horrors of modern warfare.

As a television and radio journalist, Hoyos became a well-known personality in Colombian media, and his face familiar on the evening news, so when he spoke, an entire nation listened. But, as he ventured into dangerous hotspots around the world, at home, the internal con ict with the oldest guerrilla insurgency in the world, the Revolutionary Armed Forces of Colombia (FARC), was turning increasingly violent. During the mid-1990s, Colombia was a nation besieged. Hemmed-in by guerrilla checkpoints, few dared to venture beyond Bogota’s limits. In the countryside, the body count rose with every offensive, and as FARC took control of towns, capturing soldiers as “prisoners of war,” this country, like so many other war-ravaged nations, was on the verge of collapse. Not even journalists were spared.

On March 13, 1994, Herbin’s life was split in two when he fell victim to the scourge of kidnapping. Like thousands of his fellow countrymen who were snatched from their homes and farms, Herbin’s ordeal began when three individuals turned-up unannounced at the studio where he was half-way through his evening news pro- gram, under the pretext of picking-up “a prize” they had won on the radio. As he interrupted the show and met the men at the front door, they spoke their real intentions: “We are FARC and have come for you. Get inside the car so no one gets hurt.” He heeded the warning, and under the cover of night, was held at gunpoint until the lights of capital vanished from sight.

As he recounts being a “prisoner” of FARC, Herbin becomes emotional, reliving every aspect of the five-hour drive into the unknown – squeezed between the trunk of the car and a spare tire – hearing voices on shortwave radio saying: “We have the trophy.” Having traveled to some of the most remote regions of Colombia covering the news, as dawn broke, Hoyos became the day’s news, and as he was handed over to a FARC front in Ataco, a small town in central Tolima, he began to walk. With hands tied and dress shoes caked in mud, the craggy mountains of Tolima became a frontline, but one he wasn’t covering. “It was only during my ordeal, that I realized there were people chained to trees in Colombia.”

Hoyos’ ordeal would be repeated for more than a decade across the country when FARC’s ruthless field commanders, alias “Mono Jojoy” and “Romaña,” orchestrated a practice that became known on a mass scale as “miraculous fishing” – pesca milagrosa. Colombia’s dailies were filled with photographs showing men and women being escorted into the fog of the high-altitude wetlands, leaving vehicles abandoned by the side of the road. If you had a bank account, held a good job or had a prominent name, you could be kept for years, until a hefty ransom was paid.

Herbin’s kidnapping was not economically motivated. Instead, as a respected journalist, he was considered a “high-profile” hostage, and, therefore, kept alive. To avoid being seen by the military, which were in close pursuit of the guerrilla, they forced him to cross a steep rock face. Bullets began to y and one of the captors was shot in the chest. Herbin slipped from the mountain face into the trees. Injured during the fall, and “dressed in guerrilla fatigues,” he was hauled to safety. The army retreated. After another grueling walk in the thick undergrowth, with a leg bleeding and bound by a tourniquet, the journalist arrived at a camp. A man lying on the floor in chains looked up at him and they exchanged words. “They’ll release you soon, if you’re a journalist,” said the shopkeeper. “But if they do let you go, please tell my wife you saw me, and that I am still kidnapped.” The man, who had refused to pay the guerrilla extortion money, had been in captivity for two years.

After 17-days in captivity, Herbin wasn’t released by FARC, but rescued during an army attack. When the bombs began to fall, FARC told him to run “and not look back.” Once again, he followed orders. A week later, in safety, recovering from his injury, he had to fulfill his first mission that would become the crux of a life’s cause: send messages of hope to hostages and their relatives.

A month after, Herbin Hoyos launched the first program of Las Voces del Secuestro in a studio of Caracol radio. The program began at midnight, and lasted until the last mes- sage was read on air. On April 1st, the first 20 messages came in. A week later, phones were ringing-off the hook, with callers pleading for the prompt release of loved ones. Within months, the litany of hopelessness and desperation was becoming obligatory listening in all Colombian households, and during the height of kidnapping in late 1990s, Voices of Kidnapping was reaching out to some 4,000 hostages. On an average night, for four painful hours, an average of 250 callers sent messages of comfort and hope. The radio show went global with Colombians overseas also sending messages.

During the course of 22-years, Herbin’s late-night program would always start-off the same way: “Welcome, wherever you are, hostages held in the mountains and jungles of Colombia.” There were no rules and callers could have their several minutes of airtime. “There were so many calls, that we ran overtime, often broadcasting into the morning,” recalls Hoyos. But there was one rule to the program: never mention money, what kind of house you live in, or what you may own. FARC was always tuning-in.

Voces del Secuestro evolved into an emotional bridge between two Colombias. People of all ages, professions, races and creeds took to the air. And the same on the receiving end – hunched over a radio, and one of the few items FARC allowed their prisoners.

During President Alvaro Uribe’s two-term presidency, FARC were dealt a series of military setbacks. As paramilitaries of the United Self Defense Forces (AUC) advanced across the territory, the savagery sank to an all-time low. Millions were displaced, and Colombia ranked among the most violent nations in the world. Then, in 2012, with FARC in the hands of ideologue Rodrigo Londoño, alias “Timochenko,” the Colombian government opened the possibility for exploratory peace talks. A year later, negotiations to end the half-century old conflict were formalized in Havana, Cuba, raising the hope of an entire nation that this time a lasting peace could be reached. “It was the best news we could have received,” says Herbin, of the initial euphoria he felt with the talks. But, his emotion was short-lived, when the guerrilla dismissed their kidnapping record, and their recruitment of children. “I felt profoundly insulted. How could they lie to 47 million of us?” As FARC and the Government behind closed doors hammered-out a Final Accord, Voices of Kidnapping kept on transmitting.

Hoyos went on to found The Federation of FARC Victims (Fevcol), organizing rallies with 1,800 direct victims of the guerrilla to challenge FARC on their human rights record. This position pitched him against his former col- leagues, the government, and of course, FARC, who made few direct references to their criminal past. “Their position remains cynical and soulless,” he says, despite the fact that the former 7,600-strong guerrilla has demobilized and handed-over their weapons to the United Nations.

According to Hoyos, as long as FARC refuses to respond for their crimes, or deny they still have persons kidnapped, his radio show will continue. “I actually began to write the final episode of my program,” he says, recalling how he once believed peace with FARC would end all hostage-taking. “Their silence on this issue has made me radicalized.”

Hoyos considers himself in the “No” camp of the voters who rejected the peace deal during last year’s plebiscite. Despite their slim majority at the polls, the Government of Juan Manuel Santos and FARC still forged ahead with the deal, and a revised accord became the law of the land in November. According to Hoyos, thousands of victims of FARC’s kidnapping are still waiting for news of what happened to loved ones. “Even if we never find their human remains, until we know what happened to these people, we still have to consider them kidnapped.”

The journalist-turned-victims advocate admits, he can no longer be “neutral” when it comes to covering Colombia or its peace. As a result, he has taken to reporting from foreign shores, such as a region he is very familiar with, the Middle East. When asked if he can forgive FARC for the wrongs they committed against him, during his own kidnapping, he responds: “I will shake hands with any guerrilla who has done some time in prison. In fact, I will work with them.”

“Reconciliation is only possible when you really feel it inside. Asking for forgiveness is an act of contrition,” he says. For this journalist, behind Voces del Secuestro, peace can only be achieved when the past is not forgotten. “Until that day, I will remain on the air.” 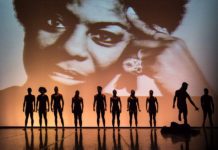 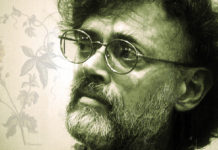 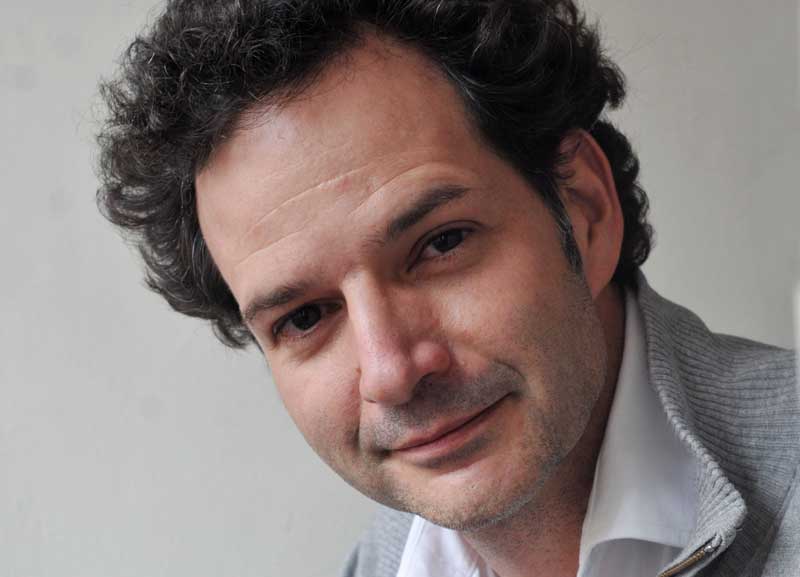