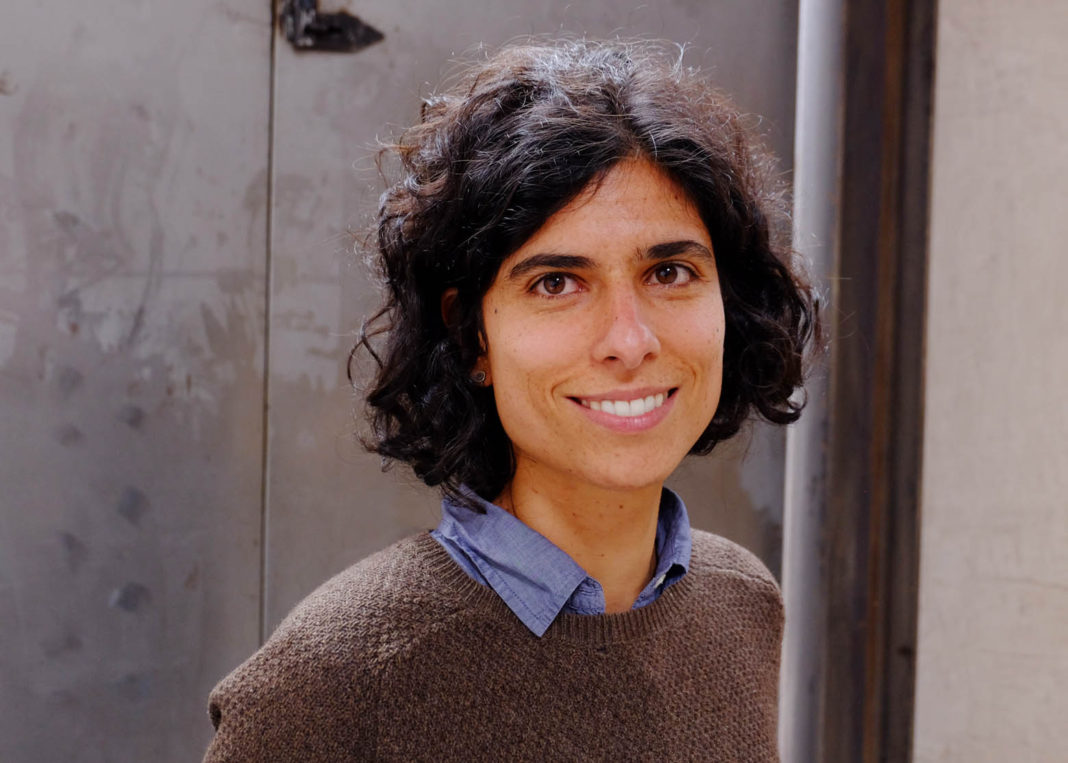 When you sit down at a table in one of Colombia’s many village restaurants, chances are you’ll be handed a steaming bowl of soup and platter laden with some of the region’s delectable ingredients. In as much as this country is regionally different when it comes to local culture, it is equally diverse with its foods, as each department – or specific territory – cultivates that which thrives in unique environmental conditions. From the arid plains of Colombia’s northern coast, where red corozo berries of the Acrocomia palm are boiled into juice, to the small guineo plantain, the staple in sh stews, that thrives in the humid rainforests of the Pacific Coast, Colombia’s bountiful foods are delineated by location and ancestral harvesting.

Cristina Consuegra is an anthropologist whose research on the relationship between territory and food resulted in her, and three other colleagues, winning the Ministry of Culture’s 2016 award for traditional cooking, known in Spanish as Premio Nacional a las Cocinas Tradicionales Colombianas. Given out every year to a region-specific investigation that aims to protect a culinary tradition, Cristina found her recipe while visiting Mesitas del Colegio, a small town nestled in the foothills of western Cundinamarca, and whose temperate climate makes it a popular destination on weekends for Bogotanos in search of warmth and local cuisine. While stopping at an eatery called Mestizo, Cristina was handed a plate with 17-locally grown ingredients and cooked by Rosana Cereré, with the same recipe handed-down to her over generations.

“The infinite patience of Rosana to create a dish with ingredients that are so unfamiliar to a majority of Colombians, not only resulted in many trips to Mesitas del Colegio, but the idea to include this recipe in a national contest,” said Cristina. But, in order to formally submit the Piquete campesino de tierra templada (Temperate farmer’s platter), the contest rules required the participation of another researcher and cooking assistant, who would learn every aspect of the recipe in order for it to be officially recognized as a dish that represents – and exemplifies a specific region. Together with biologist Diana Pizano and chef apprentice Jennifer Rodríguez, the team found themselves studying endemic gourds, beans, and roots that were very familiar to locals, but just 60 kilometers east, in Bogotá, are almost impossible to find.

“What we consume is an act of conservation,” believes Cristina, “because if we didn’t consume many of the natural products locally, grown by small scale farmers, they would disappear from the table and our collective memory.”

Growing up in Bogotá during the late 1990s, Cristina studied Economics and Anthropology at Los Andes University, where she graduated from in 2011. Like many young Colombians who weren’t able to see many regions of their country given insecurity in the countryside, she represents a generation that values ancestral knowledge, the preservation of rural traditions, and importance of these in holding Colombia’s social fabric together. Upon completion of her degree at Los Andes, she earned a Masters of Science from University College London (UCL) in Anthropology, Environment and Development. Her thesis on Victorian allotments would become the foundation for field work in Colombia’s countryside.

During Queen Victoria’s long reign, which saw the transition from a rural-based economy to an industrialized one, philanthropic Victorians organized small plots of land in the squalor of working class neighborhoods, to provide a healthy diet for factory workers. These allotments were not only an urban solution to guaranteeing the nation’s food security in times of strikes and war, but their appeal ended up crossing class divides. Today, across England, allotments are scared soil for organic gardeners, but also, a means by which certain seeds and plants have been protected from genetic modification.

“Community-based agriculture is a common practice across Colombia,” believes Cristina, “and many ingredients that go into a meal are the contribution of many subsistence farmers, cultivating small tracts of land, not unlike the English allotments.”

After spending a year with urban horticulturalists and with a key to an allotment, Cristina learned about the importance of organic farming and plants that could be used in cooking, but are often discarded because of a lack of nutritional documentation. When she returned to Colombia, this interest in edible plant-based foods resulted in her getting involved in a conservation project of the country’s tropical dry forests, home to immense biodiversity, much of which with medicinal properties.

“The harsh ecosystem has forced plants and seeds to resist high temperatures and prolonged droughts. What we saw were forests that were adapting to climate change, and flora that only local farmers knew existed,” explained Cristina.

Creating value-chains for specific products, such as those grown in the Montes de María, a mountain range in northwestern Colombia, where the internal conflict between paramilitaries and guerrillas besieged rural communities and made contact between farmers and local markets a near impossibility, was another of Cristina’s projects to incentivize awareness of locally-grown foods, as well as their role in a society’s identity. This project lead her to Rosana’s kitchen, and thus the recognition by the Ministry of Culture.

Women on Colombia’s Pacific coast will cook entirely different recipes than their contemporaries in the high Andes, even though they may only be several hours distanced by land. As part of the prize, Cristina had to take Rosana’s platter to a region of Colombia that would be unfamiliar with the ingredients and cooking techniques. She chose Tumaco on the Pacific coast. There, with the help from students of Escuela Taller – a non-profit that provides vulnerable populations with technical skills – Cristina and Rosana cooked their Cundinamarca platter and shared it with the local participants, many of whom, had never tried a “bero” plant or prickly pear squash – guatilla – commonly stuffed with minced meat.

“It was a revelation because when we talk about ancestral foods, we don’t often refer to the dialogue among cooks while preparing the dishes,” One participant, did, however, make a connection with guiso, a tomato-based sauce used to give flavor to soups and tamales. “This is the real taste of Colombia,” remarked a young woman, and an observation, Cristina recalls as accurate.

Cristina’s investigations into the origin of recipes and food as a cultural exchange has resulted in a collaboration with the Bogotá artist Maria Buenaventura. Known for her botanical installations, Buenaventura organizes a monthly get together in which farmers, researchers, traditional cooks and seed guardians sit around a table to discuss a Bogotá recipe prepared by the artist/ cook in situ. This series of Comidas Bogotanas, held once a month in the San Felipe art gallery Plural Nodo Cultural, have become sought evenings by foodies as a way to interact with the rural while in a fast-paced urban setting.

Last month, during the second edition of ARTBO Fin de Semana, Plural Nodo Cultural offered a “resistance lunch” to coincide with their exhibition of graphic art and documentation of the May 1968 student uprisings. Cristina was asked to create a lunch based around a parallel theme, and chose the foods of the African diaspora that settled large swathes of the Colombian Pacific and Caribbean coasts.

The knowledge former slaves have of their biodiverse surroundings is still evident in many dishes prepared today by Colombia’s Afro communities, and a “value-chain of knowledge that we don’t tend to look at when we sit down at a meal,” claims Cristina.

As a vegetarian, this investigator knows it is difficult to have a full appreciation of this country’s culinary offering, when so many typical dishes include meat. But for her, plants are an on-going source of curiosity, especially when deconstructing ancestral dishes. “I can connect with the plant-based world,” claims Cristina, because “food is an expression of life.”