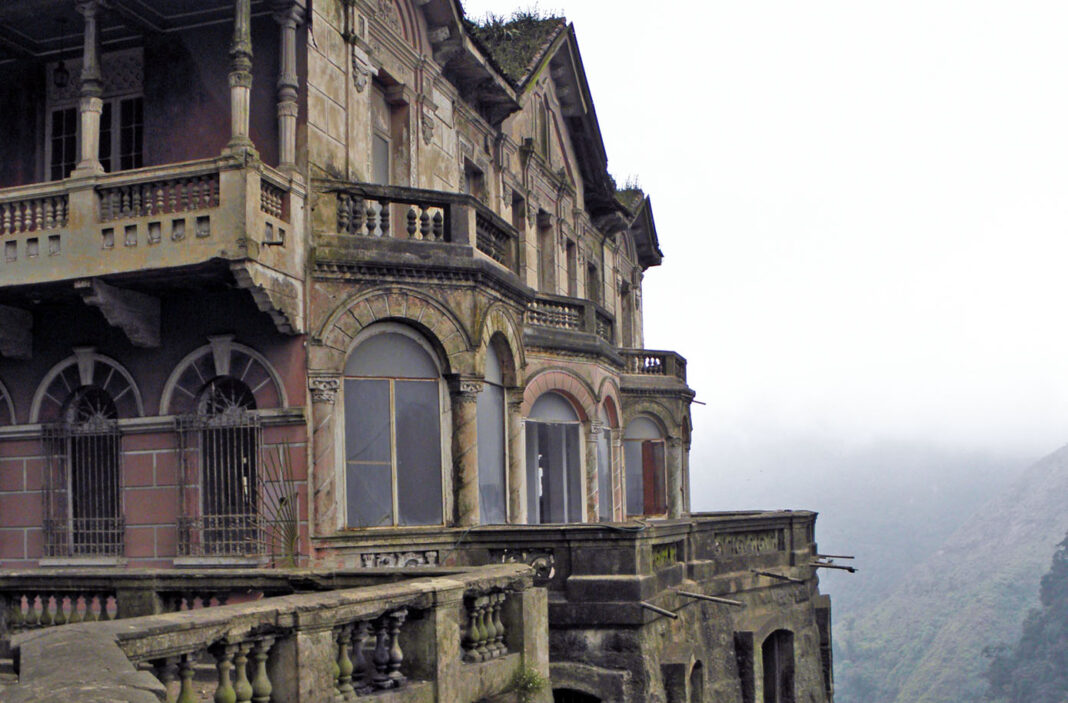 Even though the coronavirus has kept many of us away from spending a night in one of Colombia’s colonial haciendas, ghouls and ghosts have not. So, when it comes to creaky floorboards and things that go thump in the night, Colombia has its share of haunted landmarks. Whether you believe in the supernatural or not, here is a list of places where ghostly apparitions are common, even macabre. Beginning with a hotel that’s creepier than the one in Stephen King’s The Shining.

The hotel El Refugio del Salto even looks scary in pictures, engulfed by a constant mist from the Salto del Tequendama waterfall. The neo-Gothic building once served as a train station for the Ferrocarril del Sur. While some passengers would break the journey to Girardot by admiring how the Río Bogotá flows over the Salto del Tequendama, others would hit the bar and check-out, in more ways than one, the abyss below. When the station was converted into a luxury hotel in 1927, the suicides continued, and even though Bogotá’s high-society was tight-lipped about the subject, the hotel earned its reputation as a haunted place where screams were often heard in the valley below and from the hotel’s second-floor balcony. Even though there are plans for the hotel to re-open, given its paranormal activity, it may take a lifetime before potential guests make a reservation.

Bogotá’s streets have also seen their share of the paranormal, especially La Candelaria’s historic district, where two colonial houses have ex-tenants that haven’t had a restful sleep in more than a century. The stabbing of a lowly blacksmith in 1851, while his shop was being burglarized, led to the arrest of one of Bogotá’s legendary mobster José Raimundo Russi. Living in a house on the Cra 2 with Calle 11, the so-called “Casa del Bandido” was sold to a prominent family when Russi faced the gallows, and even though there were frequent sightings of the bandit wandering down corridors and entering rooms at night, the family kept the property until it was abandoned in the 1950s. For some reason, while many of the houses nearby have been converted into souvenir shops, cafés and restaurants, the doors to Russi’s colonial hideout remain padlocked.

On the same street as Casa del Bandido, is a home that once belonged to the family of José María Cordovez, author of Reminiscences of Bogotá, considered a sociological reference book of old Bogotá. According to Cordovez, during colonial times, many corpses were buried within the wattle-and-daub walls of buildings that today are considered historical landmarks, and when his family resided in La Candelaria, they too had to cohabitate with the supernatural. In the Casa Cordovez, a woman enters the kitchen and starts meddling with pots and pans, leaving a mess for maids to pick up in the morning. On the second floor, the author recalls, a man would scream during the night for help and once he was put out of his misery, would pull up a chair in the living room and light up a cigar.

When it comes to sightings, however, Bogotá’s Cementerio Central is a haven for ghosts, but why anyone would wander near the city’s oldest cemetery at night and risk being mugged is as perplexing as the stories from the tombstone engravers on the Calle 26, who claim to have seen a white-cloaked apparition wandering among the mausoleums, and who had been sighted near the cemetery’s main gates around 1:30 in the morning. Strange sounds also emanate from the metal stairwell that leads to the basement, where dozens of bodies are buried. Since this national landmark first swung open its gates in 1836, ghost sightings have not ceased.

Barranquilla is home to a world-famous carnival, but the late night partying ends at Castillo La Alboraya.

From the outside, this “castle” dating to 1626 could be mistaken for many others in a similar state of decay, but what took place inside has earned it the reputation as a Colombia’s not-so-little House of Horrors.

The gruesome tale begins with a mestizo by the surname Rendón, who forges a pact with the devil and performs satanic rituals in a chapel built on the grounds. Legend has it that Rendón threatened everyone who dared to approach his land by riding a black stallion smeared with human blood. But, when faced with a revolt by the locals, Rendón flees, and the hacienda is auctioned-off to Spaniard, Miguel Borrás. Borrás, on the surface, seems to lead a respectable life with his fair-skinned wife, but underground, in three tunnels constructed to safeguard his contraband, he locked up young men and fed them bread and water. Historical accounts attest that Borrás tortured and murdered many children belonging to his slaves.

The neighborhood of Alboraya does get noisy during the day with traffic and music played at full-volume in local tiendas, but between 1 am and 3 am, a blood-soaked horse has been heard galloping through the streets before stopping in front of the castle to drink water. For guards who have looked after this landmark, the hacienda and gardens are so spooked that even after one night, they demand to be relocated. 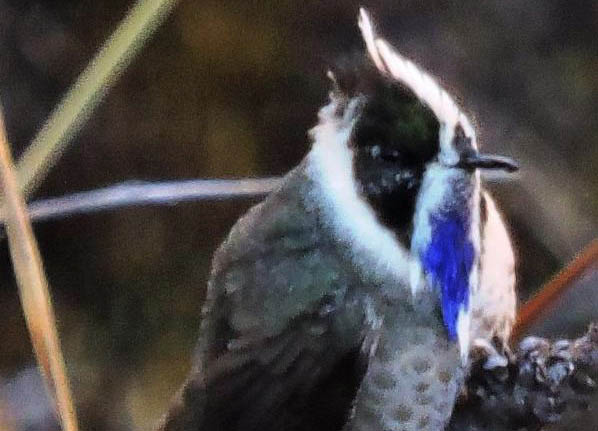