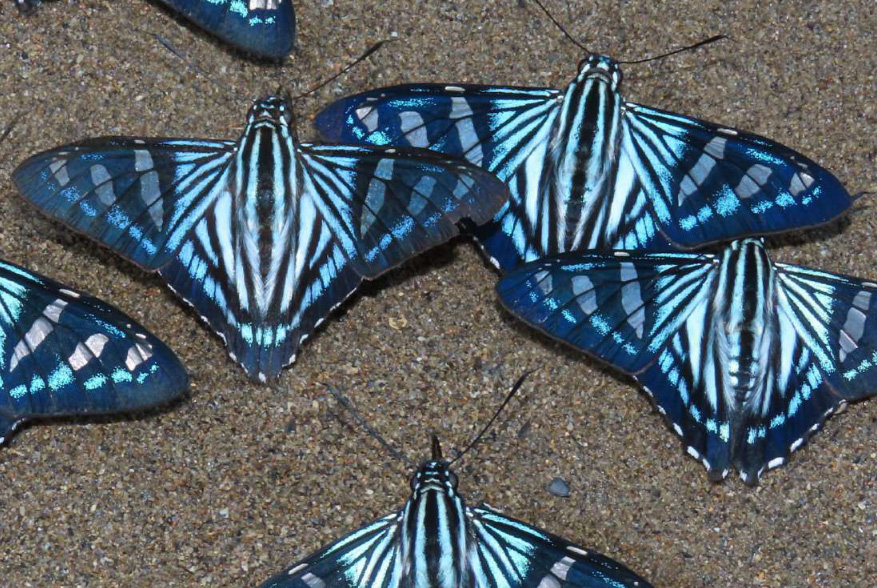 The yellow butterflies that swarm the imaginary and magical landscapes of Nobel Laureate Gabriel García Márquez’s most famous work, One Hundred Years of Solitude, are just one species of 3,642 that inhabit a very real Colombia – country home to 20% of all butterfly species on the planet.

The findings are the result of years of research by scientists, collectors, students and amateurs documenting species across topographically challenging terrain. The list of 3,642 species and 2,085 subspecies was compiled by Professor Blanca Huertas, senior curator at the Natural History Museum in London.

The checklist aims to inspire neighboring countries – Ecuador and Peru – to publish lists of their own butterfly species. The checklist and online database is classified by family (taxonomy), scientific name, subspecies, range, and year the specimen was first recorded. Among the ranges of butterfly populations are Pacific rainforest, neotropical lowlands, deserts, Amazon, Eastern grasslands and Andes.

“This great diversity and complexity of habitats and geological histories makes Colombia one of the world’s most fascinating locations for research on the evolutionary ecology of tropical faunas, and its butterflies are an ideal subject for such studies,” writes Keith Willmott, Director of the McGuire Center for Lepidoptera and Biodiversity at the Florida Museum. “Despite a long history of exploration, the inaccessibility of many parts of the country, sheer diversity of its butterfly fauna and rarity of many of its species have ensured that there remains an extraordinary amount to learn about Colombia’s butterfly fauna,” he said.

The checklist also reveals a long lineage of documented Colombian butterflies starting with 18th Century naturalists José Celestino Mutis and Francisco José de Caldas of the Royal Botanical Expedition; followed by Alexander von Humboldt and Aimé Bonpland. The early 20th Century collection of Jesuit Apolinar Maria opened the way for modern butterfly investigation in Colombia. The project leaders analyzed more than 350,000 photographs and traveled extensively throughout the country for a report that is ever-evolving and will be updated frequently given that many regions of the country remain off-limits to field exploration given security concerns and delicate public order situation.

The Rolling Ruanas: A success story that rocks traditional carranga