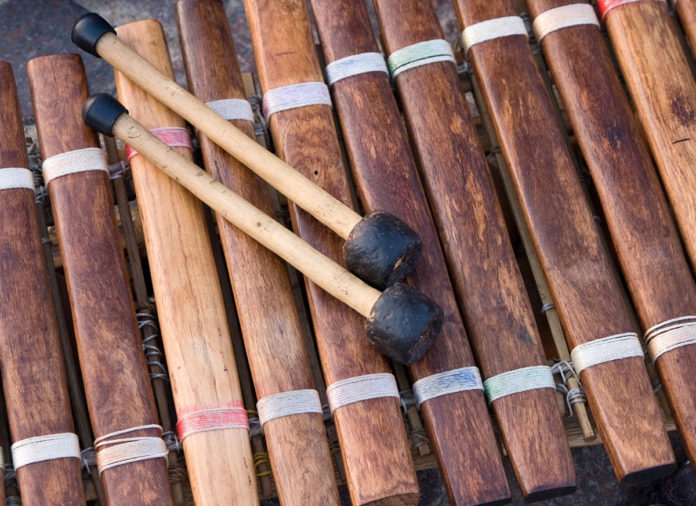 Ever since I can remember, I’ve been a compulsive tapper. No, I don’t mean that I spend hours hanging around breweries, salivating as I plug one keg after another. My ailment is far more savage. I simply mean that, when my hands come into contact with any flat surface, my fingers cannot help but tap, in thrall to a rhythm chuntering away in my head.

It gets worse. Left unchecked, this swells into no-holds-barred slapping of whatever beleaguered table/ plate/library desk I’ve chosen as my instrument, and, before I know it, I’m lost. This looping reverie will continue in unabated, ignorant bliss until I’m either tapped on the shoulder myself or, more likely, shouted at to stop. In the loving embrace of my understanding, yet long-suffering Dorset family, the former was the more likely outcome. A simple, gentle admonition, to the effect of “Dear, you’re doing it again,” would be enough to drag me back to the mortal plane. No such luck in the real world. The ‘audiences’ to my early work greeted me with a number of reactions – the kindest with dirty looks, the moderates with four-letter-words, and my schoolmates, best of all, with complete social exclusion. Clearly, something had to be done.

My mother knew early on that this mania could not be removed – merely redirected. A musician and music teacher herself, she devised a cunning solution that would merely annoy the neighbours (a fringe benefit, I still suspect) rather than every- one with whom I would come into contact. At the tender age of 14, I sat on a drum stool for the first time, and the compulsive tapper soon became a compulsive drummer. I was the opportunity. After a few years of relentless pre-pubescent practise, I ended up playing with the band at my parents’ church. Here, I cut my teeth in playing as part of a group, learning to lock in with the bass, the piano, the congregation. Of course, there was the occasional warning to rein in the volume a tad – minus the four letter words. This was, of course, a house of the Lord.

My percussive journey continued throughout my education. I moved to a different, more artistically inclined school for the Sixth form and here, my peculiar prevarications were not only tolerated, but actively encouraged. By some twist of fate, my drum teacher allowed me to open a school assembly with a drum solo, and this got me into my first proper band. In a spectacular turning of the tables, my oddity gained me friends rather than frowns. In fact, some of the closest friends I made at school, I made through music. However, I still felt that no-one was quite as pathological in their need to tap as me. The drumming, in spite of parental hopes, had ultimately failed to rein me in, and I still assaulted hapless furniture with the same fervour as I’d done as a child. I remained, for better or worse, a compulsive tapper.

Let’s return to the present day. I’d been in Colombia for a few months when a friend invited me to a salsa con- cert at Manizales’ Plaza De Toros. Salsa music itself is one of the youngest children of Latin culture. It was born in the ghettos of New York, among the city’s numerous Puerto Rican community, in the mid-1970s. On the other hand, while the Plaza De Toros (or bullfighting ring) hosted its first bullfight on December 23rd, 1951, the traditions it adheres to is significantly older and European. However, the atmosphere tonight strikes me as different to the Plaza’s usual fare.

While it still hosts bullfights every January to celebrate the annual Festival of Manizales, both the mood and the clientele here seem significantly younger (not to mention less bloodthirsty). Furthermore, the sheer length of the queue speaks to the rampant popularity of salsa music amongst Colombians. As I arrive, a full hour before the concert, a throbbing vein of animated, amiably chatting Manizaleños stretches four blocks beyond the plaza’s various entrances.

This is no surprise. To me, Latin music, in all its various incarnations, has a common thread – a relentless, foot-tapping rhythm as syncopated as it is sophisticated, as irresistible as it is accessible. This is as true of the calm back- and-forth of bachata as it is of salsa’s up-tempo shuffle. There’s even something to be said for the lurching swagger of reggaeton, Latin America’s designated ‘yoof’ music, which has its place amongst the rhythmic canon (and for me, that place is strictly between 1 and 2 am, after a suitable amount of aguardiente). As I watch the crowd, it becomes clear to me that, rather than mere observers of a performance, their participation in the show itself is, much like my drumming at school, both encouraged and expected. Within minutes the band, led by Puerto Rican-American singer Henry Fiol, strike up, and the thousands-strong crowd bristle into a forest of steel and wood. A cornucopia of weird and wonderful percussion instruments materialize in their hands (bongos, cow-bell and claves being the mainstays), and, instantly, band and crowd are as one. They seem to know the expected pattern for each song as well as if they’d rehearsed with the band themselves. I’m watching a performance of an ensemble of thousands, and it’s breathtaking.

Of course, my compulsive-tapper instincts don’t let me lie idle. With- in minutes I borrow the Cuban-flag- emblazoned cowbell of the woman behind me (to her chagrin I keep it for the rest of the night), and am merrily playing along. Here, as nowhere before, my percussive idiosyncracies serve me well. I’m no longer strange here, not because my compulsion has disappeared, but, rather than disdained for it, I’m embraced for it, and those around me don’t hesitate to join in with my maniacal battering of the unfortunate cowbell. Out of the blue, I’ve found myself surrounded by my fellow compulsive tappers. That night, I made the happy discovery that Colombia is a nation of percussionists, and, as I write, I find myself wondering, had I found myself in a Colombian classroom during my younger years, whether I would be so inclined to describe my affinity for rhythm as an ‘ailment’.