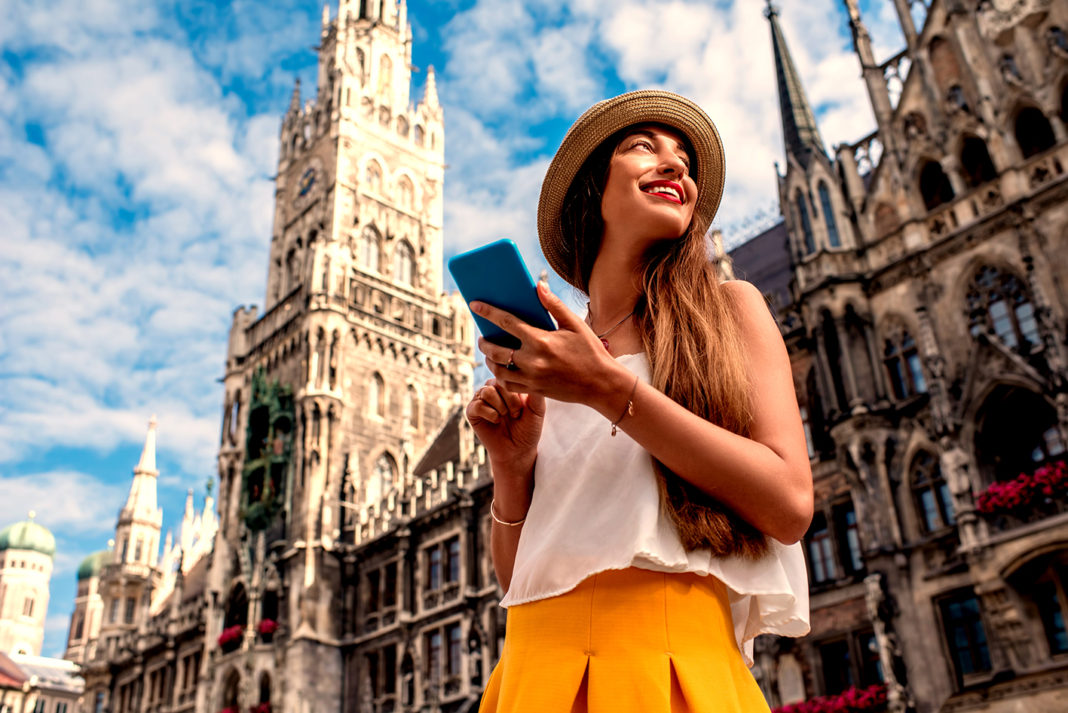 At the heart of Bavaria, in southern Germany, is Munich, one of the most graceful cities in Europe, nestled among sparkling lakes and a rolling landscape decked with fairy tale castles. With stunning views of the snow-capped Alps all year round, Munich is a vibrant metropolis that celebrates tradition, from beer brewed in ancient monasteries by monks to bowling with cast iron kugeln under the towering chestnut trees of the city’s largest park, Englisher Garten.

The genteel sophistication of a city that made leather breaches (lederhosen) a fashion icon, and the blue and white chequered dirndl worn by women on special occasions, the internationally recognized dress of Bavarian hospitality, is matched by the friendliness of the locals. Explore delightful outdoor markets such as the Viktualienmarkt, wander the gilded halls of the Alte Pinakothek art museum – one of the oldest galleries in the world – and you’ll understand why Munich is a city that basks in culture.

Among the attractions of this charming city are the wine cellars along the Neuhauser Strasse, one of the oldest streets in the city adjacent to the bustling Kaufinger Strasse, the main shopping district. A must see any time of the year are the manicured gardens of Munich’s most famous Baroque residence, the Nymphenburg Palace.

Munich is so endearing, you will be enthralled by its gastronomy and landmarks, such as the Gothic central square Marienplatz where, three times a day, a carillon accompanies a performance of mechanical figurines representing the city’s Medieval past. Within walking distance of the Glockenspiel is one of Europe’s most magnificent churches, the Frauenkirche, built during the 15th century and adorned with two giant green domes.

Madrid, Barcelona, and London are cities that attract visitors all year round, and are close to Bogotá thanks to daily flights with Avianca – Colombia’s flagship airline and Star Alliance member. Starting November 16, Germany becomes the third European nation to have a connection with Bogotá when Avianca launches its new direct flight, five days a week, connecting El Dorado International Airport with Munich’s Franz Josef Strauss International Airport.

This flight will be Avianca’s longest, taking an average of 11 hours and 30 minutes, in the most modern Boeing 787-900 Dreamliner. Avianca also operates this spacious long-haul aircraft on the Madrid, Barcelona and London routes.

Named by Skytrax Europe’s best airport for 10 of the last 12 years, Franz Josef Strauss is also a gateway for passengers connecting to destinations in the Middle East, Africa, India, South East Asia, China and Japan. With one gleaming terminal, connection times are greatly reduced, and the airport offers state of the art facilities, free Wifi, a Visitors Park with mini-golf, and even an on-site brewery – Airbräu. The airport is linked to Munich’s city centre with frequent train service.

In a city where old and modern meld with elegance and amiability-what Bavarians call gemütlichkeit, Munich is also an ideal hub for touring the Tyrolean Alps, Italian Dolomites, and resort towns such a Mittenwald, Innsbruck and Garmisch-Partenkirchen. Munich airport also offers frequent connections to destinations throughout Germany, as well as to all major cities in Europe and Eastern Europe, Scandinavia, Russia and popular vacation hotspots in the Mediterranean.

Even though Munich is famous for its annual Oktoberfest, when millions grab a bench under the bright lights of beer tents and flock to the city’s most famous tavern, Hofbräuhaus, Bavaria’s reputation is synonymous with big business, from the automotive industry, with the emblematic BMW tower and museum, to banking and insurance. It is also home to sporting champions FC Bayern München, and a visit to the 75,000-seat Allianz Arena, where the football club is based, is a must.

High-end technology and innovation thrive with a younger culture in Munich, and the city is known for its burgeoning music scene and night life. This younger generation also enjoys surfing the waves of the city’s main waterway, Isar River, and exploring the trails of the Englisher Garten where, at the heart of the park, under the Chinesischer Turm (Chinese Tower), brass bands entertain with knee-slapping rhythms.

Whether planning on visiting in summer, when Bavarians enjoy the outdoors and picnics on the grounds of the eccentric palaces built by “Mad King Ludwig,” or the Christmas season with outdoors markets selling mulled wine, wood carvings and pretzels, Munich is an energetic metropolis that, as of November 2018, is yours to enjoy. Take a seat in a state-of-the art Boeing 787-900 Dreamliner, with hours of free entertainment across the Atlantic, exceptional inflight service and meals, and your dream of visiting Germany will come true.

Ancient rituals to urban “high”: the rise and fall of Colombia’s...