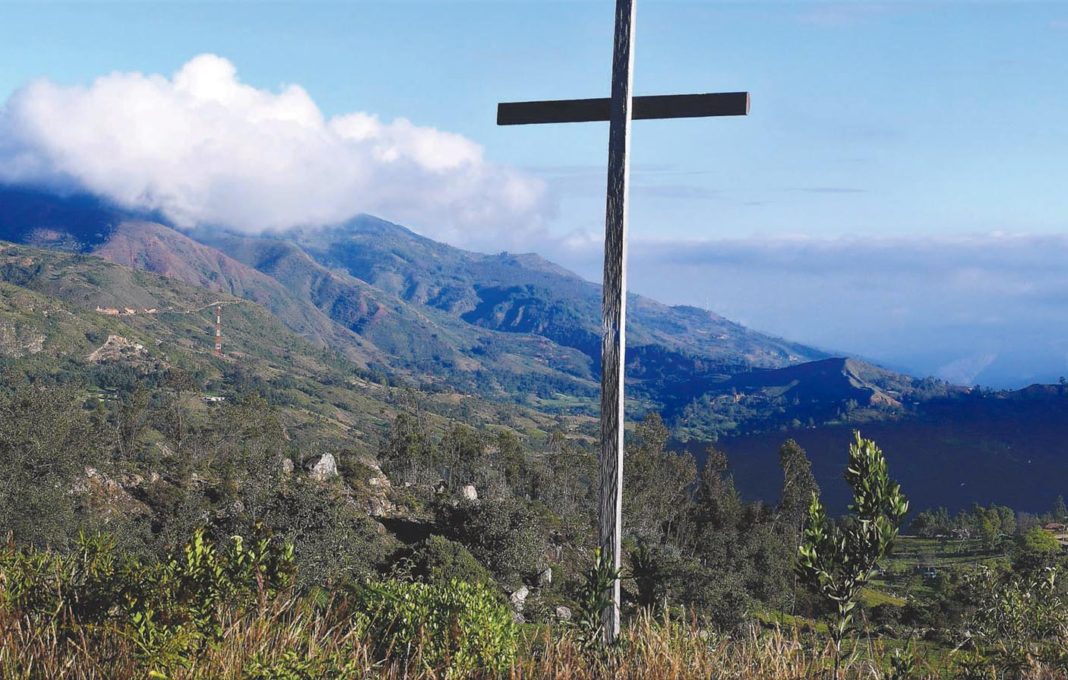 Poor Anja. She did not plan to kill her great uncle Günter. She had never killed anyone before – as far as I know – and has not been responsible for any untimely deaths since.

But, one Christmas with the celestial orbs aligned – as they tend to be this time of year – her encounter with Günter lead unquestionably to his demise. By destiny she would become the first of her German family to visit the old man since several generations. And, as she later would become acutely aware, the last.

I cannot remember too many details about young Günter, but I do remember Anja telling me he had migrated to Colombia at the end of the Second World War. Of course, my antenna started to twitch: had Günter followed the infamous ‘ratlines’ (routes often set up by senior figures in the Catholic Church to spirit Nazis into post-war exile) to South America?

Nazis hiding in South America is one area where fact and fiction quickly become interwoven in the colourful copy of the National Inquirer and Daily Mail. Did Hitler escape the bunker for Boyacá, and later get buried in a hotel basement? Did Eva Braun swap the Alps for the Andes after a U-boat ride to Argentina?

I confess to having myself once caught Nazi-hunting fever in the form of a fruitless search for Martin Bormann’s grave in a small town in Paraguay (later DNA tests proved his bones were in Berlin) and an unsuccessfully foray into Bariloche to find residents celebrating Hitler’s birthday which turned out to be an Easter Egg party.

But whatever motives brought young Günter to the New World – and for this story we will assume they were well-intentioned – he wound up in a small Andean village, perched at the end of a winding mountain road, and place where few outsiders set foot, let alone young Germans brimming with life.

And we also know he was happy. Very happy, even though for the next 60-years he never saw his large German family again until that fateful encounter with his great-niece. But, he did write letters.

Over the years, the letters would arrive to his surviving brothers and sisters, but often severely delayed by Colombia’s decrepit postal service. Not that it mattered much since in post-war Germany the family were poor, almost destitute, and no-one had the money to go and see him, or any idea how to get there. In fact, for the surviving siblings (every decade there were less) Günter might just have well have moved to the dark side of the Moon. Though, at least from Colombia the mail did, eventually, arrive.

Then, of course, Anja changed all that. She was a nurse who had signed up for overseas work with a health organisation, often nail-biting missions in countries in conflict: Afghanistan, Sudan, Kurdish refugee camps, and eventually Colombia.

We first crossed paths in the crowded illegal gold-mining camps in northern Angola where a terrifying meningitis outbreak was turning fit, healthy miners into thrashing, frothing, wretches and, too often, corpses.

Compared to that, our Colombia mission was routine – or pan comido – and with a small group of overseas medics, we were enjoying a cold Aguila in our shared house, close to the coast when Anja told us the exciting news.

“For my Christmas holidays I’m going to visit Great Uncle Günter,” she announced, before telling us his story through the years of correspondence passed down from this now-mythical family figure.

Günter had taken to his Andean village and the village had taken to him. To say this exotic figure had found his niche is perhaps an understatement: he was head-over-heels with his new life in the thin air, with lebensraum to spare, and most of all, a community of kind and willing hosts all too happy to have an extranjero liv- ing in their midst.

The pump broken? Günter will fix it. Someone to sort out Rogelio and Eugenio’s border dispute? Call on Günter. How can we get funds to mend the road? Send in Günter.

Judging by his letters, Günter’s Germanic practicality, and pragmatic get-it-done approach, was balm to the tradition-bound pueblito that had hitherto scraped by year after year.

Günter married a local woman, raised a family, and was elected mayor. Even better, he had bought a rugged little jeep, which he used of course for his good works, taking sick people to the larger town where there was a health clinic and coming back with bottles of rum for the next fiesta.

Back in his home country, his near-mythical status was now entrenched in the next generations who now, more than ever, wanted to find out what life was really like for Uncle, or Great Uncle. And now Anja was here in Colombia.

It took her two days of hard traveling by plane and rural buses to reach the Boyacá village. There, she found everything he had ever written was true, though he was no longer the mayor due to a heart condition and feeling light-headed after lunch. But, he was still an elder statesman of the community, adored by all, but especially his children and grand-children, and was still taking his old Willys over the hairpin roads to visit friends in nearby veredas.

But if everything was as Anja had hoped for, fulfilling the legend and more, nothing could prepare her for the reception she would get as the second German visitor in over half a century, and Günter’s first relative to beat a path to his door. You might say they rolled out the red carpet.

During various celebrations she became friends with her new distant cousins, many her same age, and swapped phone numbers and emails – something Günter had never seen the need for. Now, she would connect this long-lost branch of the family to their German roots.

All too soon her holidays were over, and she flew back to the coast where now, with her face glowing from the fresh Andean air, she recounted her adventures and the momentous journey she had undertaken, closing a family circle after 60 years.

But then, even as we sat on the patio with a cold beer, her phone rang. It was one of her new family from the village. She seemed surprised. Then shocked. Then, in the dim patio light I could see her countenance change to despair. She dropped the phone, rocked forward and sobbed.

“Yes, but I changed his heart medicine. I went to town to get him the new pills that would help his shortness of breath. But they also made him very sleepy. And now he’s dead…”

She broke off into a wail.

So, what to do? Poor Great Uncle Günter. And also, poor Anja. This was not an everyday situation, confronted with the reality that, yes, on balance, one had played a part in events resulting in one’s long-lost great uncle to shuffle off his mortal coil. Worse, in our merry state, we were not table to offer the most sensible support to the grieving nurse.

“He was probably ready to clock out anyway,” said one. “Hope the jeep is reparable,” said another. Anja sobbed some more, then a calm descended.

“There is only one thing to do,” someone said. “Go back and bury him. Now. Just do it. Then, never look back.”

And she did. That very night she grabbed her travel bag – still not unpacked from her previous trip – and got a late flight out, then a bus, then another bus, then a truck-bus, until she arrived at the funeral.

Of course, the village rejoiced to see her again, and were amazed at the cosmic coincidence that their venerable German leader had died so shortly after his first ever visit from the old family. And Anja stayed firm, led the Colombian family in prayer, and paid for an almighty celebration in the village afterwards.

“Play your cards right, you could become the next mayor,” I told her when she phoned me from the village. “Oh, and Merry Christmas.”

She sighed. “This is one Christmas I don’t want to remember.” 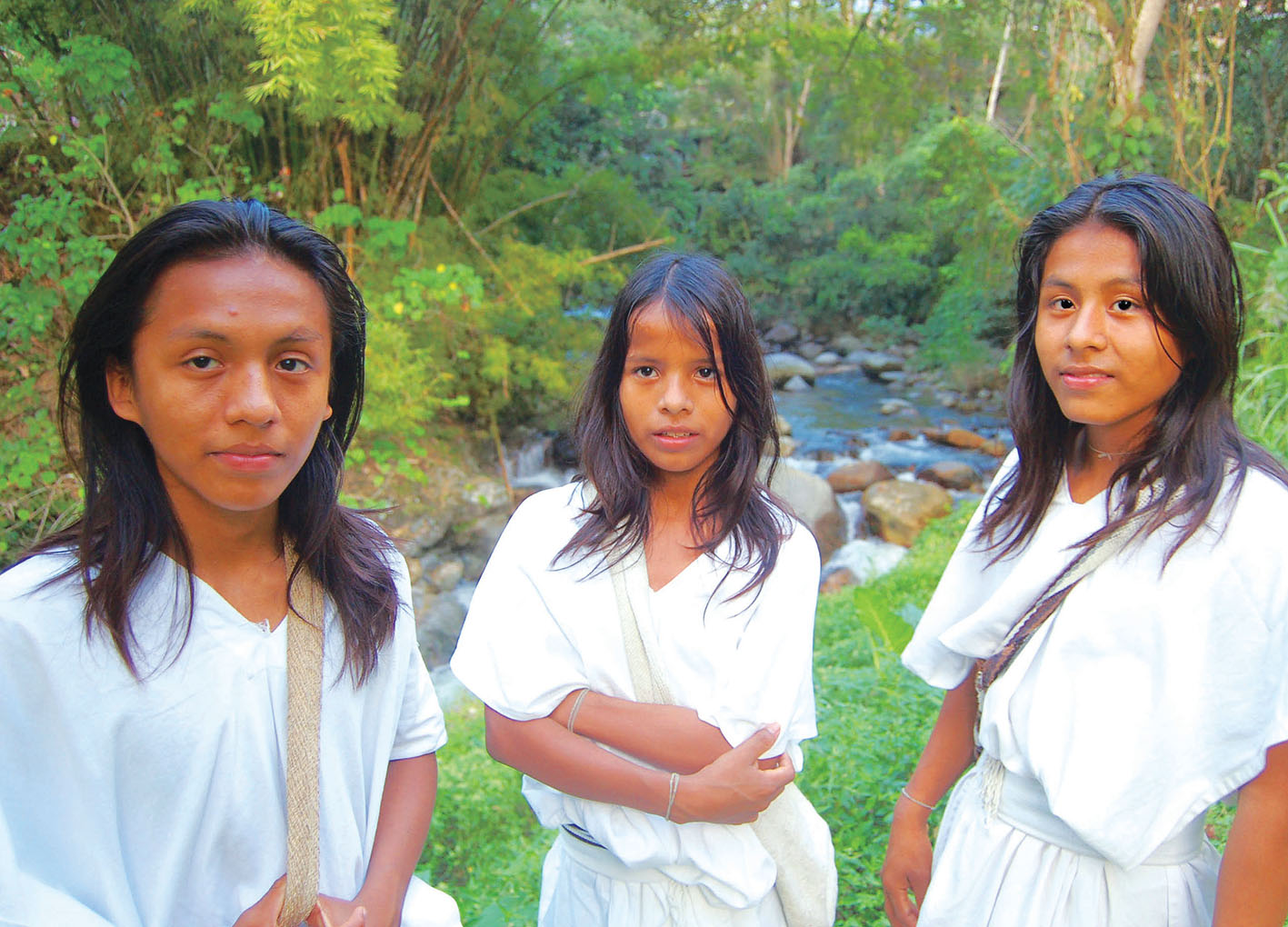