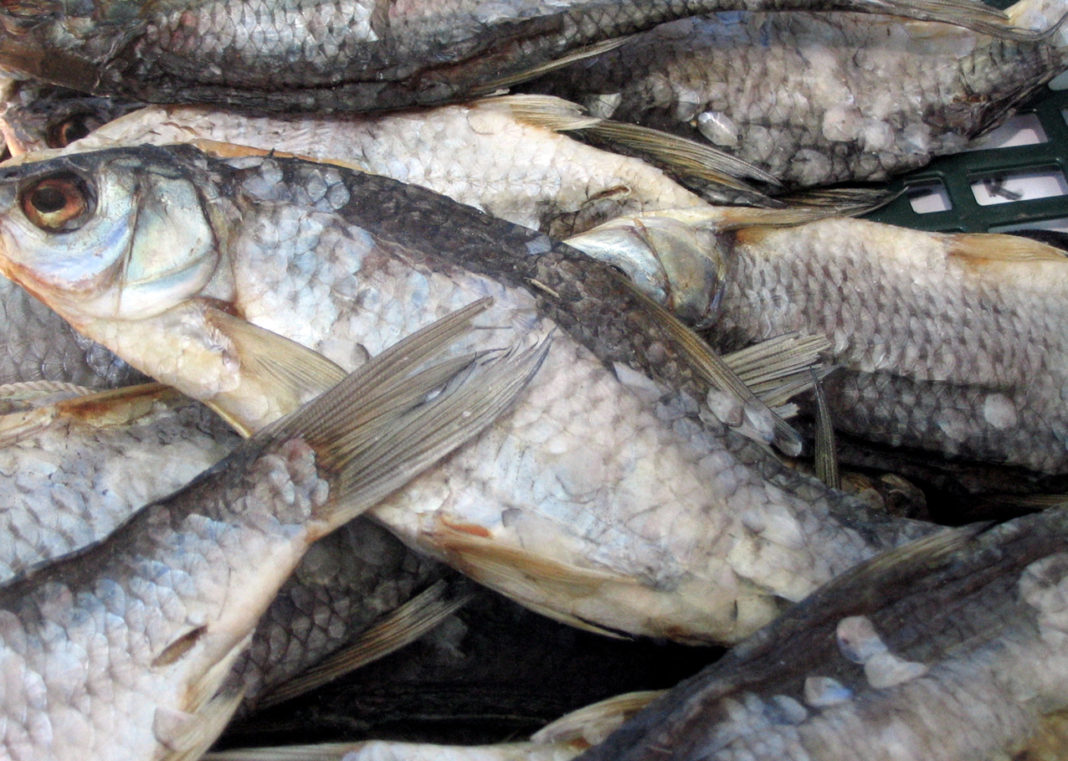 Colombians love meat and potatoes even though there is a growing trend towards more plant-based dishes. But, during one week, every year, fish literally flies off supermarket shelves.

Holy Week – Semana Santa – is when Colombian most consume fish in keeping with the tradition of Lent. But besides the religious ingredient, it is a week in which Colombians change their routine, go local, and enjoy traditional dishes, many of which are fish-based, such as Sancocho de pescado, Bagre en salsa, Trucha a la brasa.

According to the National Aquaculture and Fisheries Authority (AUNAP), 30 years ago, the annual per capita consumption of fish in Colombia was 1.7 kilos. By the end of 2017, this number stood at 8.4 kilos.

To give another example of how Lent drives domestic fish consumption, in the capital’s main food distribution complex, Corabastos, 50 tons of fish enter Bogotá daily. During Lent, this number rises to a staggering 720 tons.

Given the fact that so many Bogotanos leave the city for warmer climates, such as the coast and Magdalena river basin, this also translates into more fish on plates in small towns and intermediary cities. In Honda, Tolima, the preferred dish during Lent is a river fish, called cachama. According to the Ministry of Environment, 35% of Colombians prefer river fish over sea fish, but only by a 5% margin. The other 35% are fish from hatcheries, such as trout and Chilean salmon.

Among the most popular river fish to make their way into stews or steamed with rice and potatoes are Bagre (catfish), Dorado and Tilapia. When it comes to sea fish, Colombians like their Mojarra, Sierra and Pargo deep fried an accompanied with coconut rice and plantain. Sadly, as so many sea fish are endangered by over-fishing, or being depleted by unnatural predators such as Lion Fish, the eco-friendly option for those special meals under the stars this holiday season are cultivated shellfish. Could there be a better meal in Cartagena than a shrimp coctél de camarón?

According to Duván Cardona, professor of the Andean Gastronomy Program and specialist in Colombian cuisine, “the most important thing to remember is that not all types of fish are good for consumption, since we affect their habitat, reproduction and life cycle.” Therefore, one should consult which type of fish is recommended by the Ministry of Environment.

Here, some recommendations from the Ministry:

Striped Catfish (Bagre): Make sure the catfish does not measure less than 80 cm.

Bocachico: Do not buy or consume Bocachico less than 25 cm long. This is considered the minimum size per capture.

Pirarucú: Between October 1 and March 15, do not buy or consume it as it is reproducing and one of the Amazon’s endangered species.

Mero: Also endangered, so best chose a different option, such as harvested salmon.

Sierra: Buy and consume this Caribbean fish only if it is larger than 26 cm.

Spiny Lobster: Between April 1 and June 30, do not buy or consume lobster from San Andrés or Santa Catalina.

“With more than 2,000 species of marine fish and 1,435 freshwater species to chose from, there are a range of alternatives so that endangered stocks have a chance at survival,” says Cardona.