Arturo York, fish restaurant owner, sometime poet and former secret intelligence operative for the Colombian government leans over with a mischievous, gap-toothed smile and fixes his one good eye on me. “El futuro es ya!” he exclaims triumphantly. He cocks his head back, waves in a couple of curious Bogotanos on their lunch break peering through the restaurant’s non-existent doors, and begins a skilful exposition of 20th century Latin American literature.

The future is now. York had been politely dismissing my rather trite question about whether he planned on securing a book deal any time soon (he’s already a mini-celebrity in Bogotá, having had El Tiempofilm a documentary on him a couple of years ago) but the phrase also neatly encapsulates a life spent traversing Colombia’s geographical, historical and cultural landscape, not to mention his unorthodox career path.

York began his working life in the DAS, Colombia’s now-defunct national security service replaced by the National Intelligence Department (DNI), in 1969 after graduating from Cali’s Universidad del Valle. He tells me that out of 80 applications, he was one of two to be selected. Yet his salad days there predated the emergence of the narcotics trade and the internecine violence between guerrillas and paramilitaries which was its corollary. He remembers fondly when DAS employees were treated with ‘respect’ by their peers, carrying out a valuable public service, rather than the shadowy secret police shuttered after an illegal wiretapping scandal.

Yet York is under no illusions about the nature of his former profession. The business was intelligence “conducted on behalf of the president of Colombia,” in addition to surveillance and infiltration, and the collection of personal information, correspondence or otherwise, was part of the game. “The only thing that has changed,” he grins, “is that technology has made the job a whole lot easier.”

Notwithstanding the challenges of secretively filing reports in the middle of the night by public telephone, York rose quickly in the DAS and soon moved to the narcotics division, where the nature of the work dictated that he move often and rapidly from city to city. Medellín, however, held the biggest challenges of his career, where he uncomfortably remembers being caught in the middle of the nascent war between rival cartels at the end of the 1970s.

York’s Afro-Colombian heritage was an asset in his work. It allowed him, for example, to infiltrate gangs, which were no-go areas for white agents in Manizales. His African descent also shapes his sense of cultural identity, particularly with regard to the Chocó department, the remote eastern Colombian province that borders the Pacific Ocean, densely rainforested and largely neglected by the government until recent years.

York’s hometown, bordering the fast-flowing waters of the San Juan River, is “by far the most beautiful in the world,” he is at pains to tell me. The Chocó was historically a refuge for runaway slaves from plantations in the north, where newly emancipated cimarrones could live a simple subsistence lifestyle in black free towns, or palenques. It is this geographical and social separation, according to York, that has maintained the region’s unique African way of life, and which distinguishes it from the mulatto culture of Brazil.

It also formed the inspiration for the former agent’s current métier – running El Rincon de York perhaps Bogotá’s most acclaimed Pacifico restaurant, which was started on a shoestring budget after his retirement from the DAS and a few years of bodyguard work. Over arroz de mariscos and cazuela and under the bright colours of the restaurant’s faux colonial cornices, York assures me that la comida is as intrinsic a part of Afro-Colombian culture as the salsa bars of Cali.

The restaurant is now a success, and has encouraged other Pacificos to take the plunge in Bogotá. But perhaps its most arresting feature is the series of one stanza poems painted gaily on its walls and all signed, simply, York.

Just like the food, the poems draw from York’s passionate love of the Chocó. Mostly written in free verse, and with a romantic fixation on the natural world, they display a reverence for the region’s mineral wealth – “gold, platinum and other metals of life” –which have been exploited, York claims, by unscrupulous companies that have done little to alleviate the poverty of the department.

York has not studied poetry, and is modest about his work. “I’m no writer,” he claims, telling me that his verse is largely written in fits of inspiration, in a battered notebook he keeps in the kitchen. But it is hard not to be enthused by the old spy pro’s earnest love of his home province, particularly considering its troubled recent history. As we end our conversation, York moves off to welcome more customers, regaling them with stories and making his future, moment by moment. 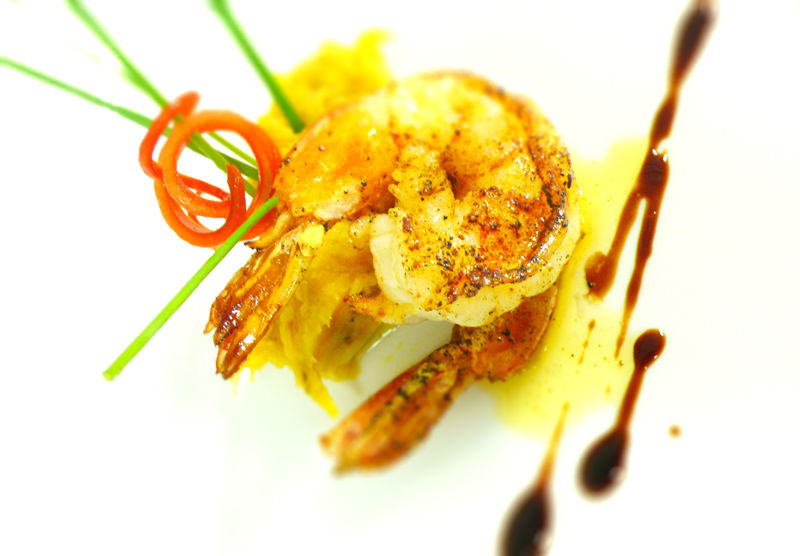 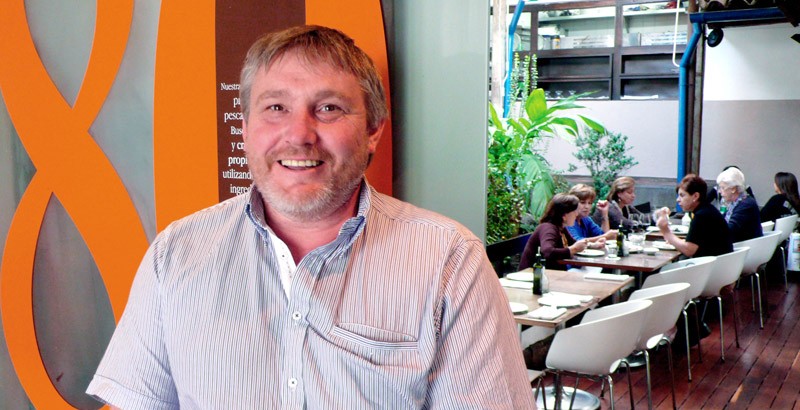