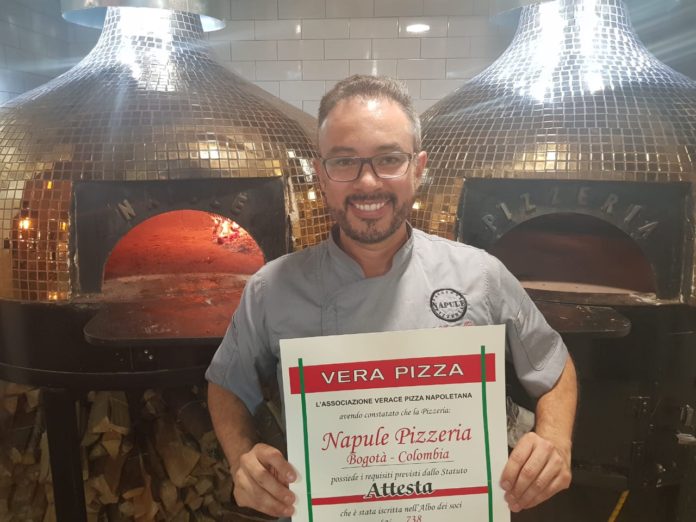 Few dishes in the world have conquered the hearts of so many in a relatively short amount of time as pizza. And pizza from Naples, the accepted birthplace of the tomato and cheese pie as we know it today, is considered the standard by which all others are measured.

In 2017, UNESCO granted the Neapolitan pizzaiuolo (pizza maker) and the four-phase process of making pizza a place in the List of the Intangible Cultural Heritage of Humanity. True Neapolitan Pizza adheres to its own set of rules and specifications, from the ingredients and toppings used, the way the dough is handled, its shape and size, to how for how long and where it’s baked.

Pizza is, perhaps, the single most popular dish in the world, and with a few exceptions, pizzerias are commonplace in most parts of the globe. However, only 742 pizzerias worldwide have been certified as serving authentic and traditional Neapolitan pizza.

The certification Vera Pizza Napoletana is issued by the Associazione Verace Pizza Napoletana, AVPN, the organization in charge of protecting and “dignifying” Naples’ culinary legacy since 1984. Founders Antonio Pace and Lello Surace have made it their cause to train and certify pizzaiolos from around the world, including Italy, Japan, United States, and Australia, to name a few. And, according to the VPNA website, of the total emitted certifications, 555 pizzerias are operational today.

As of the 26th of June this year, ranking 738 on the list, Napule Pizzeria, serves a certified Neapolitan pie. The restaurant invites for casual dining, serving classics such as Margherita, the quintessential of Neapolitan Pizza, which honors Queen Margherita of Savoy, and the unification of Italy by making a reference to the red, green and white flag with tomato, basil and cheese toppings.

Napule’s Margherita is a true delight. Baked faultlessly, the crust is golden and the shell is neither mushy nor hard. The mozzarella melts with the San Marzano tomato sauce just right, and the aroma of the basil leafs and olive oil temps you to have yet another bite, leaving you wanting more. All pizzas are personal size, and other options on the menu include the prosciutto and arugula pizza ($34,000), and the recently added Genovese made with artichoke, pesto, and mozzarella ($29,000). Hawaiian Pizza, one of Colombian’s most popular, yet frowned upon in Italy with disgust, is not on the menu and is only offered upon request as a kiddy special.

All ingredients at Napule are imported from Italy, and two wooden ovens turn the pizza pies as required to assure even cooking. “I spent three months adjusting the ingredients to come up with a dough truthful to the one prepared in Naples, and attainable at the high altitude and weather conditions of Bogotá,” explains Melco Martínez, one of the founders of Napule.

Martínez, 42, knows too well the ins and outs of pizza making, and how special it is to are the Vera Pizza Napoletana certification on the wall. “This is serious business. The AVPN carries out secret inspections and will decertify those that do not comply with rules and regulations. You have one chance to make amends, but, once you are out, there is no way of getting the certification back,” he said.

Martínez discovered his passion for the craft while developing his thesis in sustainability in Sweden, and decided to learn first hand from the masters of the AVPN. Months after he was certified as a pizzaiolo in October 2016, he opened his first parlor in Bogotá in the Javeriana University area. He then opened his second restaurant on Carrera 9, which owns the certification, and teamed with Vito Iacopelli of Prova – an L.A. pizzeria – to reinforce his experience, and uphold his commitment of protecting the Neapolitan culinary legacy. For Iacopelli, a third generation pizzaiuolo, and famous on the internet for his Youtube videos on pizza making, teaming up with Martínez made it possible for him to start franchising internationally.

The pizza-making duet has proven to be fruitful, promising more ventures in the future, and offering truly authentic Neapolitan pizza. Or, should I say: mamma mia, pizza veramente Napoletana!

Prudencia: The virtue of fine dining in La Candelaria