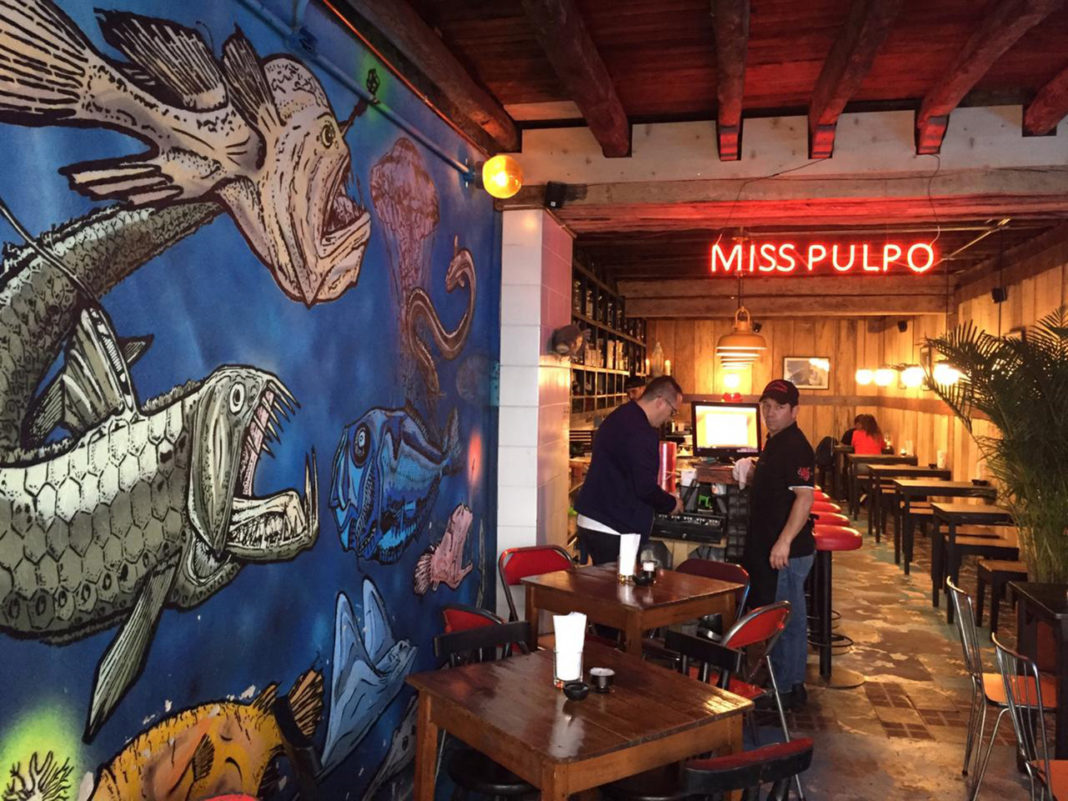 Carlos Ramírez has been transforming dilapidated houses in the center of Bogotá into hip restaurants before Orange became the fashionable color of creative industries. By putting on the gastronomic map off the beaten path places, he is giving people an excuse to rediscover areas of the city that are home to some iconic landmarks, unique stores and streets.

Carlos’ search for authenticity does not undermine his clear sense of business and hard work, which has paid off and fueled new projects. He now owns eight eateries, most of which are located between Calle 22 and Bronx Creative District.

“The center of all great cities is the place where everything happens, and if you want to get to know a city, you have to explore its center,” believes Carlos.

He ventured in the restaurant business by renovating La Bolera de San Francisco. A dispute with a partner left him penniless. Being broke didn’t stop him, though. After realizing he wanted to recover landmarks, he opened Madre (Calle 12 No.5–83), a brick oven pizzeria that also offers a Mediterranean menu. The industrial setting, live music and refreshing cocktails have made this restaurant a popular meeting place.

“All my restaurants are product-quality based kitchens. We use the best ingredients available and cook them with care to ensure top-notch dishes. It’s costly, but the client is most important for me,” he explains.

Carlos’ restaurants have open kitchens and offer dishes between $25,000 pesos and $42,000. From Pan Asian fusion to Colombian signature dishes, from elaborated techniques to fast food kitchens, the list grows every year, and the names he chooses for his restaurants are intriguing, personal, at times irreverent and even defiant.

Madre was named in honor of Maud Wagner, the first female tattoo artist in the US. Indio, his only restaurant in Chapinero Alto (Calle 58 No. 3A – 44) offers brick oven pizzas and took its name after Carlos’ personal search for ancestral connection.

Cerdo, the third eatery Carlos opened is located three blocks from the Museum of Modern Art of Bogotá – MAMBO, and Torre Colpatria, the second tallest building in the city. It’s an on-the-go joint, where exposed brick and drawings of pigs decorate the walls. The kitchen operates in a shipping container, serving pork burgers and pork rinds. Combos include French fries and a beverage. Cra 7 No.22–19.

Walking around the city center is an invigorating experience. Vendors peddling sweets and handicrafts, performers swaying objects on Carrera 7, street criers charging forth their cause and government workers heading from one building to the next in Plaza de Bolivar give it a unique an authentic vibe.

The further West and South-West from the Plaza you go, the busier and grittier streets become. Crossing into San Victorino, where the infamous El Bronx used to be, and now Colombia’s first Creative District, is one of the city’s biggest wholesale and retail open-air shopping areas.

Be street savvy, and enjoy the experience. Include lunch on your itinerary at Fuego, located on the top floor (no elevator) of La Gran Manzana Shopping Center (Calle 12 No.13– 85). The menu is simple serving Colombian home-cooked food, such as the frijolada arriera. The portions are big, and the view of the Basilica of Sagrado Corazón across the Avenida Caracas in Voto Nacional is simply breathtaking.

On the Corner of Calle 10 with Carrera 9, in a restored colonial house, steps away from City Hall, and near stores selling military paraphernalia is Miss Pulpo (in reference to the gender fluid community) offering plenty of ceviches to choose from, grilled shellfish, chowders, salads and Peruvian tiraditos. The food is fresh, well prepared and varied. A real treat.

Two storefronts north is Carnivoro serving a variety of grilled meats. T-bone, skirt, sirloin, ribeye and tenderloin are cuts served with criolla potatoes and salad. The wine list is ample and affordable. Vegetables and salads are available, and the décor is inviting, including the stencil on the window, which gives a new meaning to the word butcher.

On the second floor of the same Colonial house, Carlos recently inaugurated Padre, in honor of his deceased father and other patriarch figures, good and evil. Specializing in Colombian signature cuisine, the menu is plentiful and offers a plantain and pork rind ravioli or coconut achiote rice with shellfish. Padre offers a distilled coffee bar experience and live music. The place is stunning and aims to encourage people to enjoy La Candelaria after office hours.

“Padre is very important to me, because I am applying all I have learned in these four years since I started,” explains Carlos.

He believes downtown Bogotá is slowly undergoing important changes, luring in different people to rediscover it. He has been part of that transformation, and knows, however, much still needs to be done and is willing to take on the challenge. He is a big believer in the city, after all, as he explained, “I love this city. I have had it all and lost in all here. Bogotá has always given me a second chance, and I will always bet on it too.” 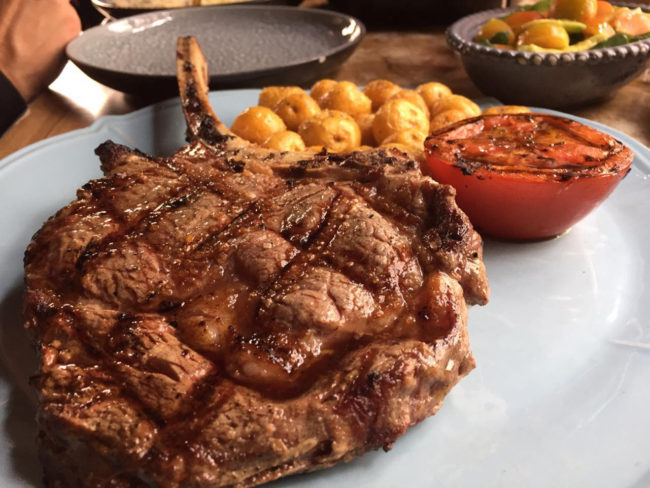 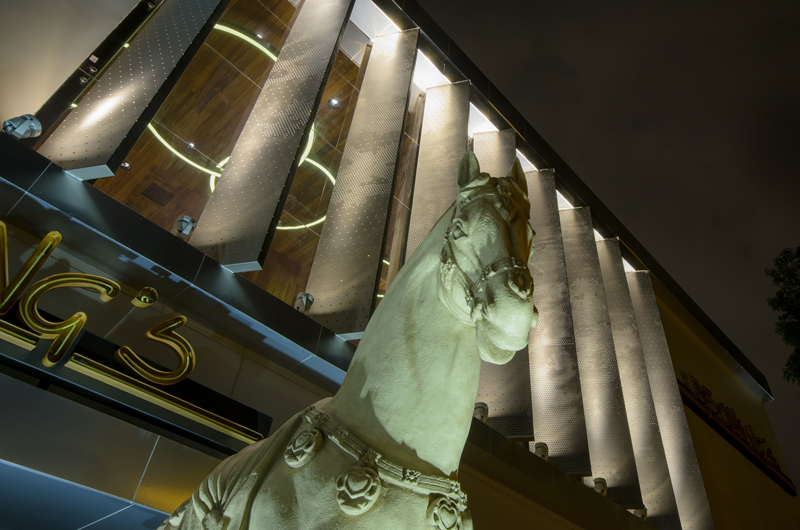